On New Year’s Day 1979, Notre Dame and Houston met in the 43rd Cotton Bowl Classic following a brutal winter storm in Dallas. Though the Fighting Irish jumped out to a 12-0 lead, the Cougars scored the next 20 and held an eight-point lead at halftime. Fighting the flu and struggling to stay warm, quarterback Joe Montana (‘79) stayed in the locker room when the team returned to the field, while the medical staff covered him with blankets and fed him chicken soup. Houston added two more touchdowns, and the outlook looked bleak for the Fighting Irish. But Montana returned and Notre Dame scored 23 points in the fourth quarter to pull off a 35-34 victory. To this day, it remains one of the greatest comebacks in college football history. In this ’Strong and True’ moment, Bob Crable (‘82), Kris Haines (’79), Vagas Ferguson (‘80) and former sports information director Roger Valdiserri (’54) recall the unforgettable Irish win. p(image-center). 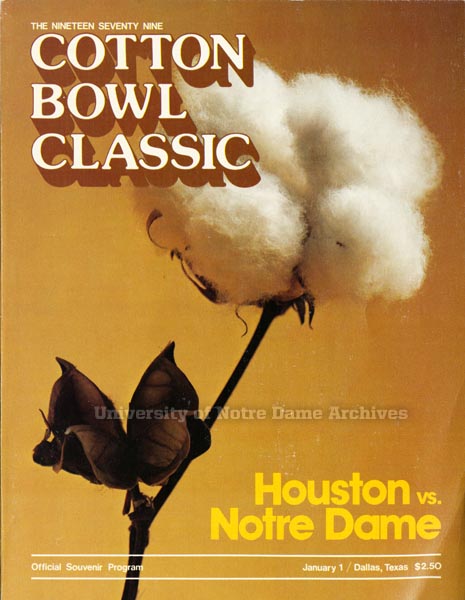 The Fighting Irish and Cougars played in Dallas on New Year’s Day, following the city’s worst ice storm in decades. 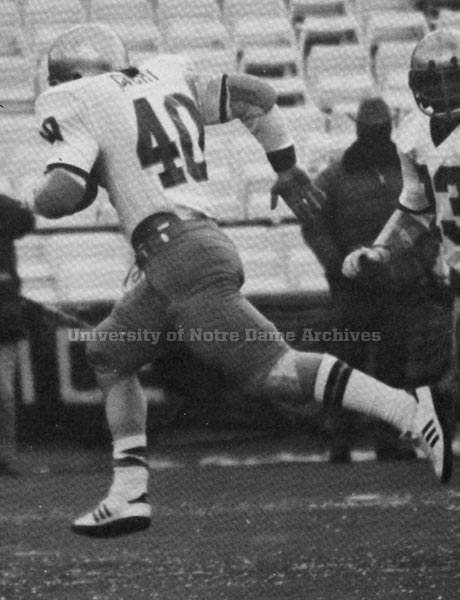 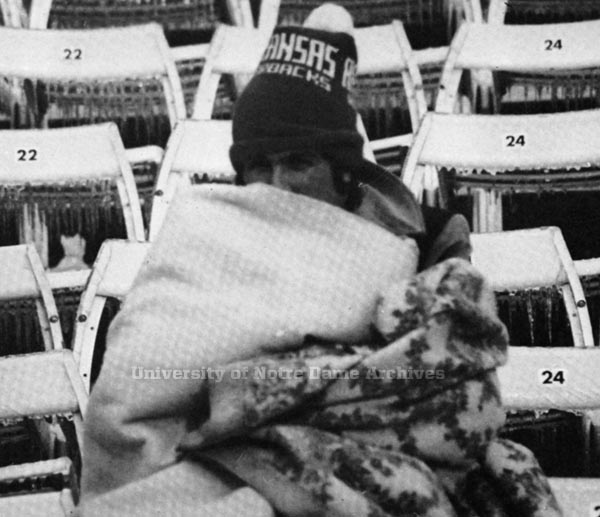 Fans bundled up on an unusually cold New Year’s Day in Dallas. 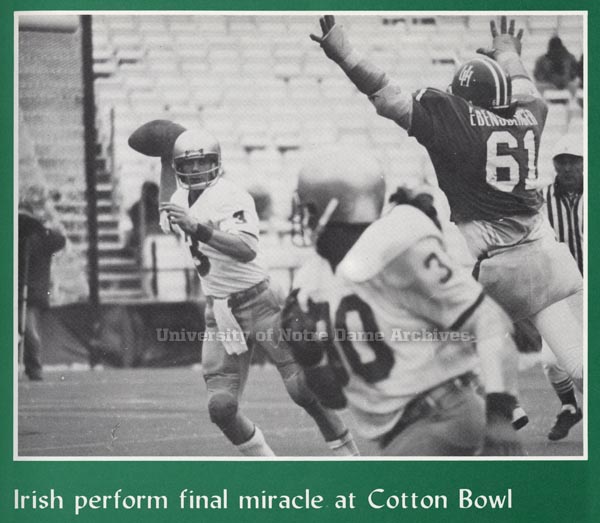 Battling the flu, Joe Montana led Notre Dame to one of the greatest comebacks in college football history after eating a bowl of chicken soup at halftime. 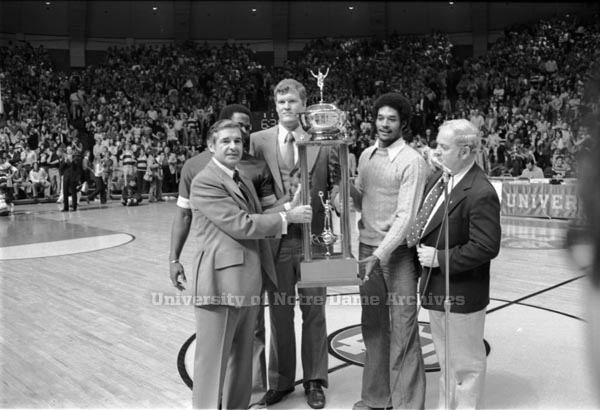