This Day In History: The Snow Bowl

On Nov. 14, 1992, the Fighting Irish met the Penn State Nittany Lions on a snowy Saturday at Notre Dame Stadium. Trailing 16-9 with 25 seconds remaining, Notre Dame quarterback Rick Mirer (‘93) threw a touchdown pass to Jerome Bettis to pull the Irish within one point. In the days before overtime, head coach Lou Holtz elected to go for the win. He drew up a two-point conversion play on the sidelines, and as they say, the rest is history. Mirer found Reggie Brooks (’93) in the back of the end zone, lifting Notre Dame to a 17-16 victory. In this ‘Strong and True’ moment, Brooks, who is now the university’s Manager for Monogram/Football Alumni Relations, and teammate Irv Smith (’93), look back on the memorable play. 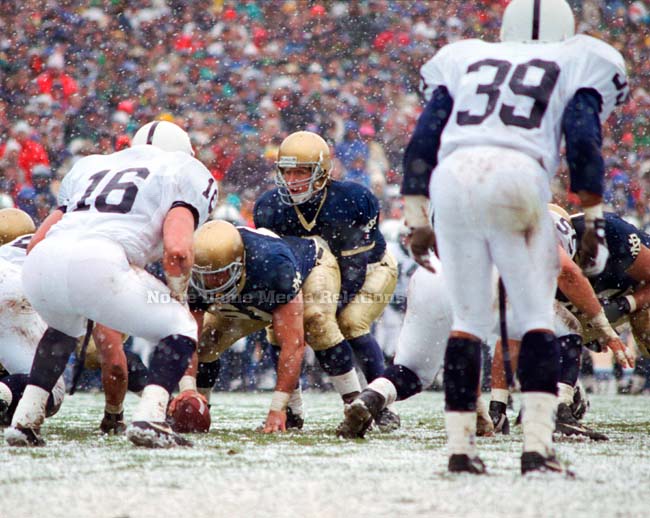 In a dramatic conclusion to the series between Notre Dame and Penn State, the Fighting Irish emerged with a 17-16 Snow Bowl victory.