In 1928, Notre Dame struggled to a 5-4 record, the team’s worst mark in Knute Rockne’s tenure as head coach. During the following season however, the Fighting Irish did not lose a single game and finished the year with a perfect 9-0 record. With construction of Notre Dame Stadium set to begin, they played all nine games away from South Bend. Notre Dame outscored opponents, 132-38 and closed the season with a 7-0 win over Army at Yankee Stadium. One of four teams to end the season undefeated, the Fighting Irish finished atop the Dickinson rankings to earn their second national championship and first of two consecutive titles. In this ‘Strong and True’ moment, look back on the season through images from the University of Notre Dame Archives.

Frank Carideo carries the ball on a punt return. 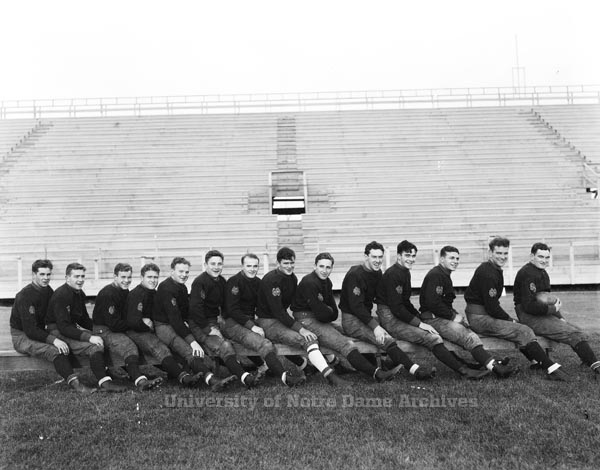 Members of the 1929 Notre Dame football team sitting on a bench at Cartier Field. Team captain Johnny Law is on the far right, holding the football. 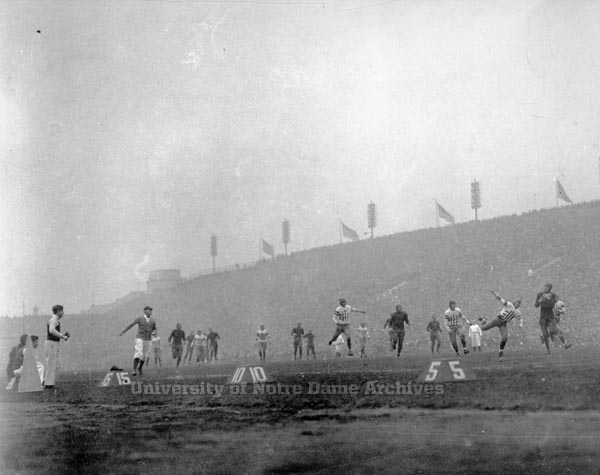 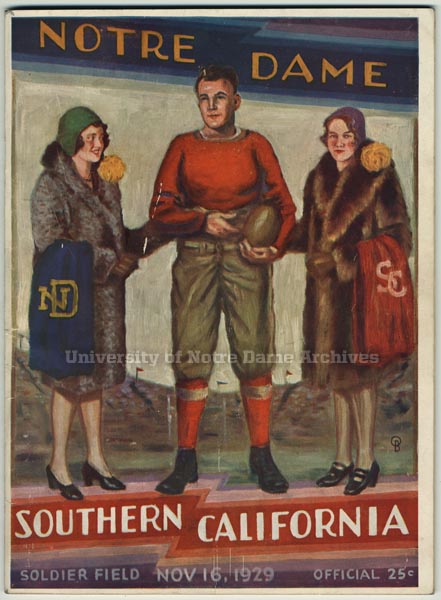 To this day, the crowd for the 1929 Notre Dame – USC game is one of the largest in college football history. 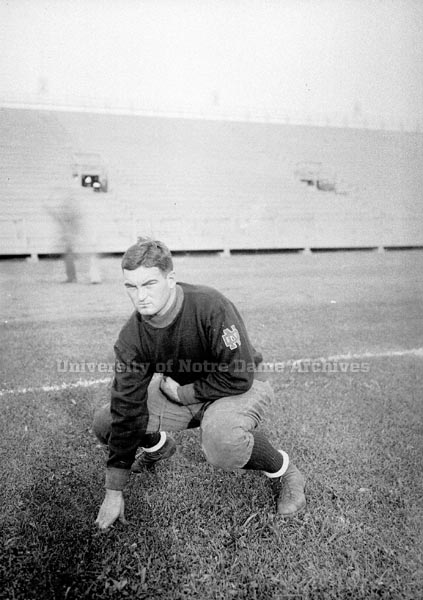 Guard John Law (‘30) played four years for the Fighting Irish, started his final two seasons and was the team’s captain in 1929. 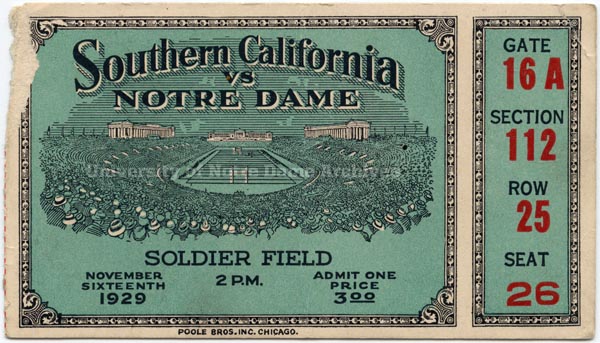 Ticket stub from the 1929 game between Notre Dame and USC. 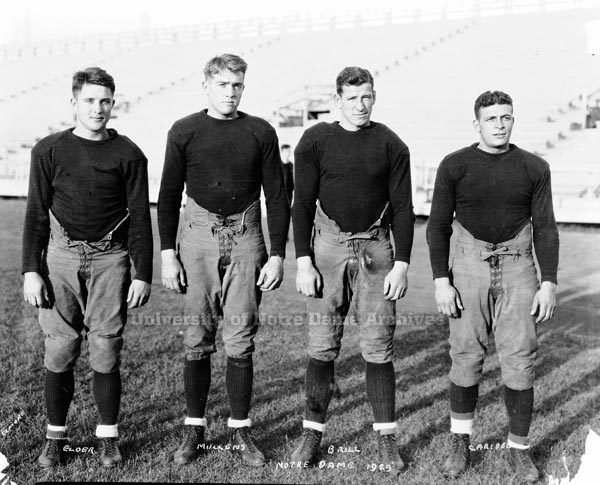 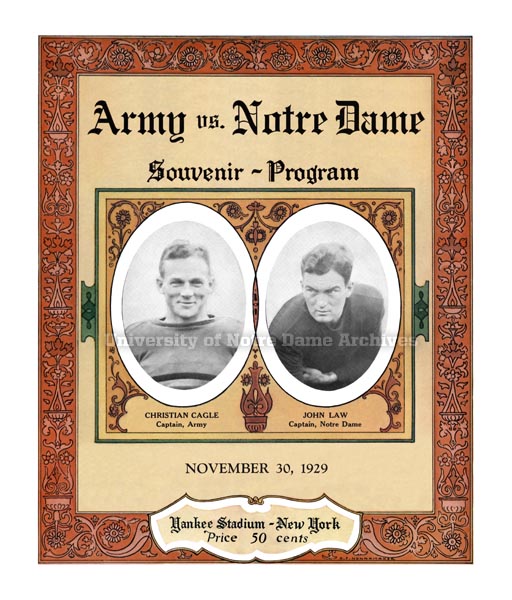 The Irish capped off a perfect season with a 7-0 win over Army at Yankee Stadium.