Notre Dame’s football history against Army dates back to 1913, and the Fighting Irish have played Navy in every season since 1927. During World War II, however, the Notre Dame schedule also included opponents from flight schools and training centers. One of these teams was Iowa Pre-Flight, who in 1943, arrived in South Bend as the nation’s second-ranked team. Led by All-American halfback Creighton Miller (‘44) and future Heisman Trophy winner Johnny Lujack (’48), #1 Notre Dame fought its way to a 14-13 victory over the Seahawks at Notre Dame Stadium.

The following week, the Irish lost to Great Lakes, 19-14, but their early season dominance, and victories over five top-10 opponents, helped Notre Dame win a fourth national title, and first since the Associated Press began its poll in 1934. In this ‘Strong and True’ moment, recall the game and 1943 season in a series of images from the Media Relations office and University of Notre Dame Archives. 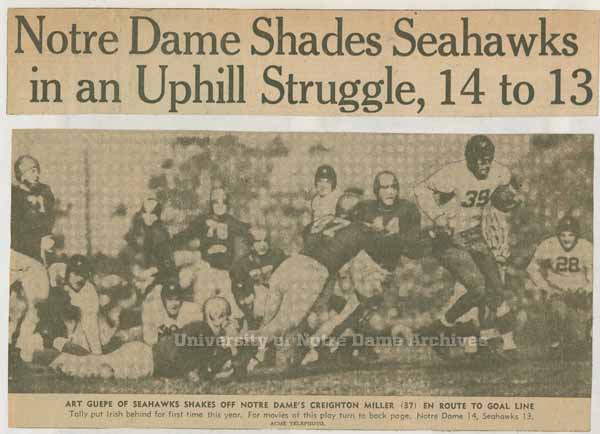 A newspaper clipping and action photo from the Fighting Irish’s game against Iowa Pre-Flight. 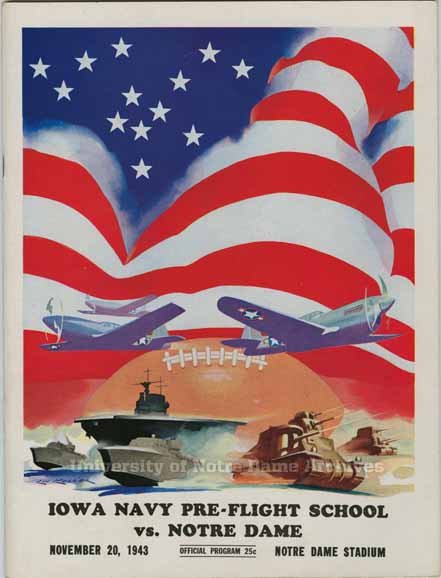 The program cover for the 1943 game between #1 Notre Dame and #2 Iowa Pre-Flight at Notre Dame Stadium. 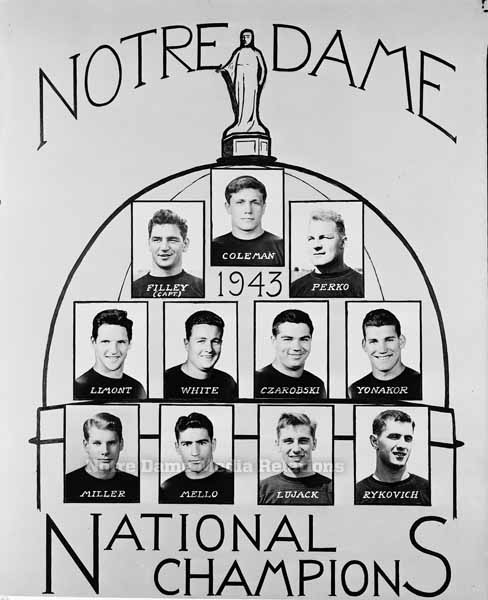 A photo collage featuring members of the 1943 Fighting Irish team. 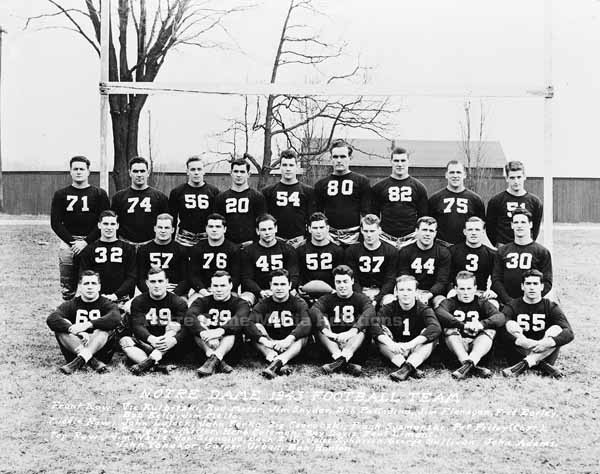