Going into the 1964 season, few knew what to expect from quarterback John Huarte (‘65). The Santa Ana, Calif. native was sidelined with injury for most of his sophomore year, and did not play enough as a junior to earn a monogram from Notre Dame. Head coach Ara Parseghian saw the senior’s potential, and as a starter, Huarte threw for 2,062 yards and 16 touchdowns, while also running for three scores. The Irish finished the season 9-1, and Huarte pulled off one of the biggest Heisman Trophy surprises of all-time. In this ‘Strong and True’ moment, look back on Huarte’s career and memorable season through images from the University of Notre Dame Archives. 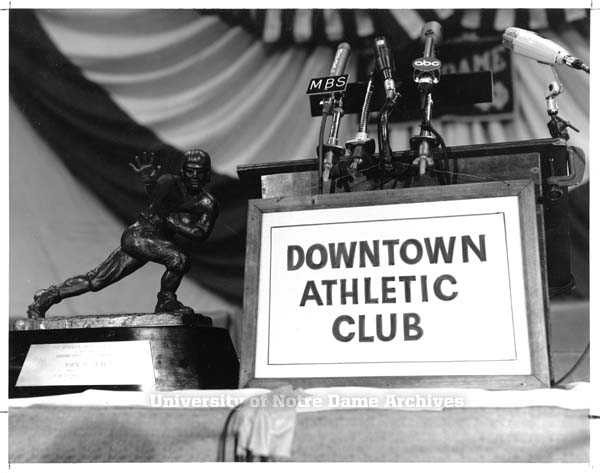 Quarterback John Huarte’s Heisman Trophy on a table at the Downtown Athletic Club in 1964. 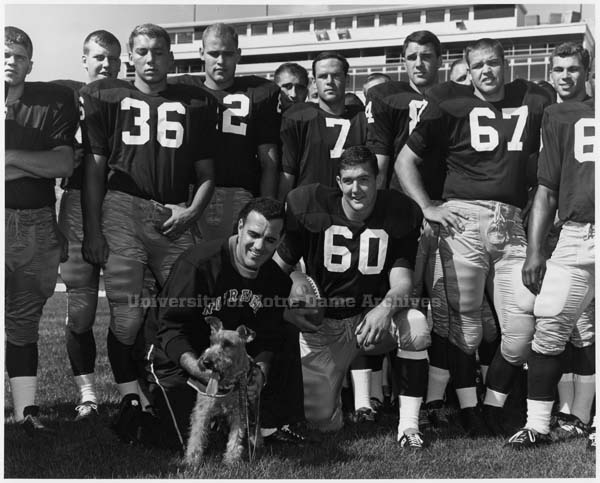 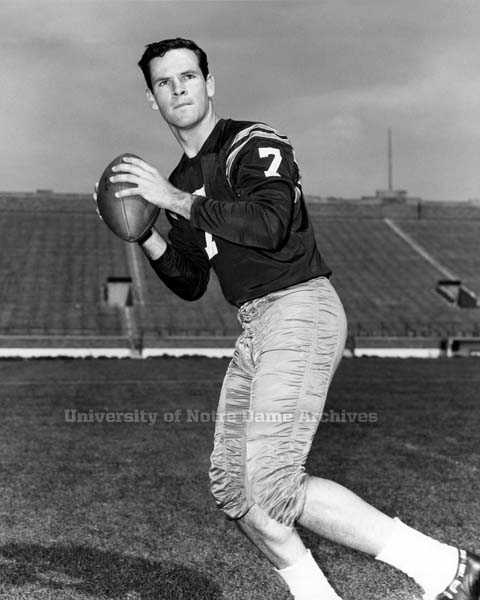 Huarte won the Heisman Trophy before he had actually earned his Notre Dame monogram. 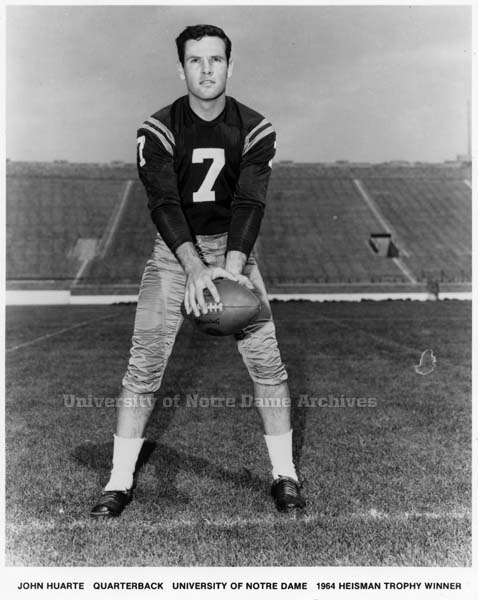 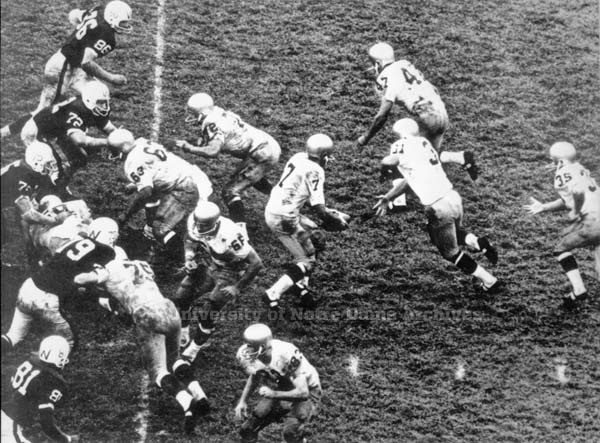 In the 1964 opener at Wisconsin, Huarte threw for 270 yards and two touchdowns. 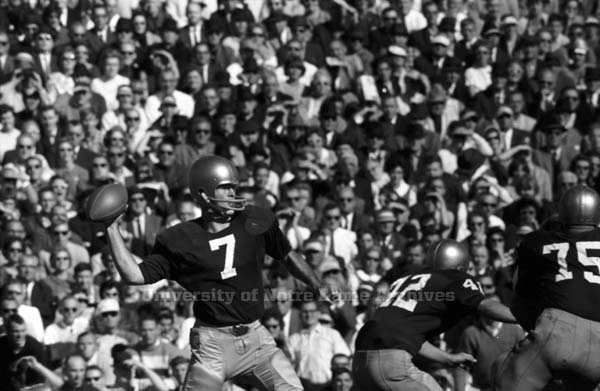 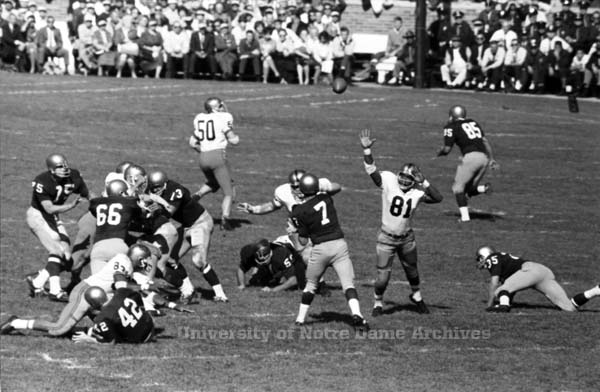 The Irish quarterback finished the 1964 season with 2,062 passing yards and 16 touchdowns.