After leading the Fighting Irish to a 9-0 season and national championship in 1929, head coach Knute Rockne brought another title to Notre Dame in 1930. The team outscored opponents, 265-74, and won all ten of its games. It was also an historic season because it marked the opening of Notre Dame Stadium. Five games were played in South Bend, beginning on Oct. 4 against Southern Methodist. The season culminated with a 27-0 win at USC, and a championship celebration ensued back in Chicago and South Bend. Notre Dame had won 19 consecutive games, and the Irish seemed to be on the verge of a dynasty. In this ‘Strong and True’ moment, look back on the historic championship season through images from the University of Notre Dame Archives. 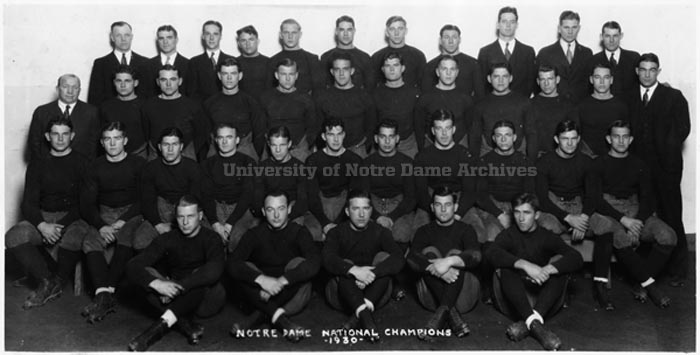 The 1930 Fighting Irish were the third Notre Dame team to win a national championship. 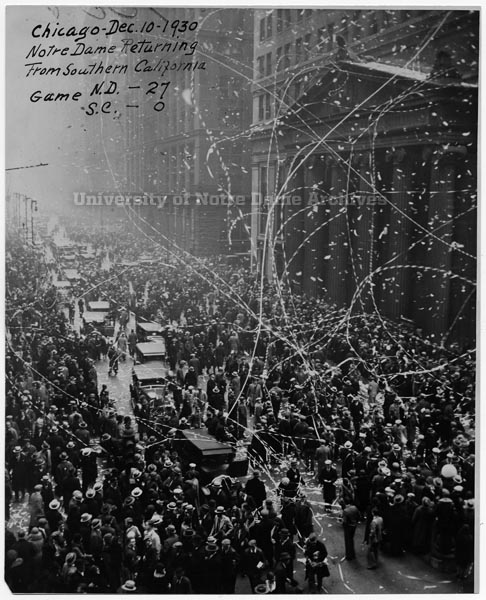 After defeating USC in the final game of the season, the Irish were greeted with a ticker tape parade in Chicago on Dec. 10. 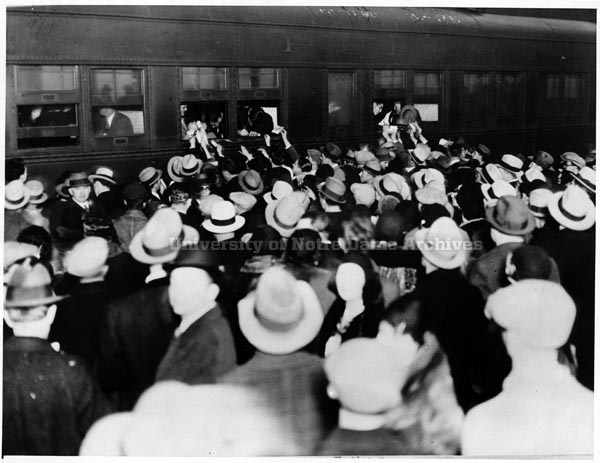 On Dec. 12, fans welcomed Notre Dame at the train station in South Bend. 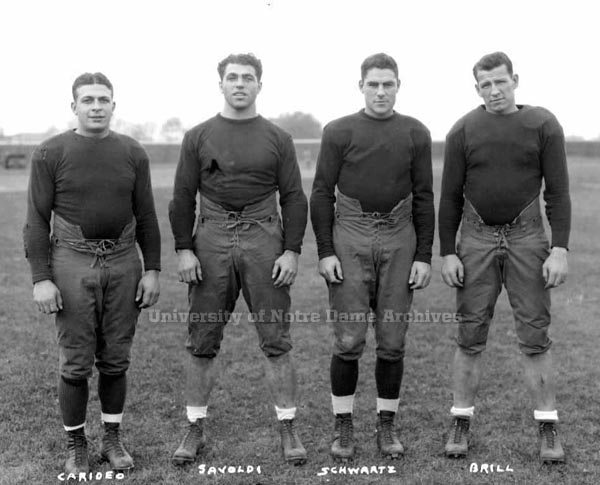 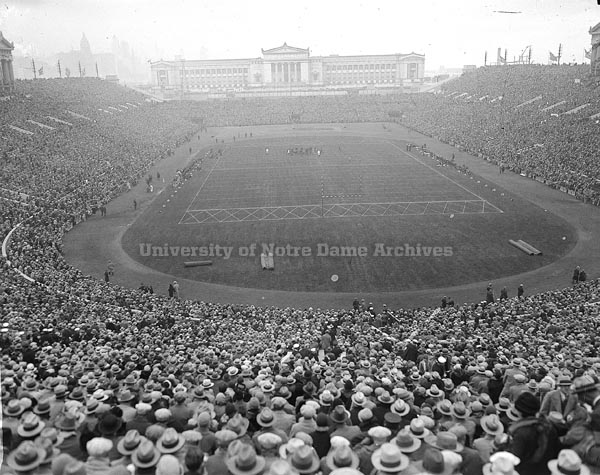 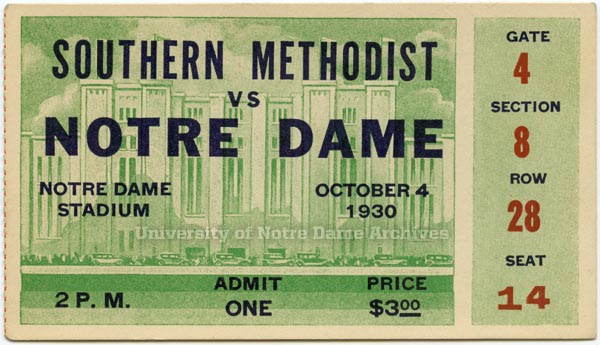 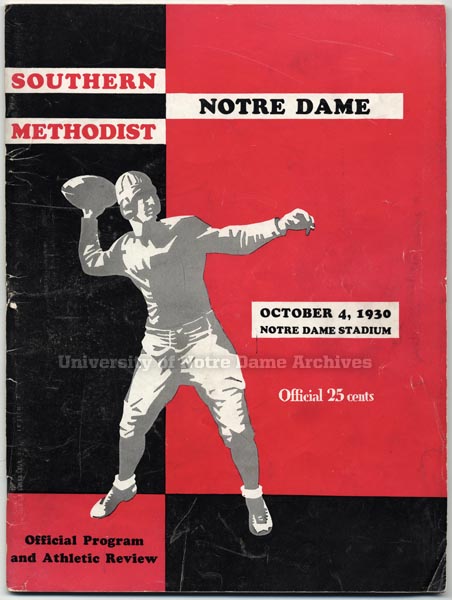 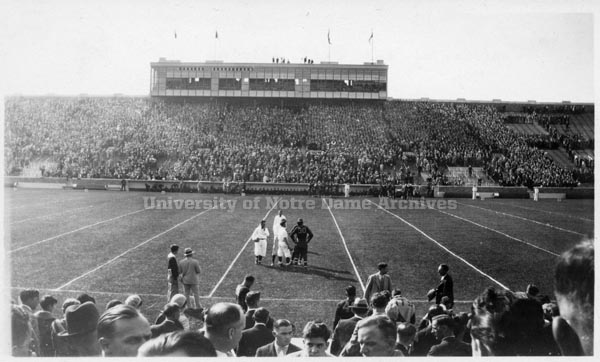 Captains and officials meet for the coin toss prior to the inaugural game at Notre Dame Stadium. 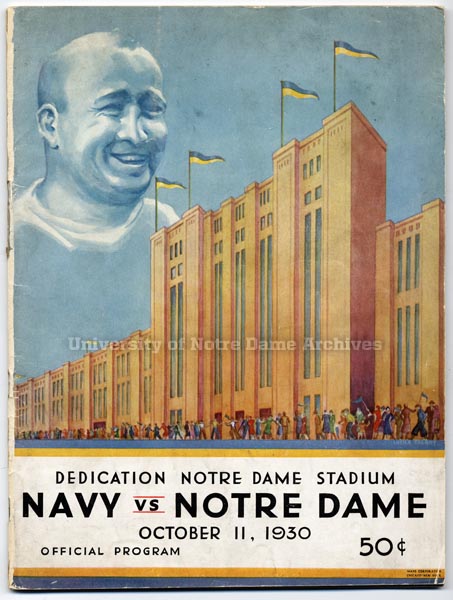 Notre Dame Stadium was officially dedicated in the second home game, against Navy on Oct. 11. 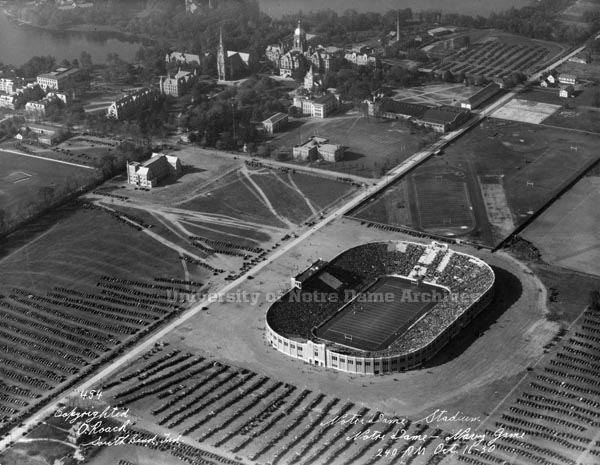 An aerial photo from Notre Dame’s game against Navy. 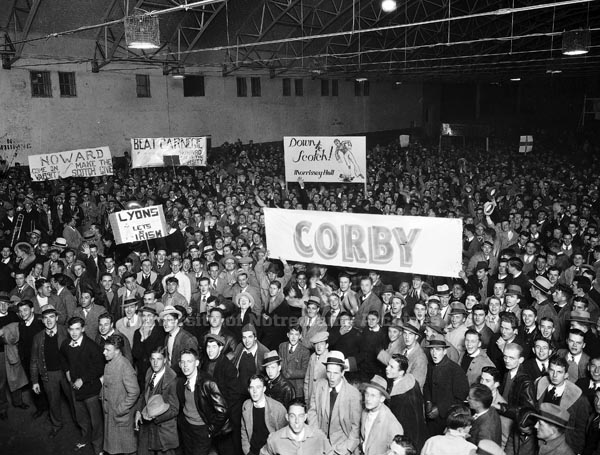 Pep rally crowd gathered in the fieldhouse prior to the game against Carnegie Tech. 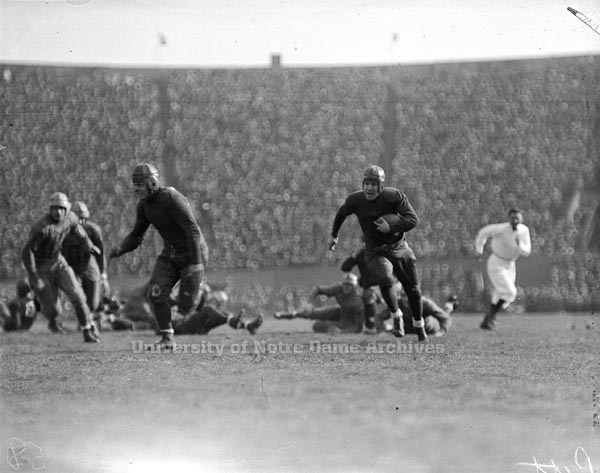 An image from the 1930 season. It is believed to be from the game at Pittsburgh. 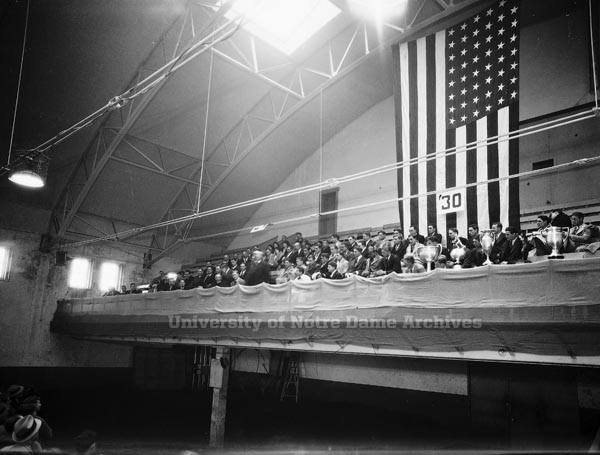 Notre Dame held a celebration rally in the fieldhouse following the 1930 championship season.