This Day in History: The Era of Ara Begins

On September 26, 1964, Ara Parseghian made his Notre Dame head coaching debut, as the Fighting Irish traveled to Camp Randall Stadium in Madison, Wisc. Notre Dame cruised to a 31-7 rout, thanks in part to quarterback John Huarte (’65) and wide receiver Jack Snow (’65), who connected for a pair of long touchdowns. The Irish defense was also strong, holding Wisconsin to minus-51 rushing yards. Broadcaster Lindsey Nelson narrates, in this video from the season highlight film. 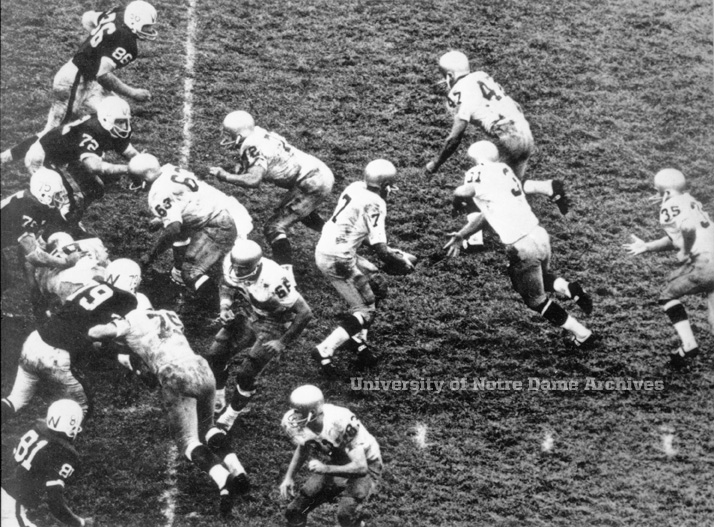 John Huarte hands the ball off during Notre Dame’s 1964 game at Wisconsin. 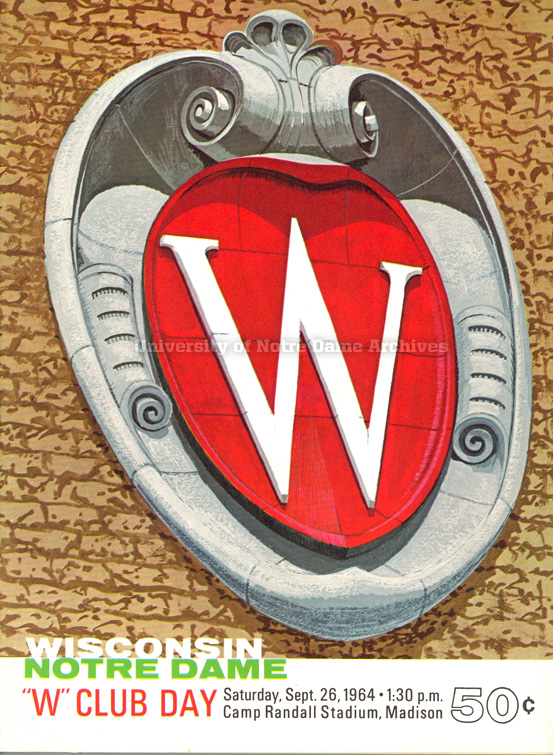 The program cover from the Notre Dame vs. Wisconsin football game on Sept. 26, 1964 at Camp Randall Stadium. 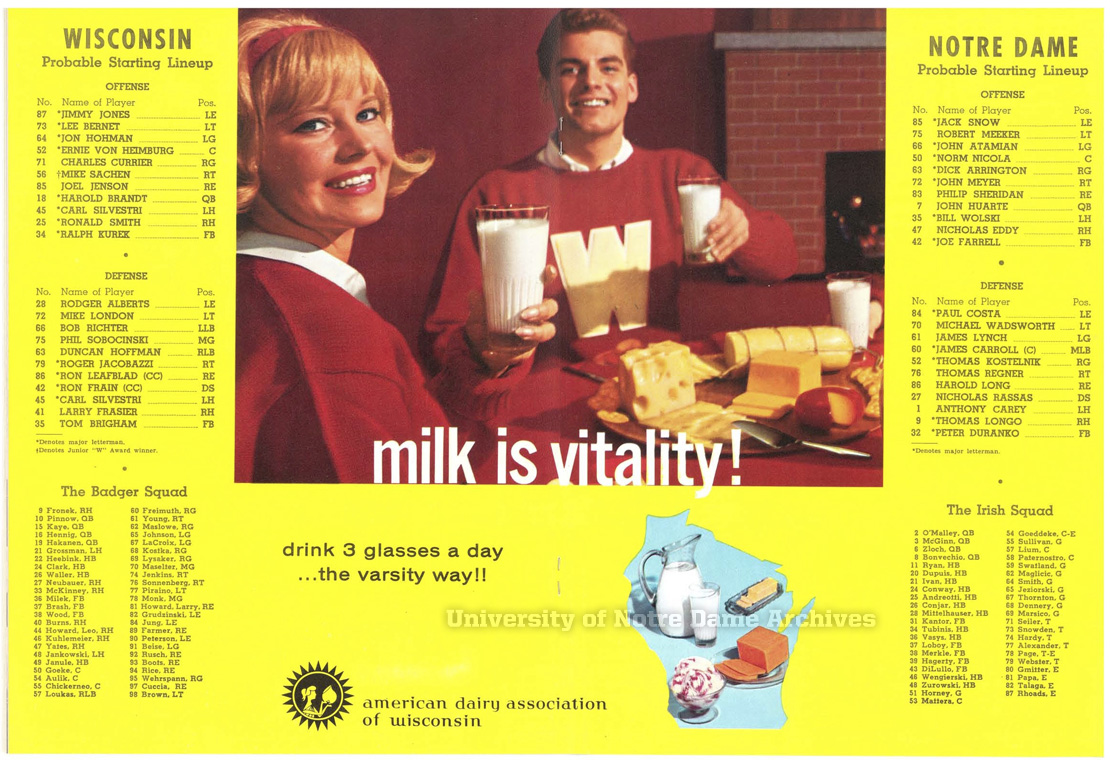 From the program, starting lineups for the first game in Ara Parseghian’s tenure as head coach. 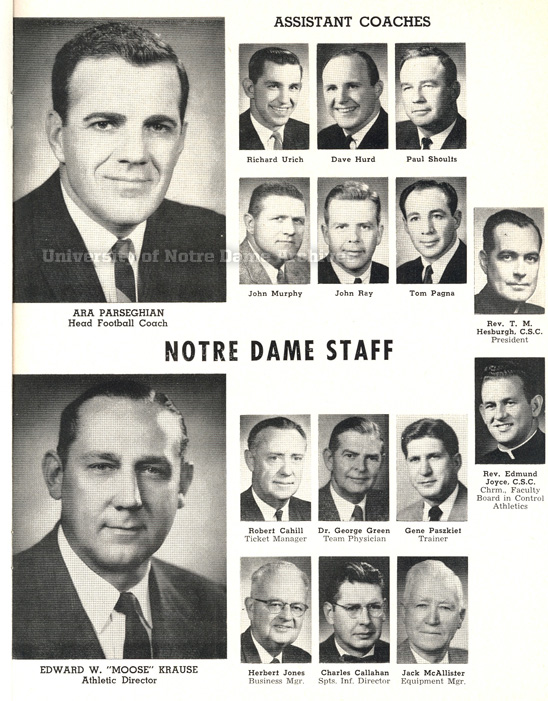 Photos of the Notre Dame staff which appeared in the game program against Wisconsin.