On Oct. 30, 1920, Notre Dame traveled to West Point, N.Y. for a matchup with Army. It was an important meeting of west meets east, as Knute Rockne’s team surprised many with a 27-17 win over the Cadets. The Irish were led by the “superman act” of George Gipp, who seemed to do it all – punting, passing, and running the Irish to a victory that opened the eyes of sportswriters across the East Coast. The following excerpt was first published in the Nov. 6, 1920 issue of Scholastic, while the accompanying images are courtesy of the University of Notre Dame Archives.

A great chapter in Notre Dame’s unparalleled football history has been completed; another greater and more glorious, is about to be written. Seven continuous and successful years of eastern invasions have brought the reward of honest recognition to Notre Dame and the West.

Notre Dame’s third consecutive victory over the Army at West Point Saturday has conclusively proved the contention that western football is the equal, if not the superior, of the eastern game. A score of coldly judging, later admiring and finally enthusiastic sport writers, gridiron experts and critics from the metropolitan press viewed the battle. They saw the Army team, admittedly the strongest, best coached and brilliant West Point machine in recent years, meet its defeat at the hands of the greatest combination of “football brains, speed and courage” seen in the east in a decade. A dozen of the great eastern papers carried the play-by-play story of the game, its wonders, revelations and lessons. Flaring headlines proclaimed All-American candidates, and long columns recorded and resounded with “Mr. George Gipp,” “sons of old Notre Dame,” “dazzling aerial attack,” “keen generalship.” “invincible lin” and a hundred other phrases; all in just tribute to Coach Rockne’s men, who have wrestled the title of gridiron leadership from the east for the west.

Many newspaper clips were featured alongside Scholastic’s account of the Irish victory, including this excerpt originally published by The Buffalo Post-Standard.

Notre Dame overwhelmed the Army on the plains here today, rushing through for two touchdowns in the fourth period which started with the Army leading 17 to 14. The final score was Notre Dame 27, Army 17, and that does not indicate to any degree the superiority of the team from the Hoosier state. The Notre Dame team is composed principally of a left half-back, George Gipp by name, who is to Notre Dame what Elmer Oliphant was to the Army some years ago. He plows through lines, runs ends and hurls forward passes with startling accuracy. It seemed that his average gain was 10 yards. When Notre Dame was in a quandary for a first down, they seemed to pass the ball to Gipp and let him use his own judgment. The Cadets were by no means depressed by the result of the game. They made a good stiff fight against a team that was obviously superior. That was apparent even when the Army was leading. 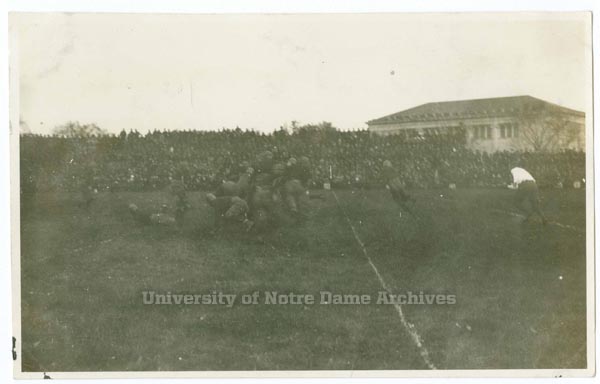 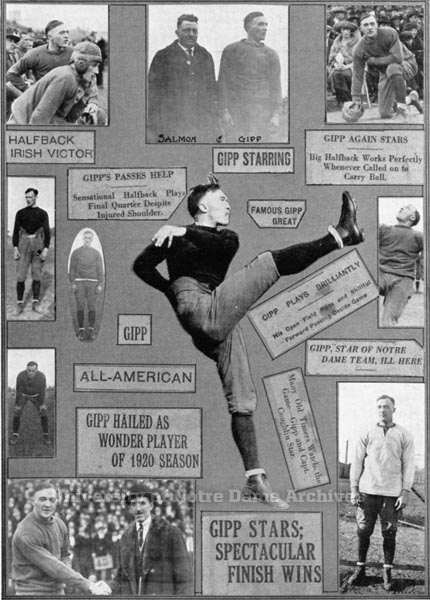 A collage featuring headlines and images of George Gipp from the 1921 Dome Yearbook. 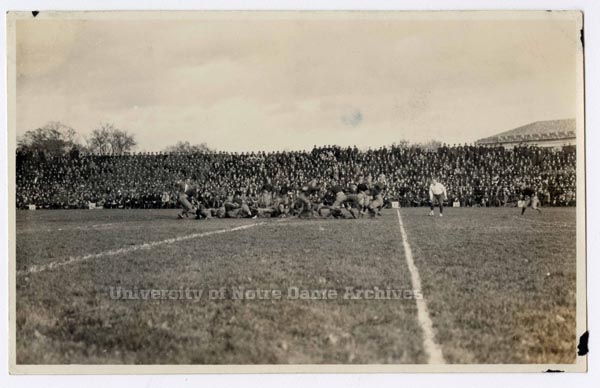 Game action from the 1920 contest between Notre Dame and Army. 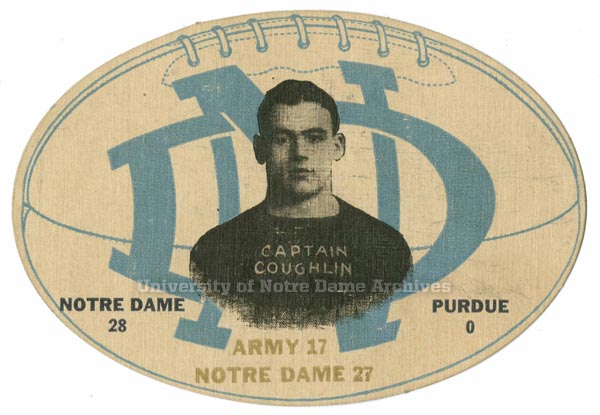 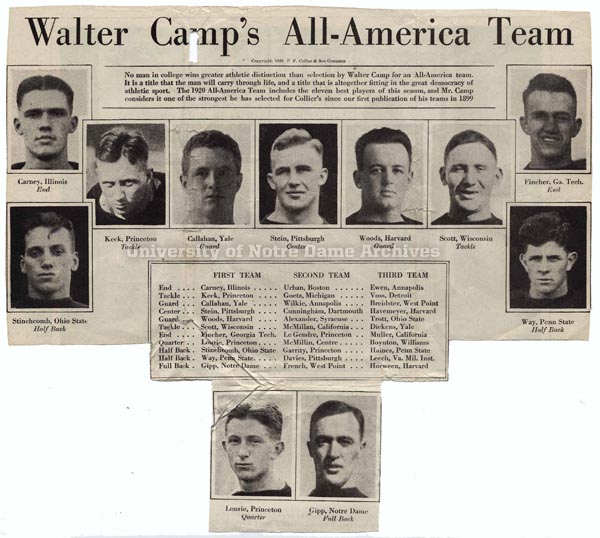 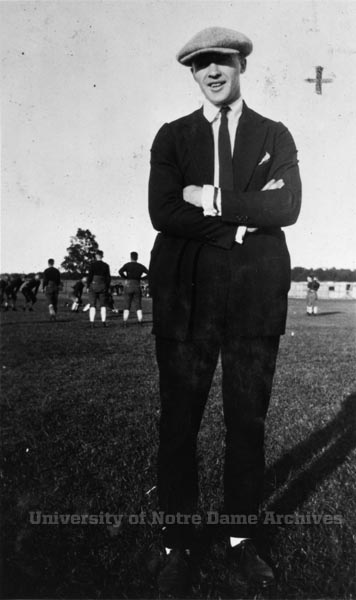