In 1987, flanker Tim Brown (‘88) caught 39 passes for 846 yards and three touchdowns, while also earning a reputation as a prolific rusher, punt and kick returner. In a night game against Michigan State, Brown returned back-to-back punts for a touchdown, earning his place in the Heisman Trophy conversation. On Dec. 6 of that season, Brown topped Syracuse quarterback Don McPherson to become the seventh Notre Dame player to win the Heisman Trophy. In a recent interview with Fighting Irish Digital Media, Brown reflected upon his Heisman season and how winning the trophy became a definitive moment in his life. The accompanying images in this ’Strong and True’ moment are courtesy of the University of Notre Dame Archives and Media Relations offices. 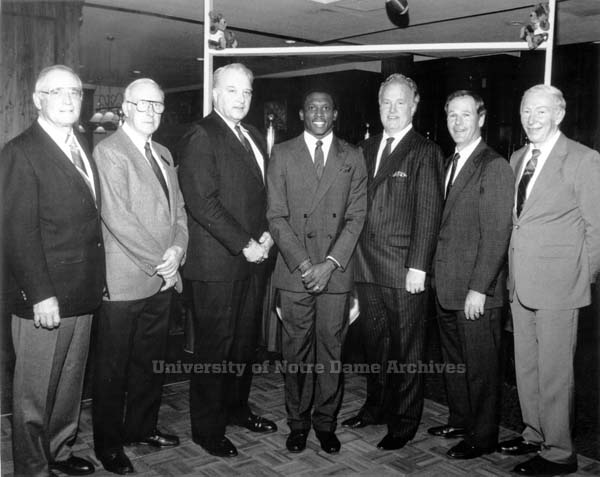 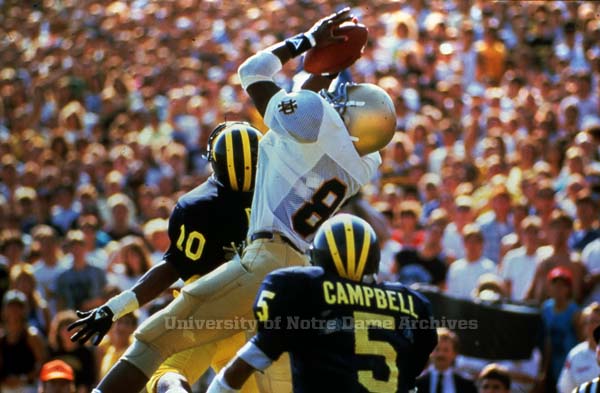 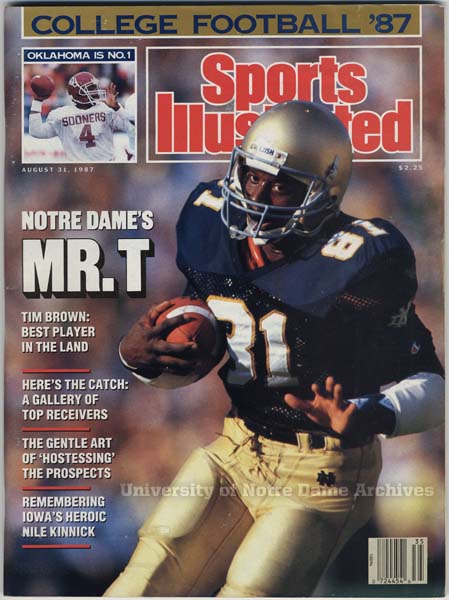 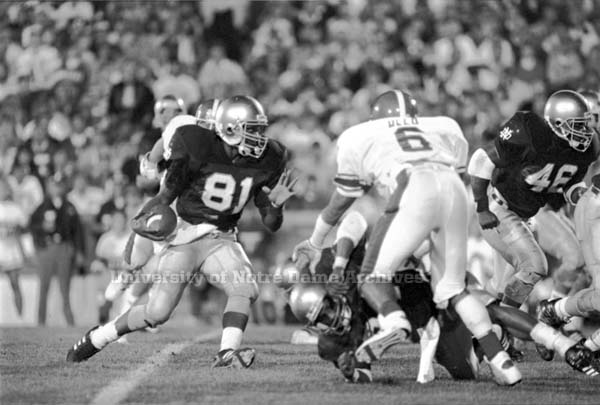 In a night game against Michigan State at Notre Dame Stadium, Brown returned back-to-back punts for a touchdown, cementing his place in the Heisman race. 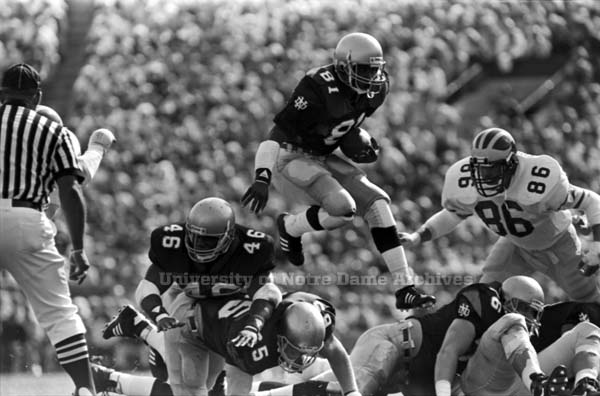 As a senior, Brown totaled 1,847 all-purpose yards and seven touchdowns. 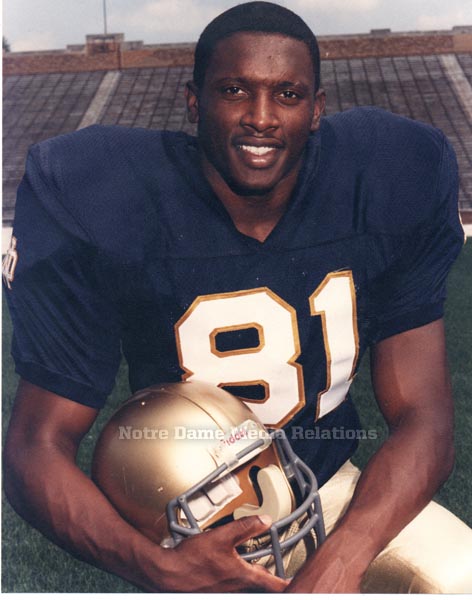 Listed as a flanker, Brown was an all-around player – receiving, rushing out of the backfield, and returning punts and kickoffs. 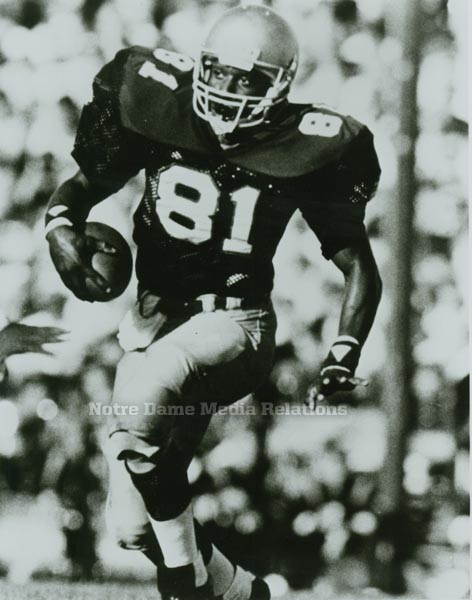 Often facing double or triple coverage, Brown was one of college football’s most dangerous players.