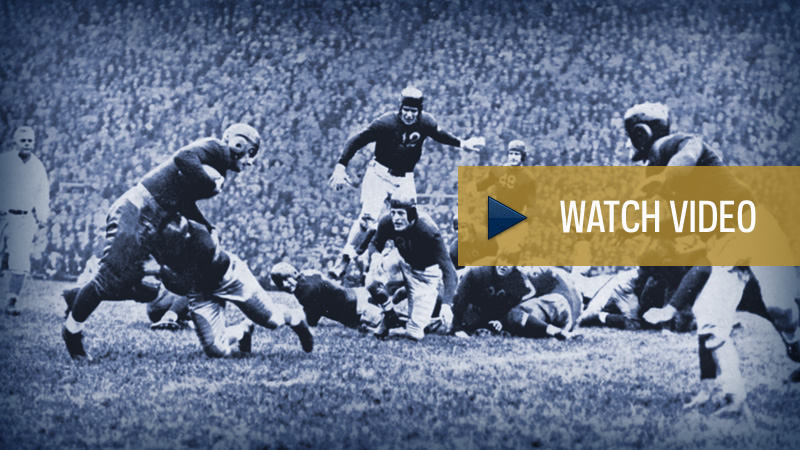 On Nov. 2, 1935, Notre Dame staged a remarkable fourth quarter comeback in Columbus, Ohio, to defeat Ohio State, 18-13, in the very first “Game of the Century.” The video above contains highlights from the victory, and the following excerpt comes from an article written by Wayne Millner (’36) for the Albert Richard Coat Company. Millner was the Notre Dame end who caught the winning touchdown pass to stun the Buckeyes. 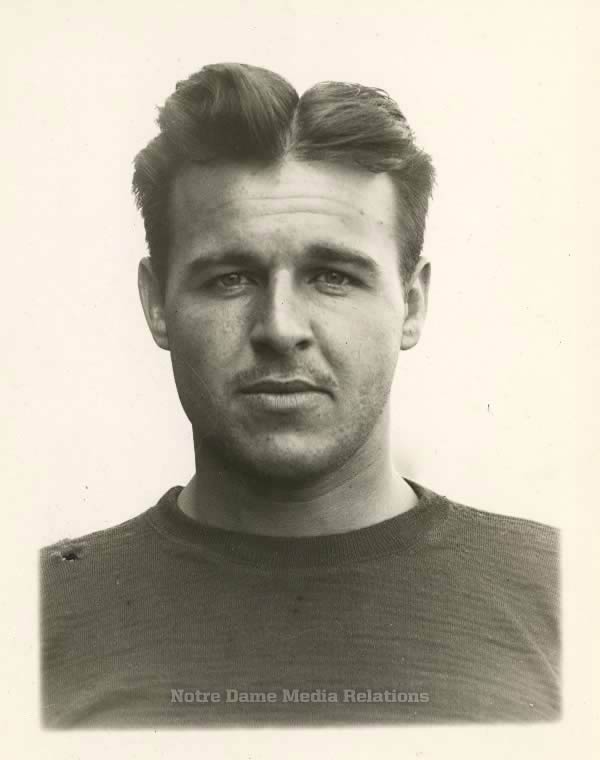 Passing, rushing and receiving, Andy Pilney (‘36) did it all in Notre Dame’s win over Ohio State. His senior season was cut short by a significant leg injury, but the final play of the halfback’s Irish career was a 36-yard run, helping to set up the winning touchdown against the Buckeyes.

Layden passed to Pilney, Pilney passed to Fromhart, and then to Layden again and we had a second touchdown, to trail, 13 to 12. When Fromhart missed the tying point from placement, with less than two minutes to play, it appeared again that it was not Notre Dame’s day.

We tried an on-side kick on the kickoff, but Ohio State recovered the ball. Then Dick Beltz drove off his right tackle for a good gain. Larry Danbom, who had replaced Miller at fullback, checked him, and [Notre Dame’s] Pilney, who had been running, passing, and kicking like a demon, came up from the deep secondary to hit Beltz like a pile driver, forcing him to fumble. Henry Pojman, our center, recovered on the Ohio State 49-yard line.

Then Pilney turned in the climax play of the day, the play that was to engrave his name forever in the annals of football as the man who turned in probably the best single day’s play of any man in history. He faked a pass, raced through a hole at center, dodged eight separate Ohio State men, and was finally pinned on the 19-yard line by the remaining three Buckeyes, after a run of 30 yards which included every trick of ball-carrying, perfectly executed. Pilney was hurt on the play so seriously that he did not see action in the remaining three games.

As they carried [Pilney] off the field on a stretcher, Bill Shakespeare tossed a long pass to me which I was able to catch without breaking stride. Notre Dame had won, 18 to 13. The pass play called for a shift to the left. The ball came back to Mazziotti who had replaced Layden for the kickoff, he spun and handed it to Shakespeare, who faded deep and to his right. McKenna, quarterback who was sent in to call the play; Danbom, and Mazziotti blocked. Marty Peters, right end, cut to his left, drawing the secondary over. I ran straight ahead and then cut hard to my right.

We had been overcome by Ohio State’s reputation and the fatigue of a hard season, but Andy Pilney gave us all the fight and confidence it took to win one of the greatest games ever played. 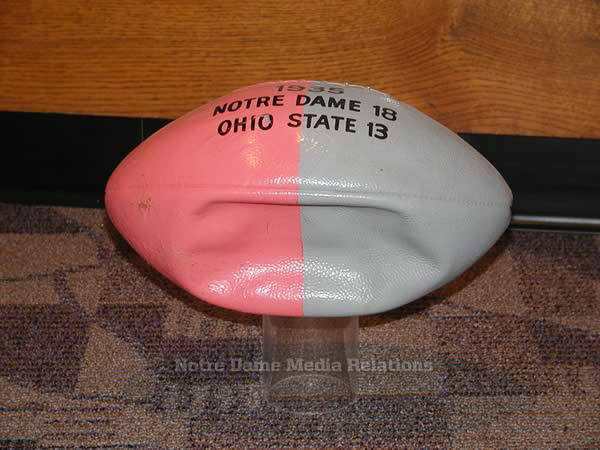 This football commemorates Notre Dame’s win in the “Game of the Century” and is currently on display in Heritage Hall at the Joyce Center. 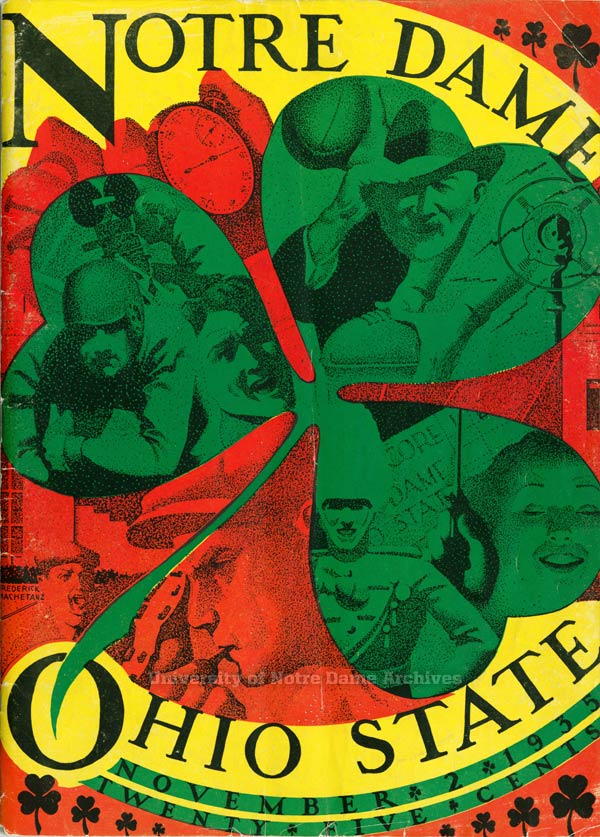 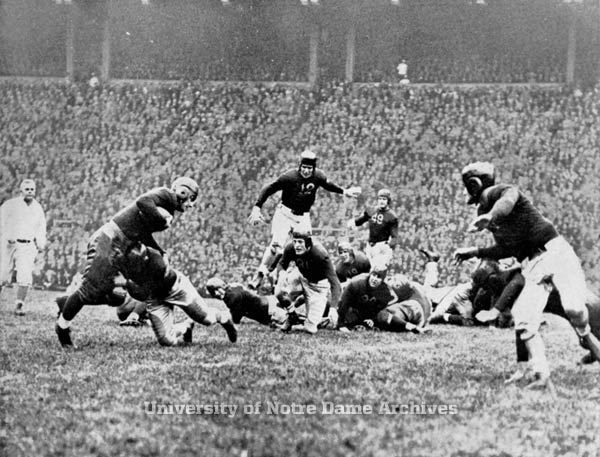 5–0 Notre Dame battled 4–0 Ohio State in what was known as one of the best football games ever played.