Hesburgh: From Trains to Planes 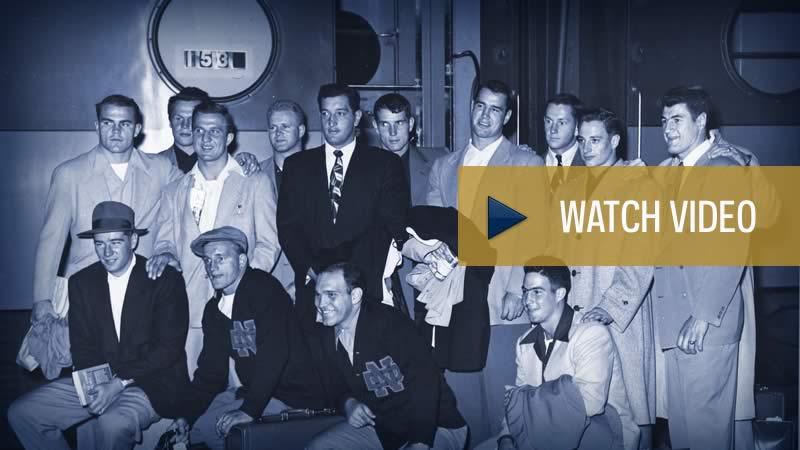 In the video above, Notre Dame President Emeritus Rev. Theodore M. Hesburgh, C.S.C., talks about his decision to modernize the football team’s travel itinerary during the late 1940s and early 1950s while serving as the University’s executive vice president. The following photos illustrate how the Fighting Irish have commuted to away games throughout the years—from trains to planes to the charter flights of today. 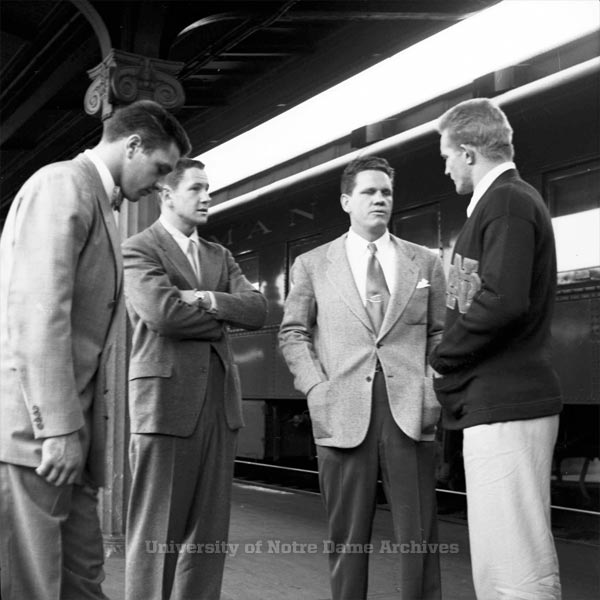 Members of the Notre Dame football program gather outside the train before an away game in 1949. 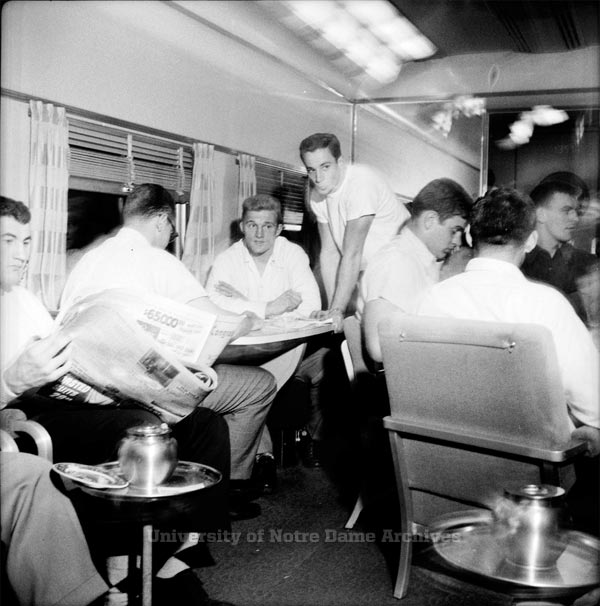 Notre Dame’s longest trip of the 1949 season was for a game against the Washington Huskies. According to Google Maps, the trip from South Bend, Ind. to Seattle, Wash., is 2,159 miles, or a 35-hour car ride. Traveling by train, the Irish had a lot of time for reading the newspaper… 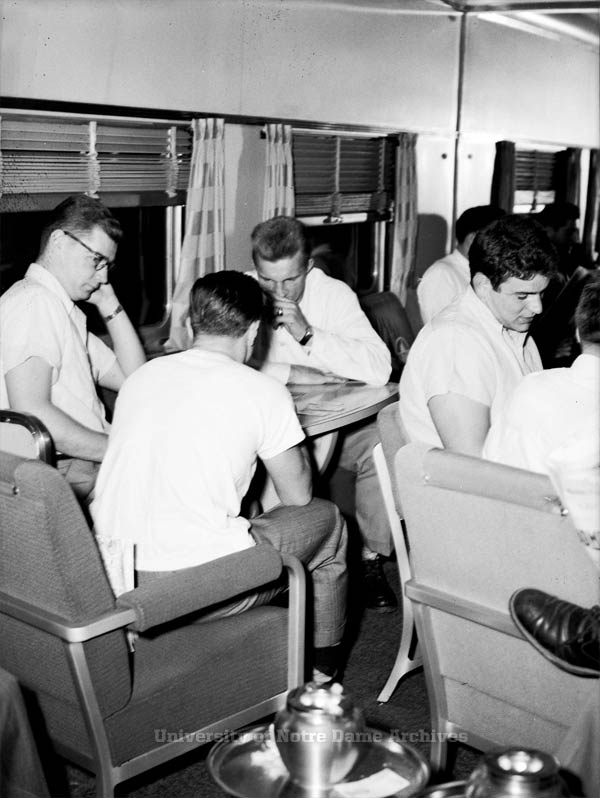 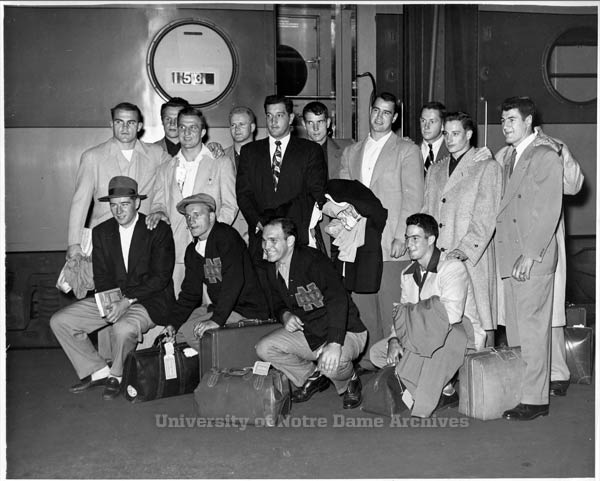 Members of the Notre Dame football team pose outside the train after their arrival. 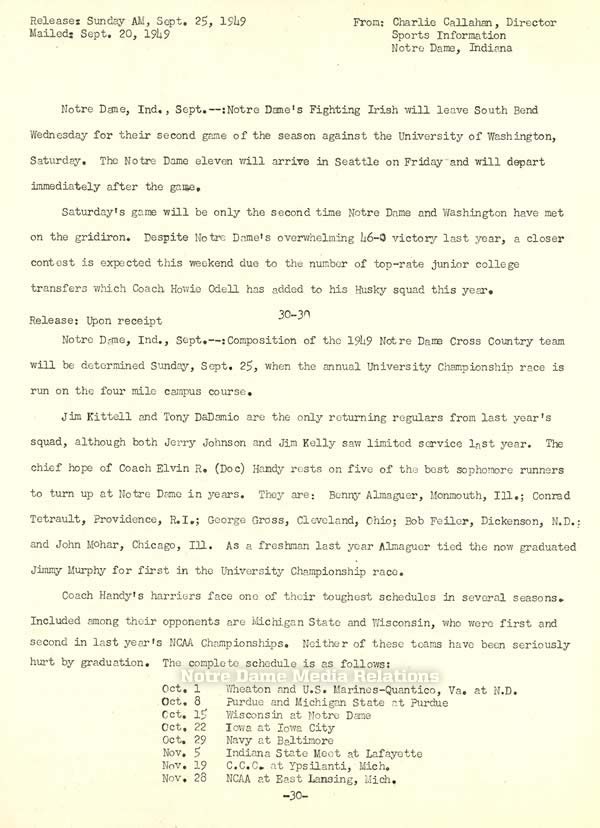 A Sept. 25, 1949, release from Sports Information Director Charlie Callahan shows that the Irish left South Bend on Wednesday, arrived in Seattle on Friday, and returned immediately after the game. 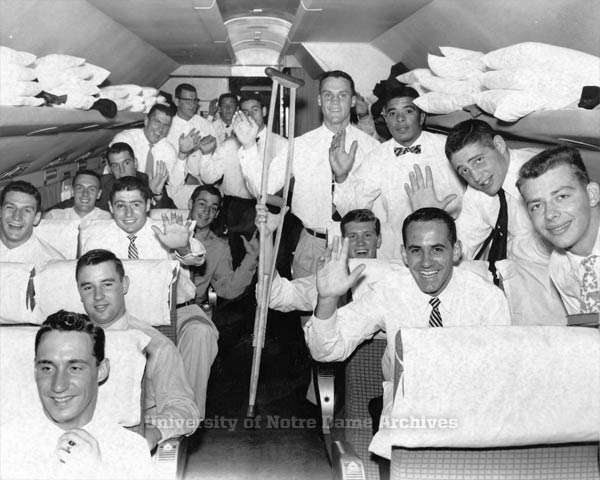 Rev. Theodore M. Hesburgh, C.S.C, who was executive vice president of the university, decided to make extensive changes to the Irish travel itinerary – to benefit both the student-athletes’ fitness and perhaps more importantly, their education. In the 1950’s, the Notre Dame football program began traveling by airplane. Here, the Fighting Irish celebrate the new luxury. 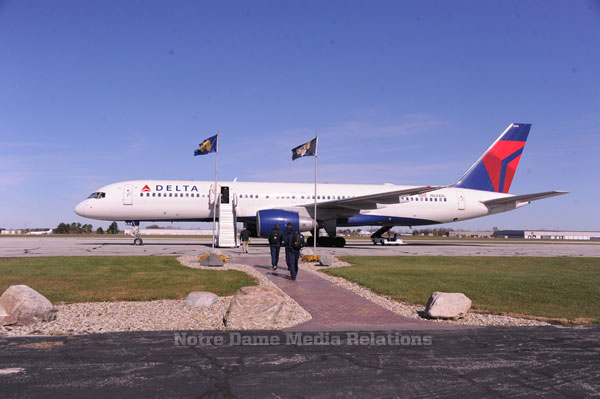 By contrast to those trips of the 1940’s, the 2011 Notre Dame football team left South Bend for Winston-Salem, N.C. on Friday afternoon before the Wake Forest game. The Fighting Irish arrived back in the early Sunday morning hours.