After winning national titles in 1946 and 1947, Notre Dame went 9-0-1 in 1948, but finished second behind Michigan in the final Associated Press poll of the season. In 1949, head coach Frank Leahy led the Irish to a perfect 10-0 record. It was Leahy’s fourth title at Notre Dame and the team’s third in four seasons. During that four-year span, the team finished with a record of 36-0-2. In 1949, the Fighting Irish averaged 36 points per game, while allowing just 8.6 per contest. The season was highlighted by a 46-7 win over #4 Tulane at Notre Dame Stadium, as well as close 27-20 victory at SMU in the season finale. In this ‘Strong and True’ moment, look back on Notre Dame’s seventh national championship season through images from the University of Notre Dame Archives. 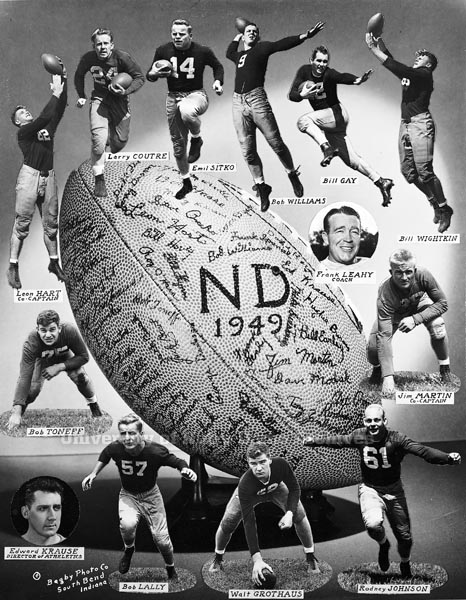 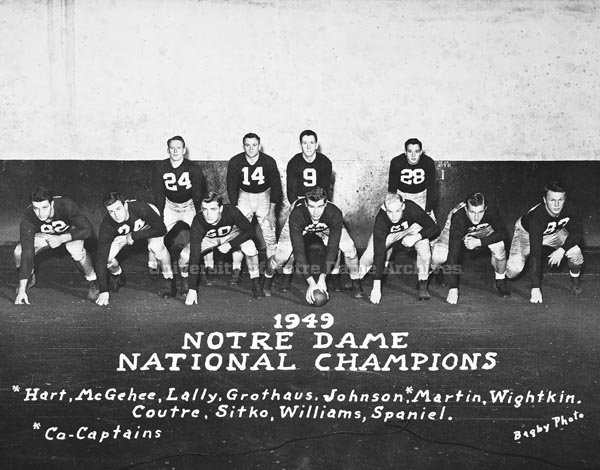 Between 1946 and 1949, Notre Dame won three national titles and did not lose a single game. 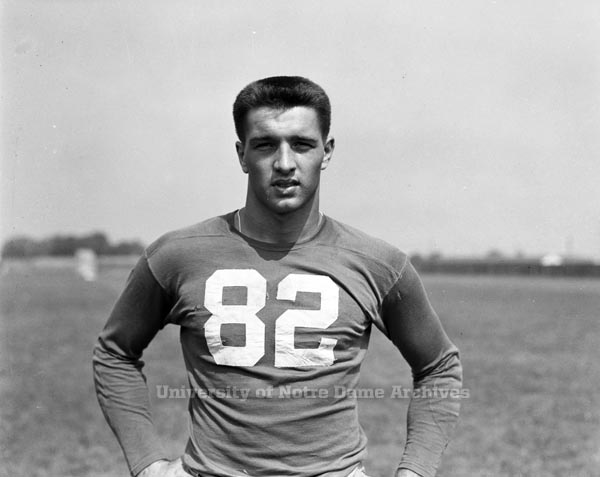 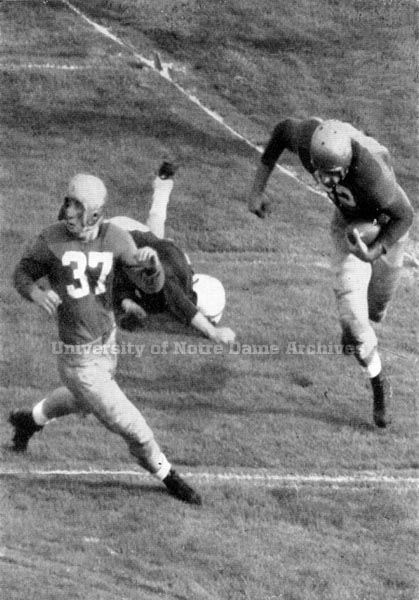 Leon Hart runs in for a touchdown behind a block from Bill Barrett. 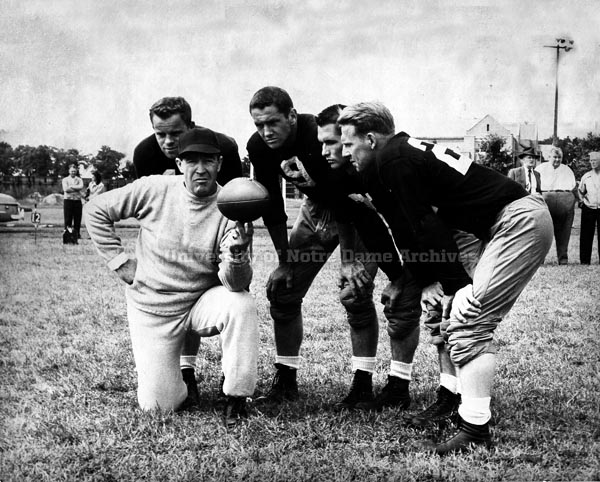 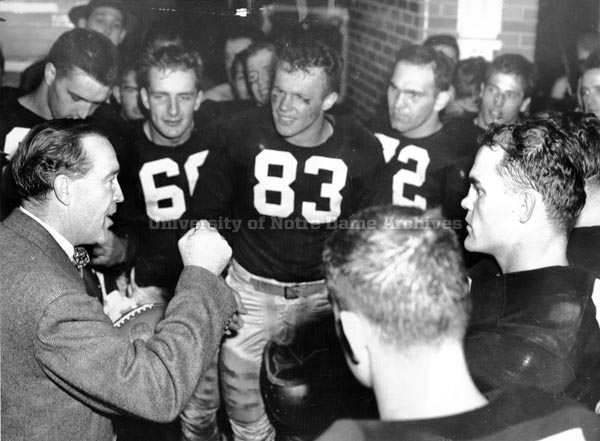 For the season finale, the Fighting Irish traveled to Dallas, where they defeated SMU in a close game to finish with a 10-0 record. 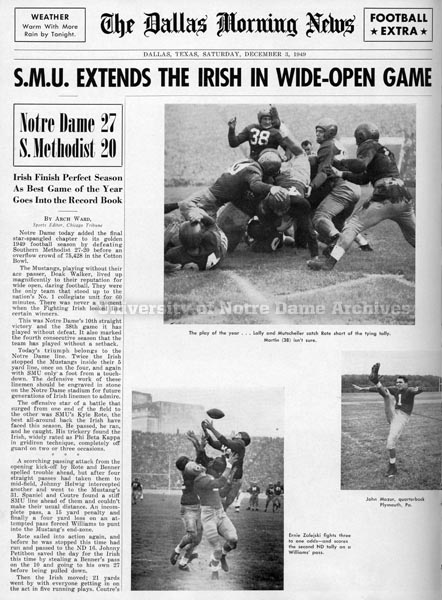 Newspaper headline from The Dallas Morning News following the game between Notre Dame and SMU.