Notre Dame's Fourth Game of The Century (1993 vs. Florida State)

The last time Notre Dame was featured in a #1 vs. #2 matchup, the second-ranked Fighting Irish hosted #1 Florida State in a “Game of the Century” at Notre Dame Stadium. The battle of unbeaten squads lived up to the hype, with Notre Dame prevailing, 31-24, thanks in part to a pass breakup by Shawn Wooden (‘95) on the game’s final play. In this ‘Strong and True’ moment, Wooden and teammate Lee Becton (‘95) look back on the game, along with Westwood One broadcaster Tony Roberts’ memorable last-second call. The accompanying images are courtesy of the University of Notre Dame Archives.

Ticket stub from the 1993 matchup between #1 Florida State and #2 Notre Dame. 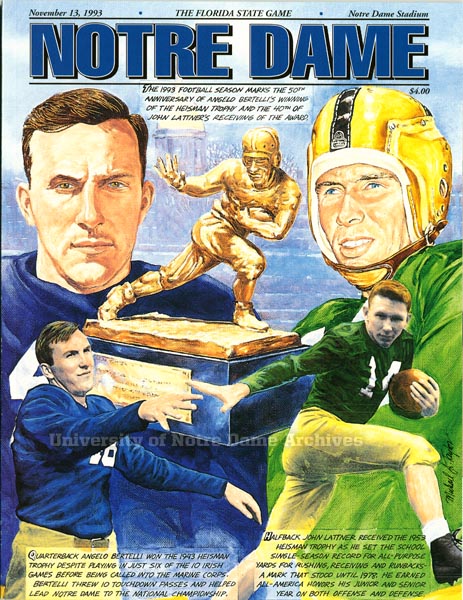 Both the Fighting Irish and Seminoles entered the game with 9-0 records. 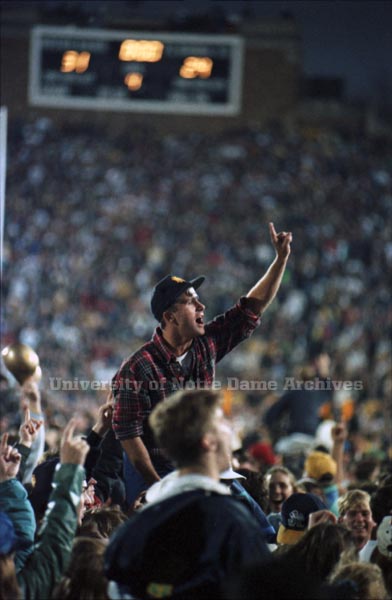 Students and fans celebrated on the field, as Notre Dame took over the nation’s top ranking. 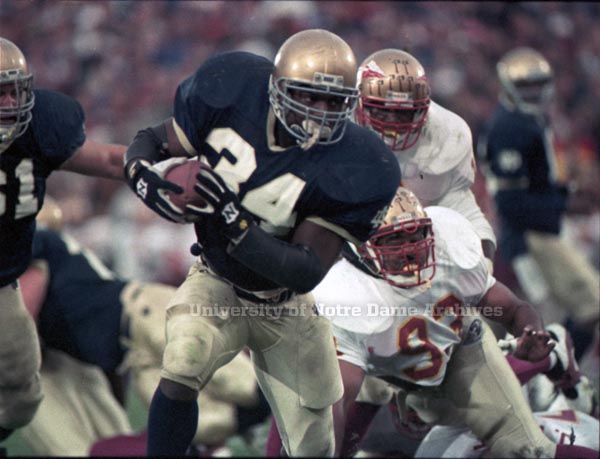 Ray Zellars carries the ball against the Seminoles. 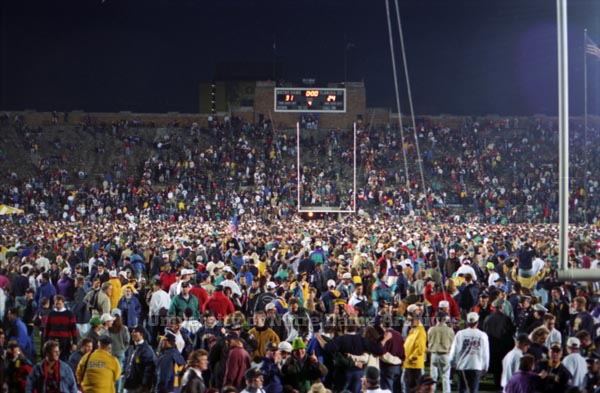 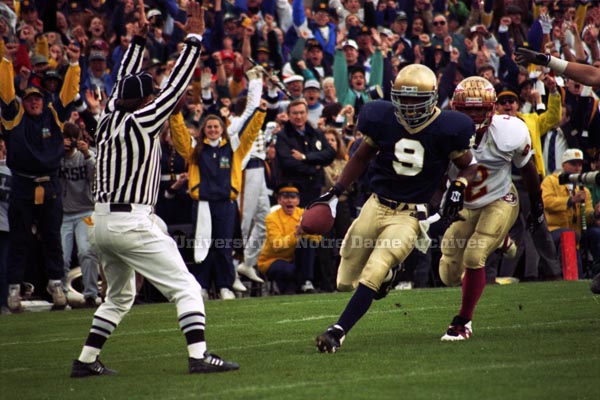 Jeff Burris scores a touchdown for the Fighting Irish. 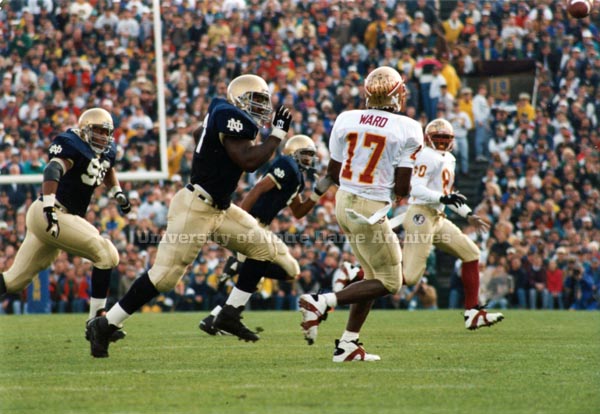 Game scene from the 1993 matchup between Notre Dame and Florida State. 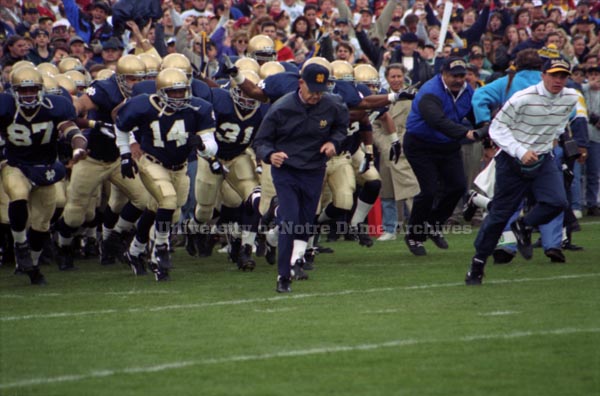 Head coach Lou Holtz leads the Irish onto the field prior to the big game. 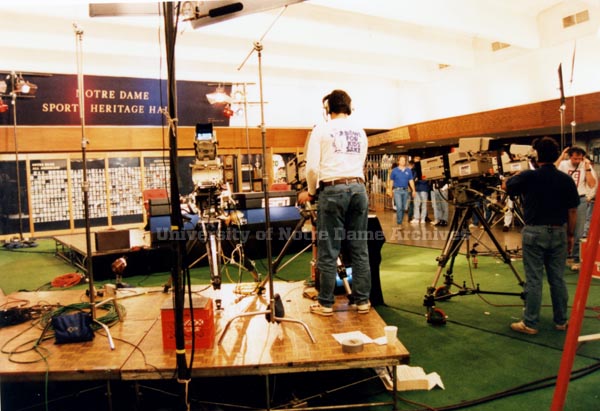 With so much hype surrounding the game, ESPN broadcast College GameDay on a college campus for the first time ever.