In 1978, Notre Dame met unbeaten Texas before a record crowd at the Cotton Bowl. Though the top-ranked Longhorns were favored, the Fighting Irish dominated the game, as Vagas Ferguson (’80) and Jerome Heavens (’79) combined for 201 rushing yards. In recent interviews, the pair of Irish running backs, along with teammates Steve Orsini (’78), Ross Browner (’78), and Luther Bradley (’78) looked back on the victory that helped Notre Dame vault past Alabama and earn its tenth national championship. 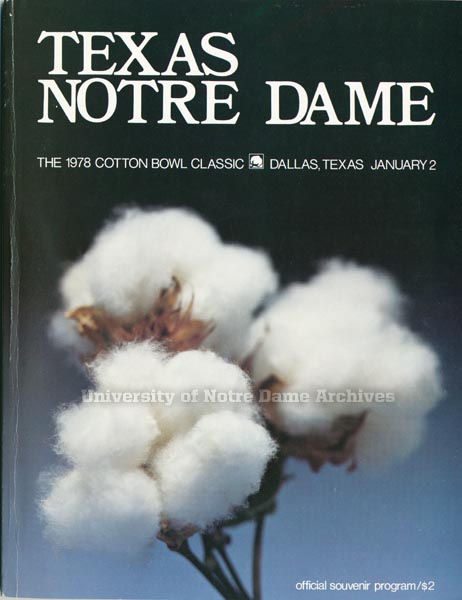 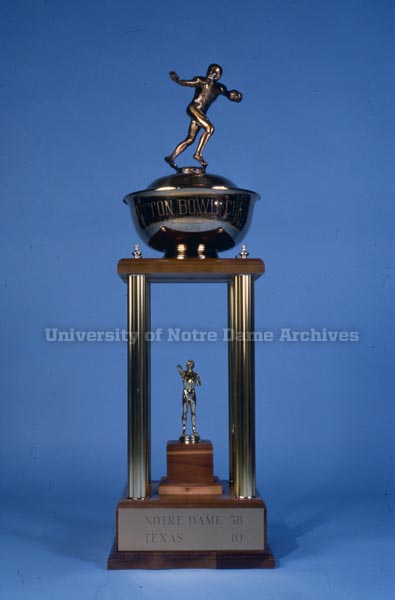 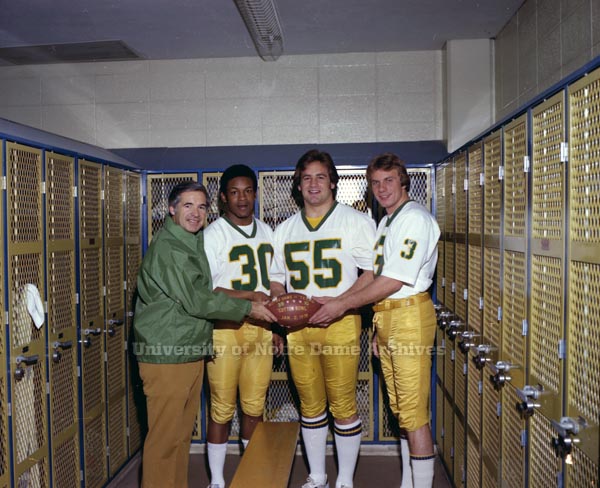 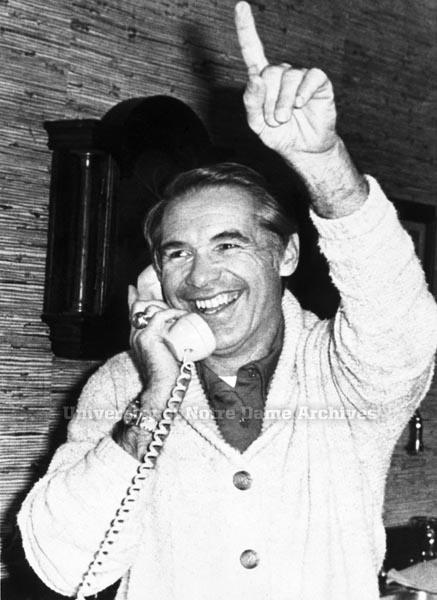 After the win, the Irish suspected that they might leap to the #1 ranking, but it was not until the next day that head coach Dan Devine received the phone call that made the news official. 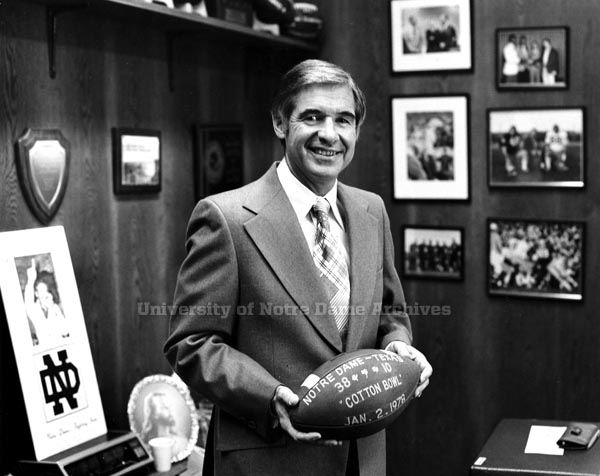 Devine in his office with a football commemorating the 1978 Cotton Bowl victory.