This Day In History: Rockne Takes The Reins

When head coach Jesse Harper retired following the 1917 season, Knute Rockne (’14) was named his successor. On September 28, 1918, Rockne made his debut, helping Notre Dame defeat Case Tech, 26-6. Over the course of 13 seasons, he led the Irish to 105 victories, and his lifetime winning percentage of .881 still ranks first in college and professional football. The following article, first published in the Oct. 12, 1918 issue of Scholastic, describes the beginning of the Rockne era. The accompanying photos are courtesy of the University of Notre Dame Archives.

After several practices in which Coach Rockne hardened up his men and found their strength and weakness, he put on the first scrimmage on Sept. 20. What he discovered there only confirmed his previous judgment, that, while he had a good backfield, his line was light and green. Nevertheless, two things lent cheer to the otherwise gloomy situation. One was that the fellows showed plenty of enthusiasm and of the old Notre Dame fighting spirit, and the other was that, on account of the abrogation of the freshman rule, numerous husky freshmen had joined the squad; and thus the coach has plenty of good green material to work up from.

Rockne has no assistant, and consequently much work has fallen upon the shoulders of Captain Bahan and of the veteran Gipp. Even Alexander Szczepanik, who made an enviable record as property man in the Gym last year is not here to help out. “Alex” has gone to the army, at Camp Upton, N.Y., and his successor has not yet been appointed. Nevertheless, the athletic director is determined to make athletics hum in spite of all obstacles, and Capt. Murray, fortunately for the outlook, is favorably inclined to manly sports. As soon as military and scholastic schedules are adjusted, the promising aggregation that Rockne has in hand will get down to regular work with the prospect of making a record worthy of the best N.D. traditions.

Twenty-six to six does not tell the true story of the Notre Dame-Case game played at Cleveland, Sept. 28. In the second half, the Case men were swept off their feet. The Associated Press account is as follows:

After playing Notre Dame to a standstill in the two opening periods, the Case eleven crumpled and Notre Dame won 26 to 6. Case scored in the opening period when brilliant open field running by Hale and a forward pass, Hale to Wolf, placed the ball on Notre Dame’s two-yard line. Capt. McCune plunged over. Vanderhoof failed goal.

Coach Rockne immediately pulled out two members of his back field, and sent in Bahan and Gipp, veterans of the 1917 eleven. Their presence was immediately in evidence. They did practically all of Notre Dame’s offensive work, and shortly after the second period opened, Lambeau crashed through for a score.

Gipp missed goal and the score was even.

No further scoring came in the second quarter, but in the third Notre Dame got going, and with Gipp in the stellar role ripped through the Case defense for two more touchdowns. Another tally came in the final period. 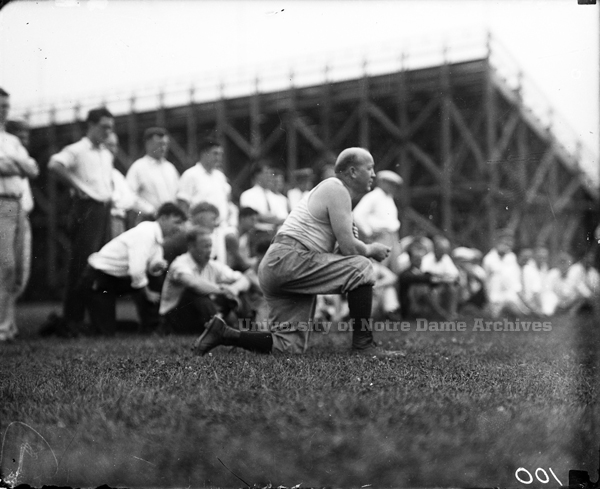 After Rockne graduated from Notre Dame, he worked as an assistant in the chemistry department, while also helping head coach Jesse Harper with the football team. 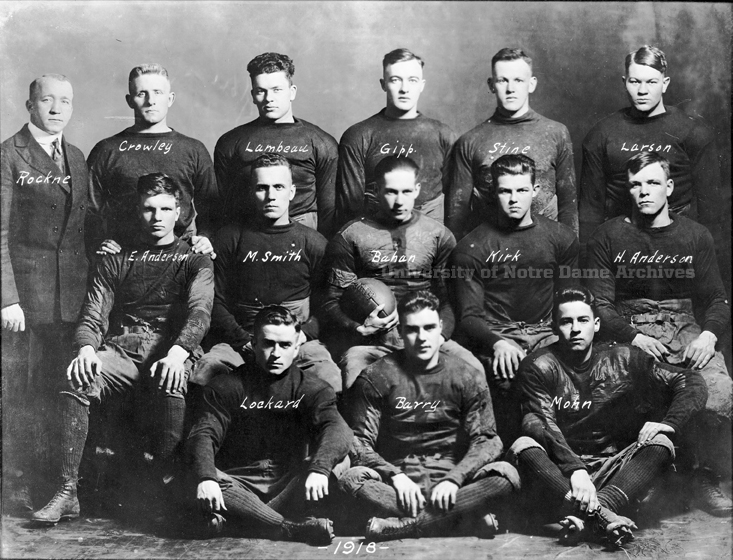 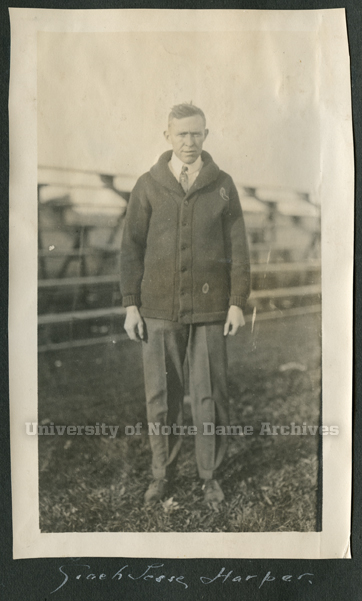