In 1910, a student named Knute Rockne joined the Notre Dame football team as a fullback. As a freshman, the young man from Norway spent much of his time on the sidelines. Frustrated, he turned his attention to track and field, and succeeded as a pole vaulter. Later, Rockne returned to the football field, where he became an All-American and captain of the 1913 squad. After graduating in 1914, he remained at the university as a chemistry graduate assistant. He helped coach the football team, and in 1918, succeeded Jesse Harper as head coach. Rockne went on to win three national championships, cementing his place as one of the greatest coaches in football history. 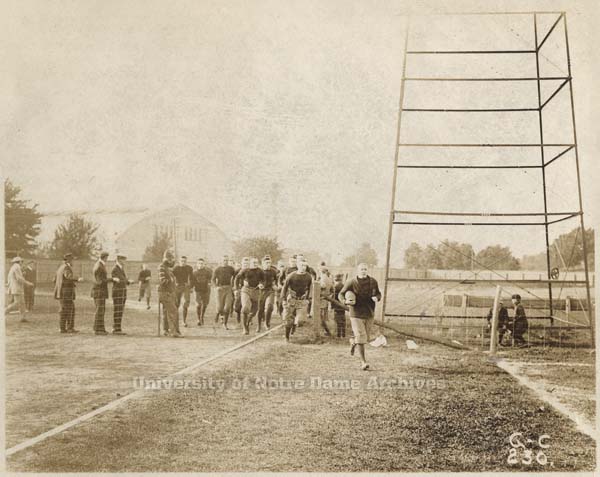 Knute Rockne leads the Irish onto the field before a game in 1913. 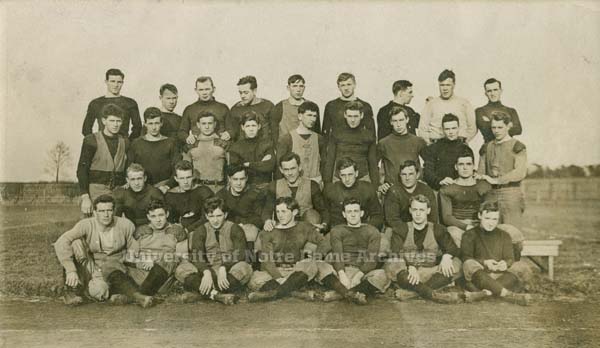 The 1910 Notre Dame football team (Rockne is in the second row, on the far left). 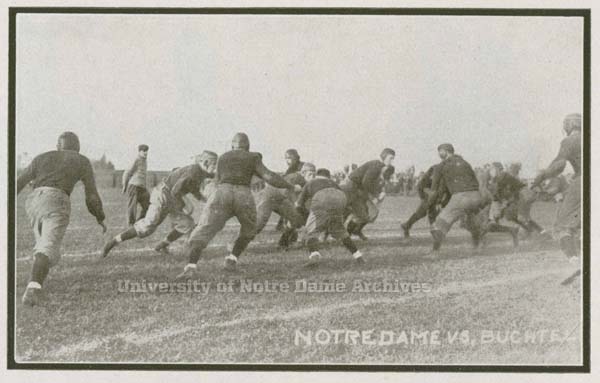 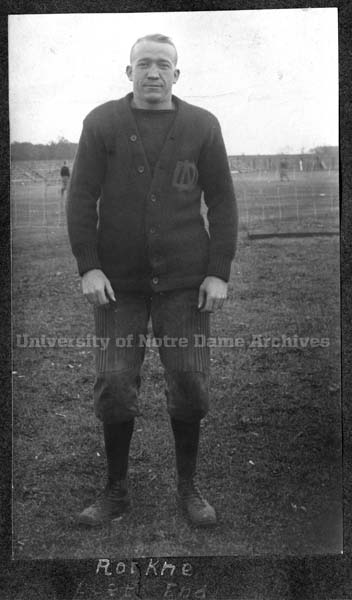 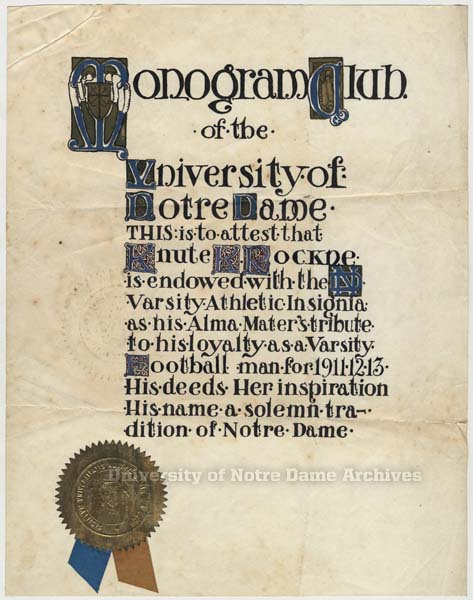