Notre Dame and USC are two of college football’s winningest programs. The series between the Fighting Irish and Trojans dates back to 1926, the teams have met a total of 83 times and combined for 22 national championships. It should therefore, come as no surprise that Lou Holtz emphasized its importance when he took over as head coach in 1986. In this ‘Strong and True’ moment from a recent interview with Fighting Irish Digital Media, Holtz speaks about the history of the USC rivalry and the test he used to give to his new players and coaches before the annual game against the Trojans. 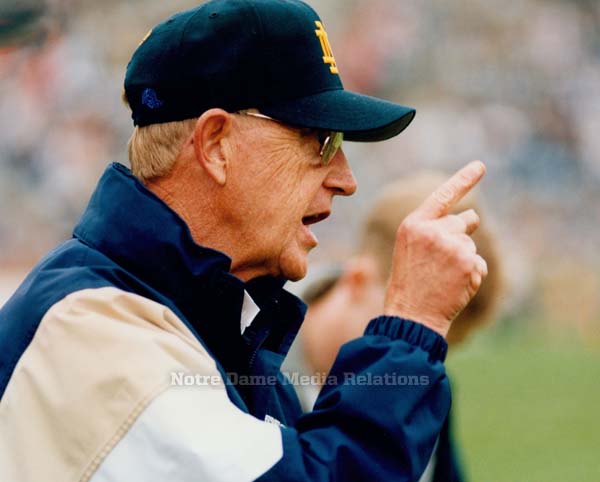 In 11 seasons as head coach of the Fighting Irish, Holtz’s record against USC was 9-1-1.