This Day In History: Win One For The Gipper

The 1928 Notre Dame football season was not one of most successful of Knute Rockne’s tenure as head coach. In fact, it was actually the worst, as Rockne’s team finished just 5-4. The Irish’s game on Nov. 10, 1928, however, lives on in college football lore. At halftime of the contest between Notre Dame and Army at Yankee Stadium, Rockne told his players the story of the tragic death of George Gipp, the star halfback who passed away in 1920. As the legend goes, Gipp was in his hospital bed, when he asked Rockne to have the team “Win just one for the Gipper” some day. Rockne used the story to rally the underdog Irish to a 12-6 victory against the Black Knights. In this ‘Strong and True’ moment, relive the game through images from the University of Notre Dame Archives. 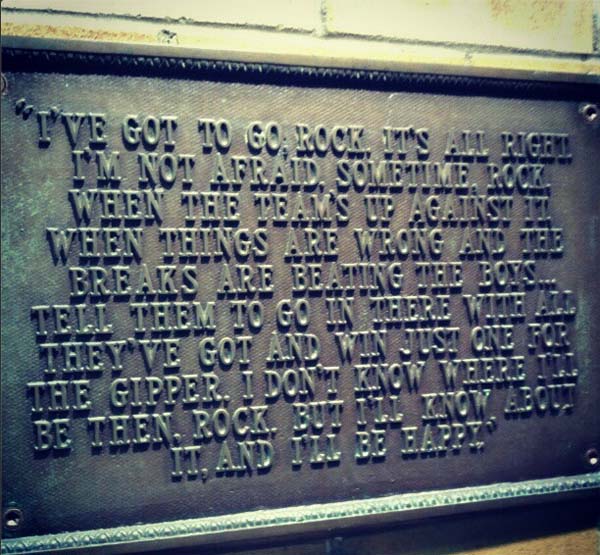 This “Win One For The Gipper” plaque hangs in the Irish locker room at Notre Dame Stadium. 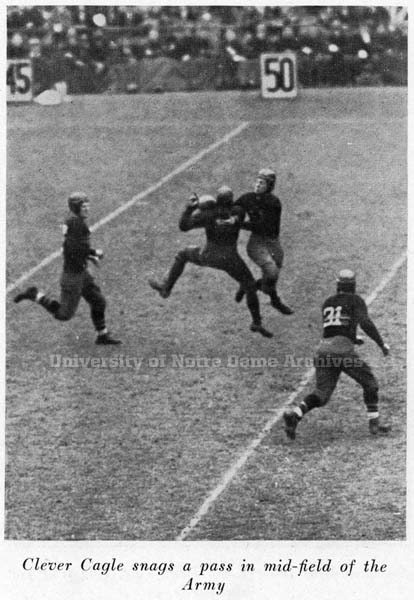 Game action between Notre Dame and Army in 1928. 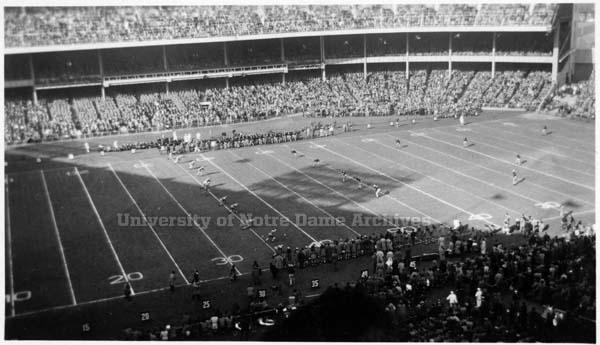 The view from the top of the stands before a kickoff at Yankee Stadium. 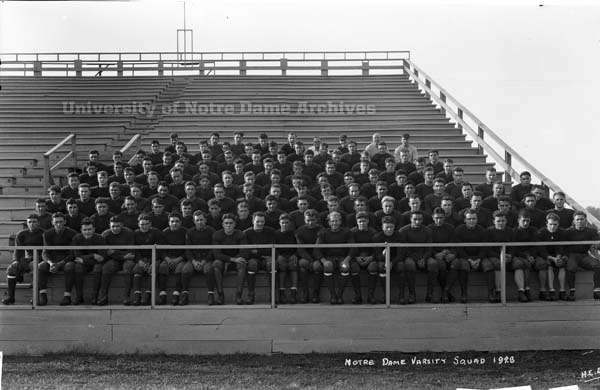 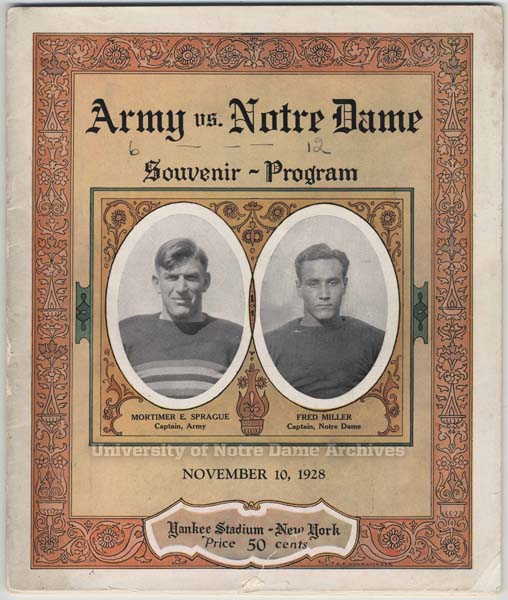 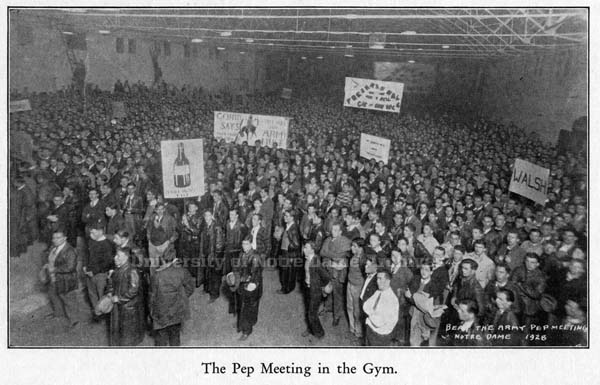 Student pep rally in the fieldhouse before Notre Dame’s 1928 game against Army. 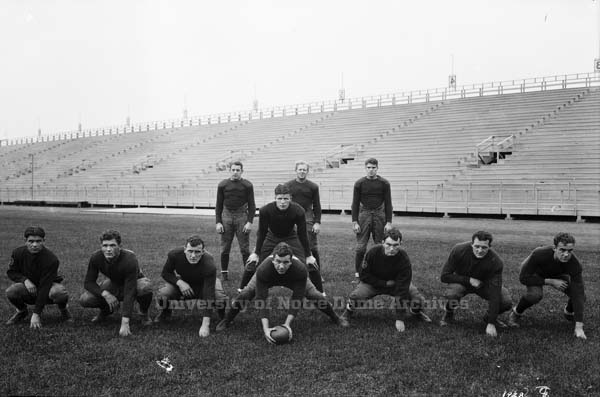 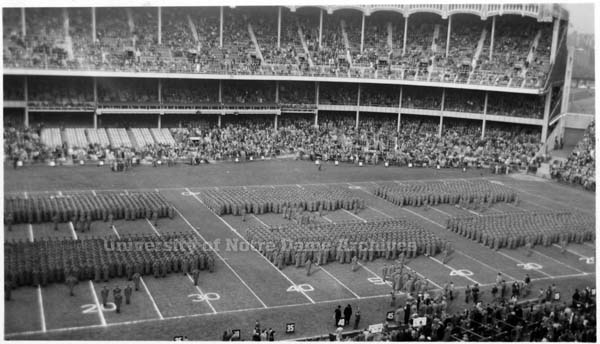 The Army cadets on the field at Yankee Stadium.

An artistic tribute to George Gipp following his death in Dec. 1920. 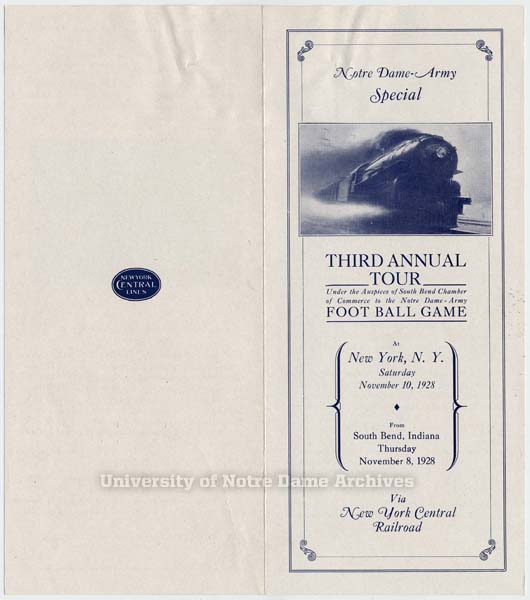 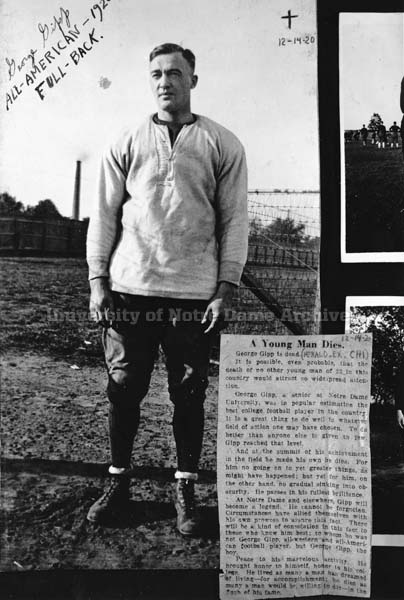