During his Irish career, Johnny Lattner (‘54) earned a reputation as a jack of all trades – running, catching and punting, while also returning punts and kickoffs and intercepting 13 passes as a defensive back. In the 1953 season, the Chicago native rushed for 651 yards and nine touchdowns, while also catching 14 passes for 204 yards. He returned eight kickoffs for 321 yards, including two for touchdowns, and finished the year with four interceptions. Despite not leading the team in any major offensive categories, Lattner earned the Heisman Trophy, beating out Minnesota’s Paul Giel in one of the closest ballots in history. In this ‘Strong and True’ moment, Notre Dame’s fourth Heisman Trophy winner talks about his memorable award-winning season. The accompanying photos are from the University of Notre Dame Archives. 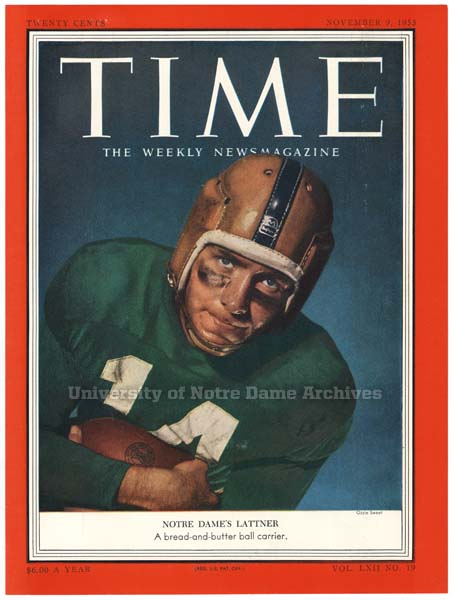 Irish right halfback Johnny Lattner appeared on the cover of Time on Nov. 9, 1953. 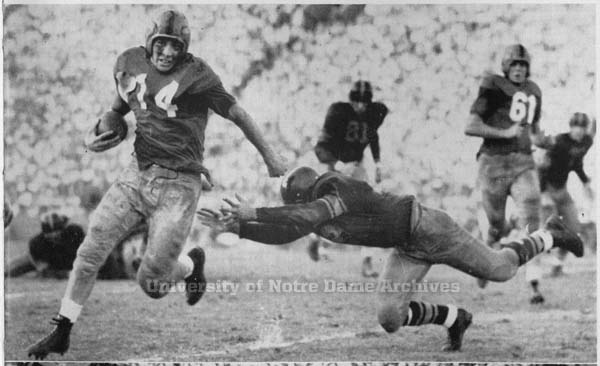 Lattner outruns a diving defender during Notre Dame’s game against USC in 1953. He scored four touchdowns against the Trojans. 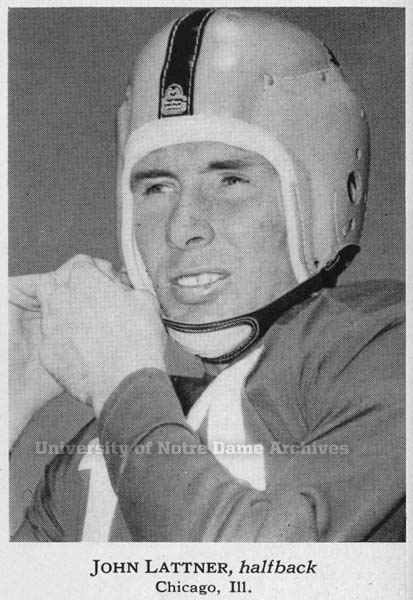 The Chicago native was a consensus All-American as both a junior and senior on offense and defense. 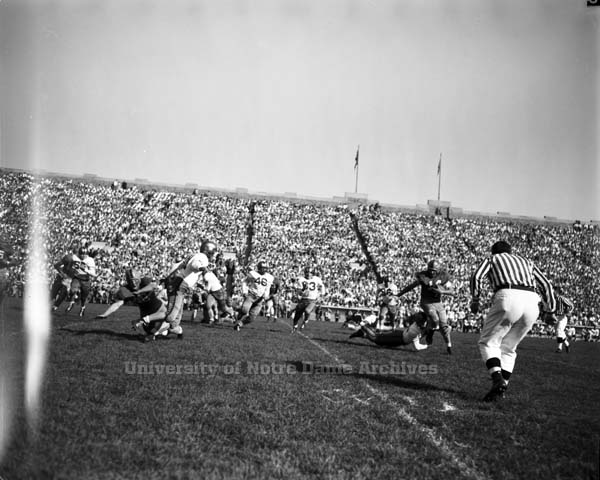 Lattner runs against Pittsburgh at Notre Dame Stadium in 1953. The Irish won, 23-14. 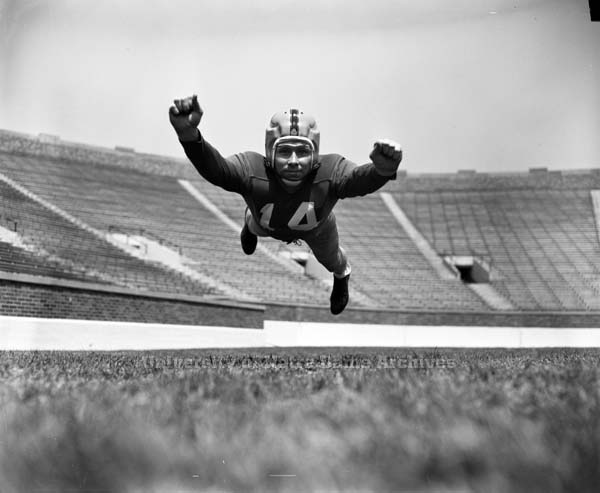 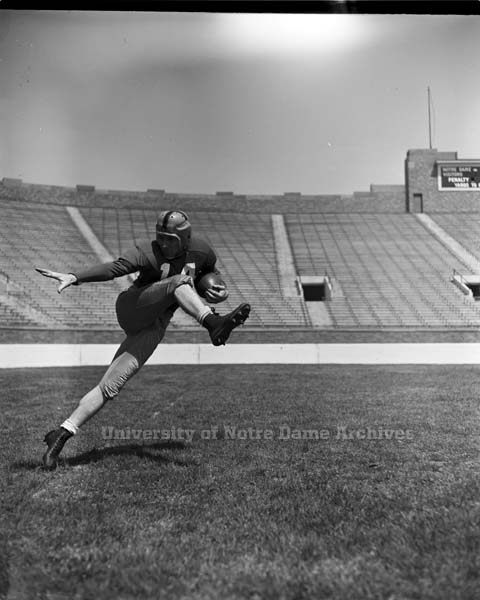 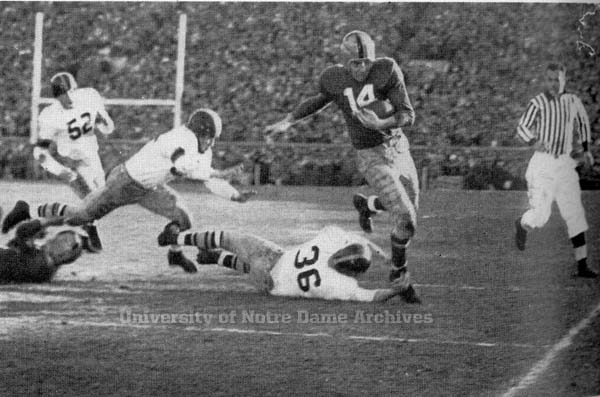 Johnny Lattner runs against USC in 1952. 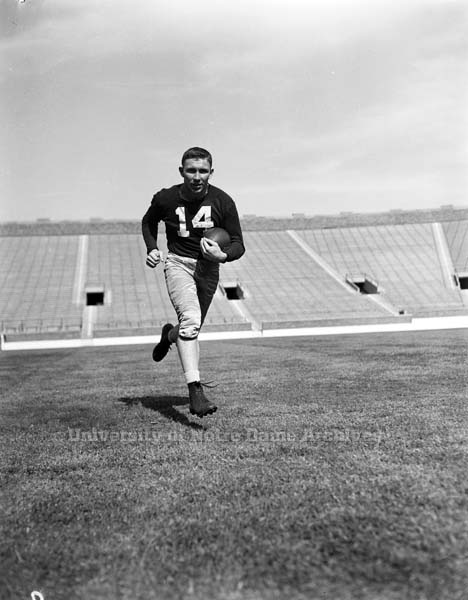 Lattner scored nine touchdowns in the 1953 season, and won the Heisman in one of the closest votes ever. 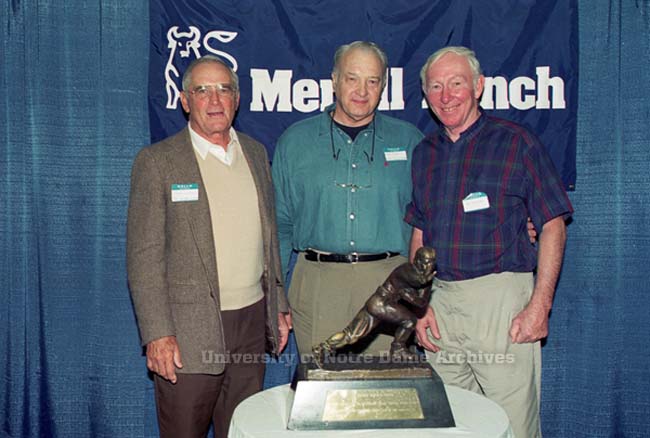 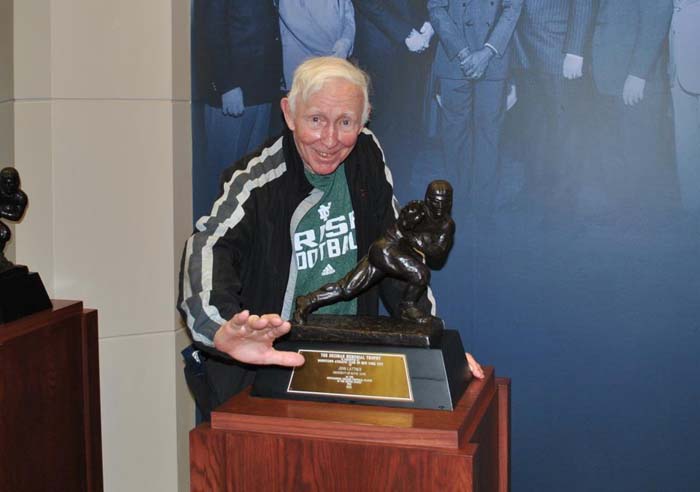 Lattner returned to campus as a guest speaker at the 2012 Notre Dame Football Fantasy Camp. Here he poses with his Heisman Trophy in the lobby of the Guglielmino Athletics Complex.