In 1956, Paul Hornung (‘57) completed 59 of 111 passes for 917 and three touchdowns. The senior was much more than a quarterback however, as he also ran for 420 yards on 94 total carries, returned kickoffs, kicked extra points, and intercepted a pair of passes as a safety. The Louisville, Ky. native ranked second nationally in total offense (1,337 yards) and accounted for more than half of Notre Dame’s scoring. In December, Hornung topped Tennessee’s John Majors in a close vote to become Notre Dame’s fifth Heisman Trophy winner. He is the only player from a losing team (the Irish finished 2-8) to ever win the prestigious award. In this ‘Strong and True’ moment, look back on Hornung’s career and Heisman season through images from the University of Notre Dame Archives. 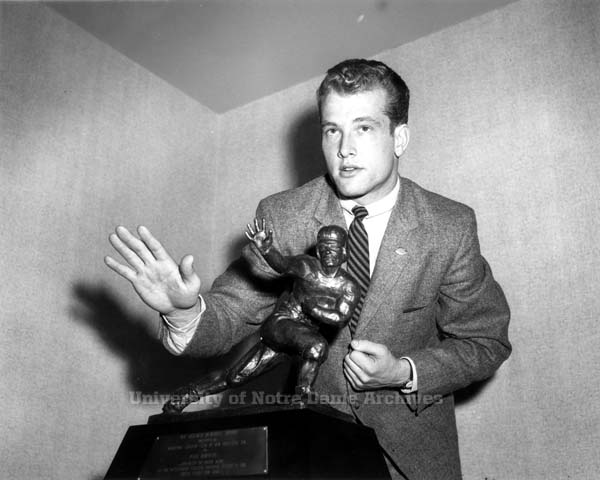 Hornung poses with the Heisman Trophy in 1956. 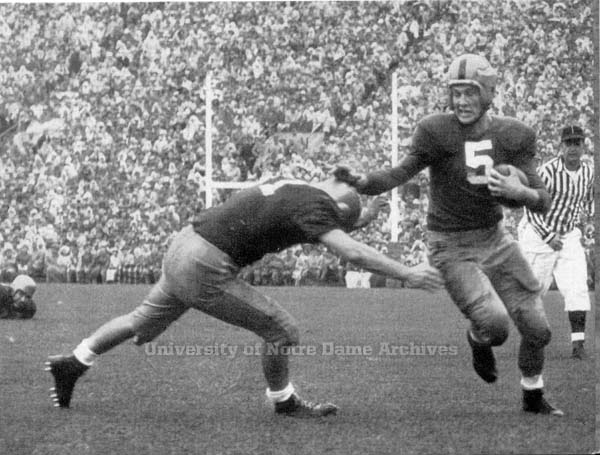 Hornung was an all-around athlete who played quarterback, left halfback, fullback and safety. 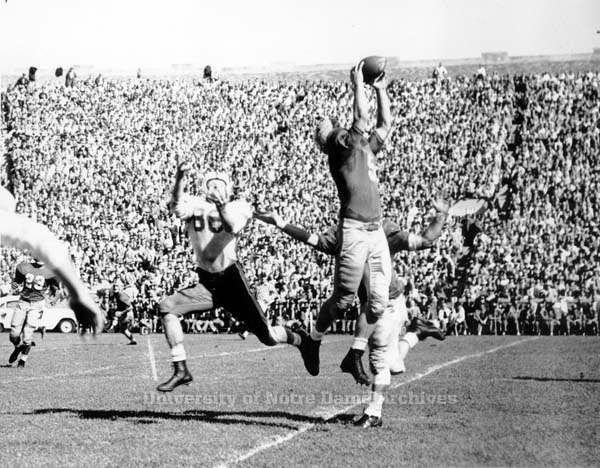 The Louisville, Ky. native intercepts a pass against Indiana in 1955. 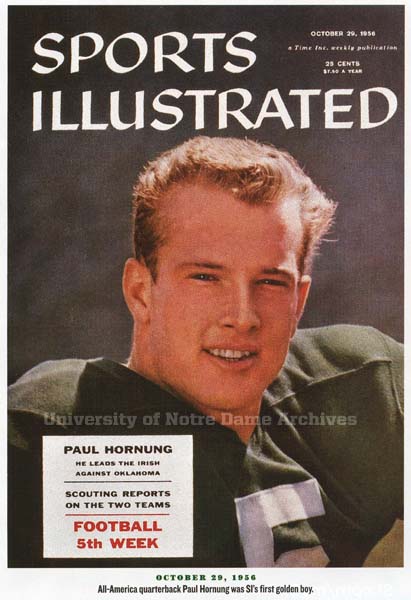 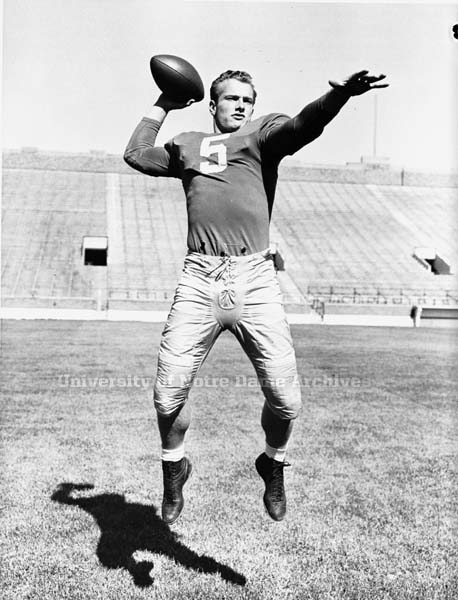 As a quarterback in 1956, Hornung threw for 917 yards and three touchdowns. 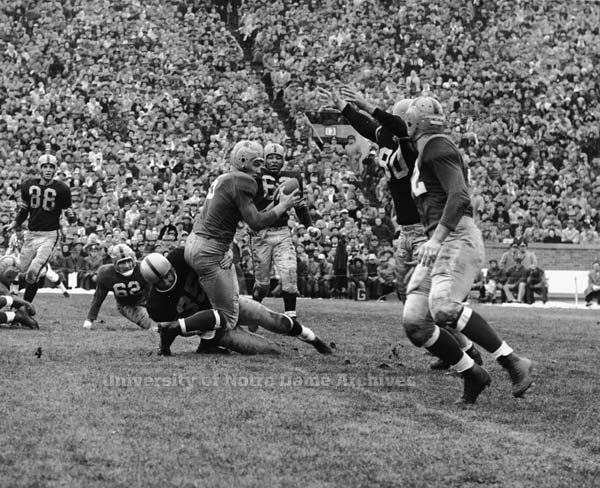 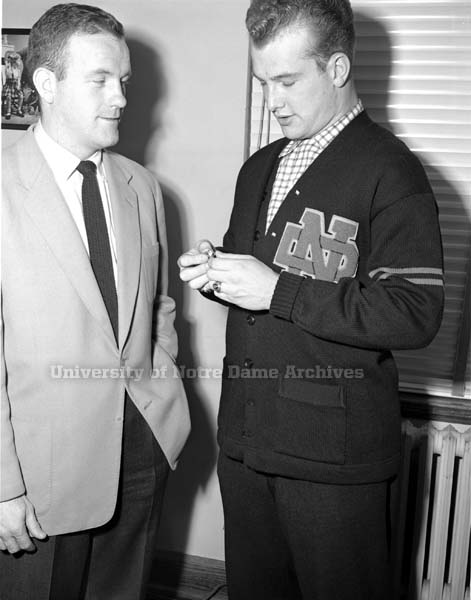 Head coach Terry Brennan, and Hornung in his monogram sweater, with the Enterprise Football Medal. 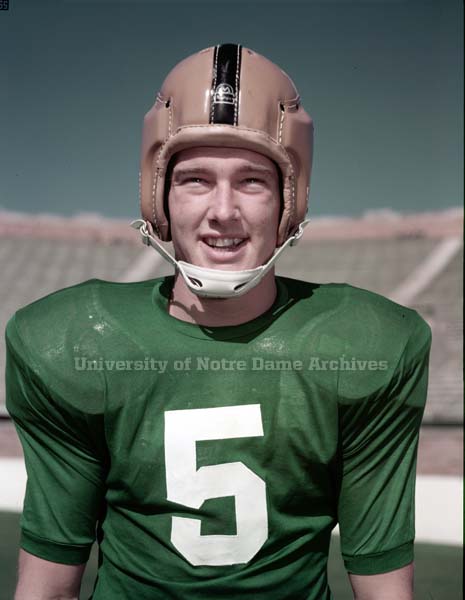 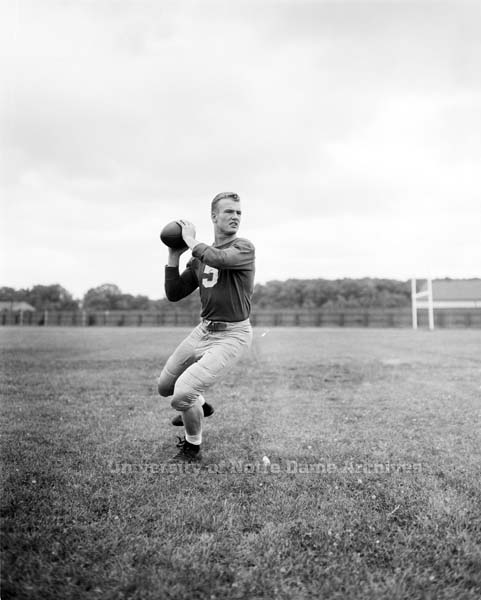 Hornung is the only player from a losing team (Notre Dame finished 2-8 in ’56) ever to win the Heisman Trophy. 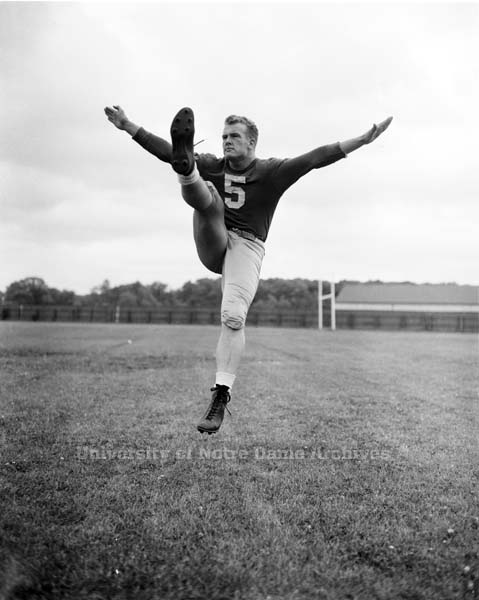