This Day In History: Beuerlein's Second Chance (1986 vs. USC)

On Nov. 29, 1986, unranked Notre Dame took on #17 USC in the season finale at the Los Angeles Coliseum. Head coach Lou Holtz benched quarterback Steve Beuerlein (‘87) after he threw his sixth interception of the season, but later in the final game of his Irish career, the California native was given another opportunity and a shot at redemption. He led Notre Dame back from a 17-point fourth quarter deficit, capped by John Carney (’87)‘s game-winning field goal as time expired. In this ’Strong and True’ moment, Holtz, Beuerlein and Tim Brown (‘88) look back on Notre Dame’s 38-37 win – a victory that helped set the foundation for the Irish’s 1988 national championship season. 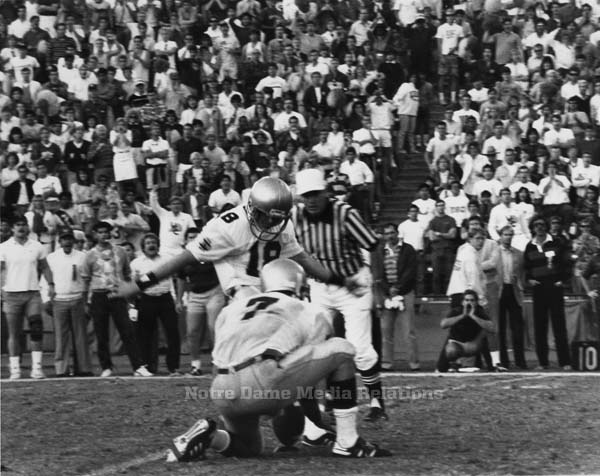 John Carney (’87) kicked a 19-yard field goal as time expired to give the Irish a 38-37 victory at the Los Angeles Coliseum. 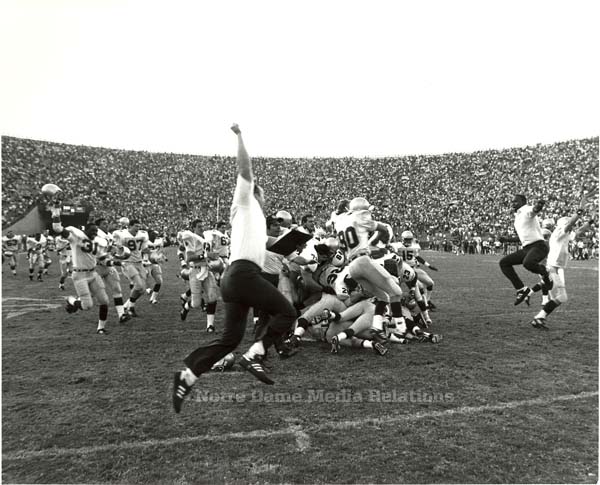 The Irish celebrate their upset over the #17 USC Trojans in the final game of the 1986 season. 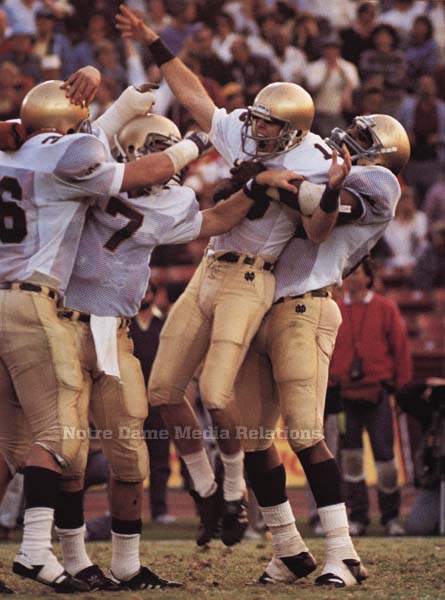 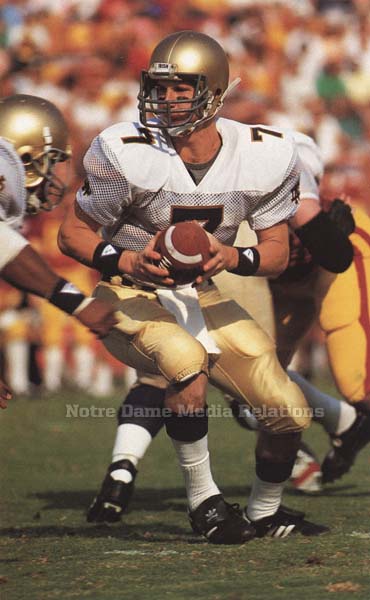 After being benched by head coach Lou Holtz, quarterback Steve Beuerlein (’87) re-entered the game and brought Notre Dame back from a 17-point deficit.