As a four-year letterwinner with the Fighting Irish, Leon Hart (‘50) did not lose a single game (36-0-2) and was a three-time first-team All-American. In 1949, he was voted the Associated Press male athlete of the year, so it should probably come as no surprise that he also became Notre Dame’s third Heisman Trophy winner, following that season. The Turtle Creek, Penn. native caught 19 passes for 257 yards and five touchdowns, while also running for 73 yards on 18 carries and recovering three fumbles. A right end, he is one of only two linemen to ever win the Heisman and part of the last wave of two-way players. This ‘Strong and True’ moment features University of Notre Dame Archives photos from Hart’s Heisman season and memorable Fighting Irish career. 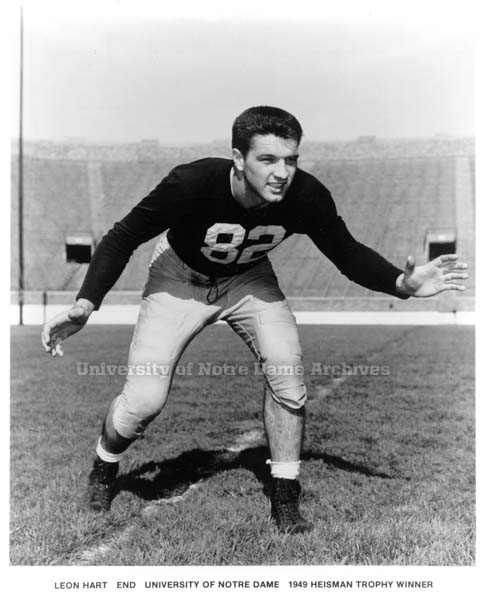 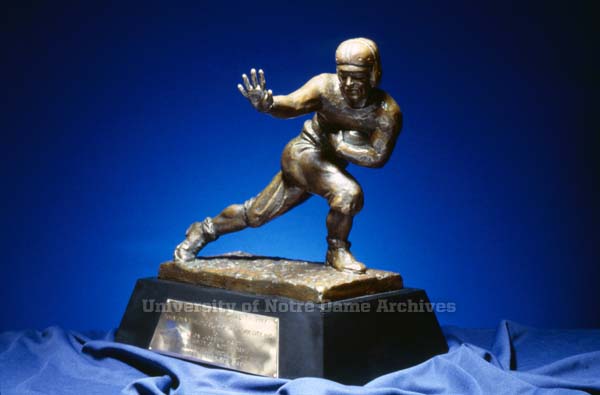 Leon Hart was the third Notre Dame player to win the Heisman Trophy. 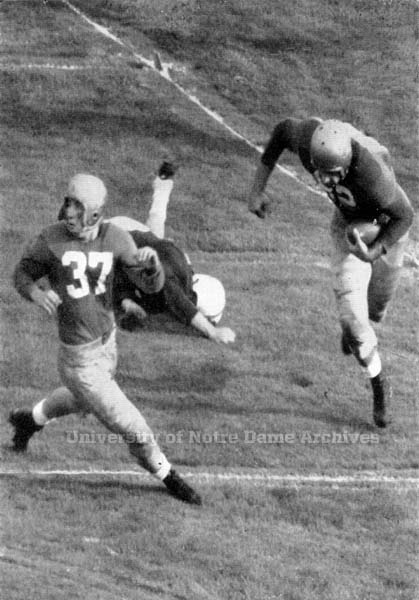 Hart carries the ball for a touchdown with a block from Bill Barrett (#37). 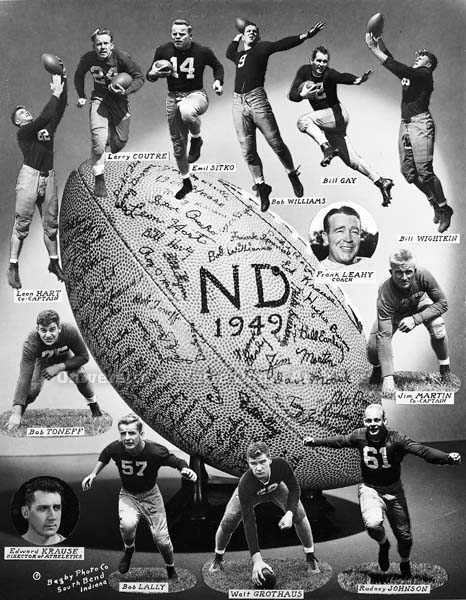 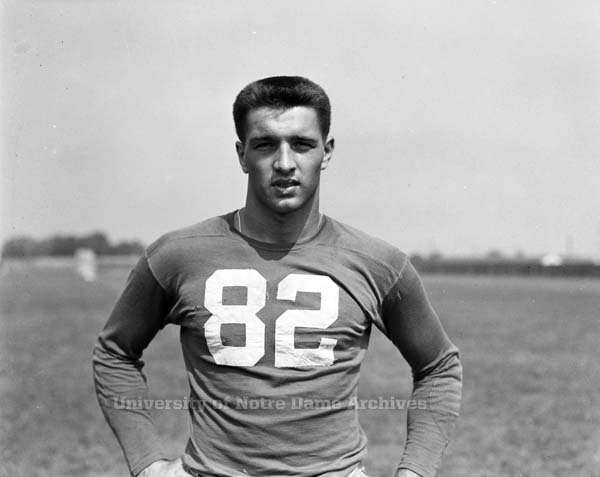 Leon Hart was a three-time consensus All-American and went 36-0-2 during his Notre Dame career. 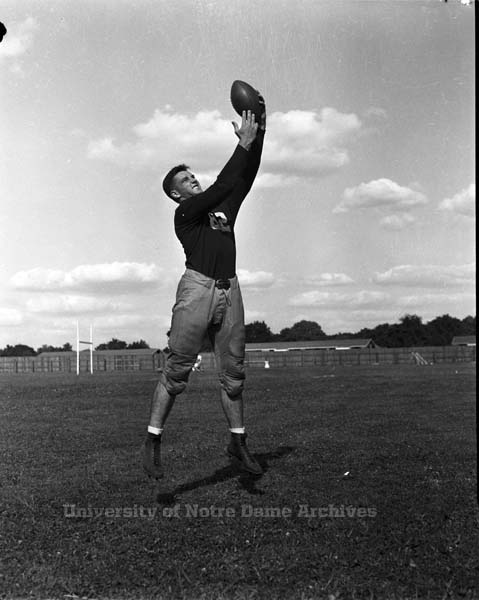 As a senior right end, Hart caught 19 passes for 257 yards and five touchdowns. 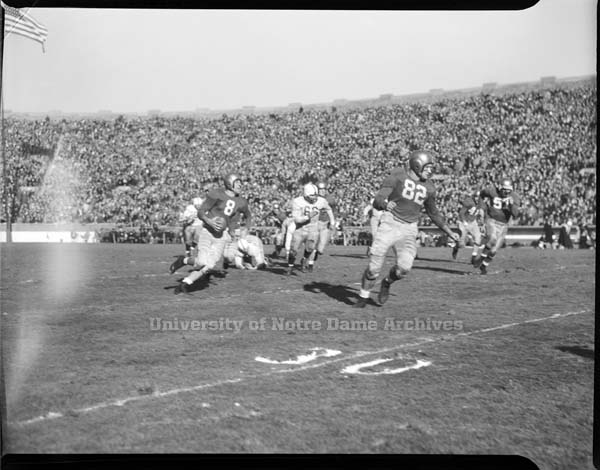 Hart (#82) block as the Irish’s Frank Tripucka runs against Washington.