In July 2009, former Fighting Irish head coach Lou Holtz led Notre Dame onto the field for one last game, coaching a team of past Irish players in the Notre Dame Japan Bowl at the Tokyo Dome. Led by MVP Jay Vickers (‘00), the Fighting Irish Legends won, 19-3 in the game celebrating the 75th anniversary of the Japan American Football Association (JAFA). In this ’Strong and True’ moment, relive the historic exhibition game in a segment from the Inside The Legends DVD. The accompanying photos are courtesy of Lighthouse Imaging. 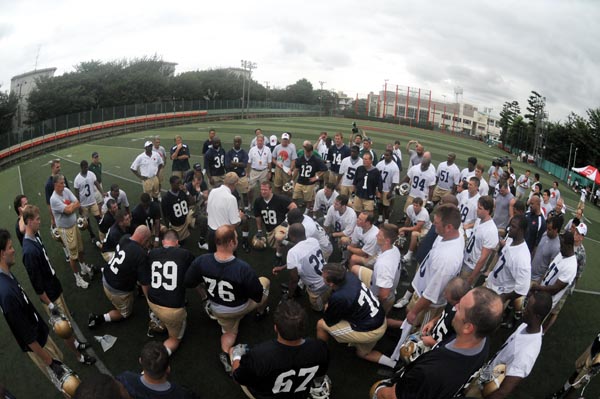 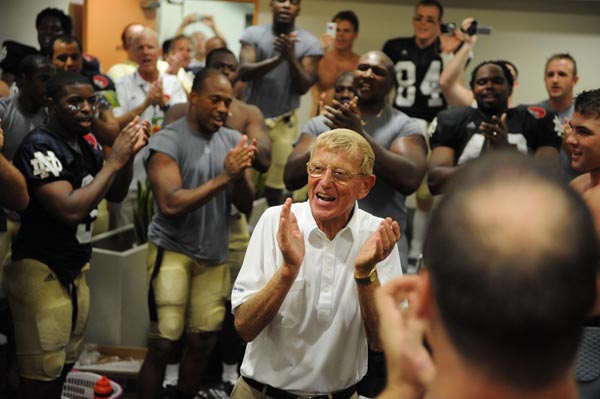 Holtz leads the Irish in the Notre Dame Victory March following the 19-3 win. 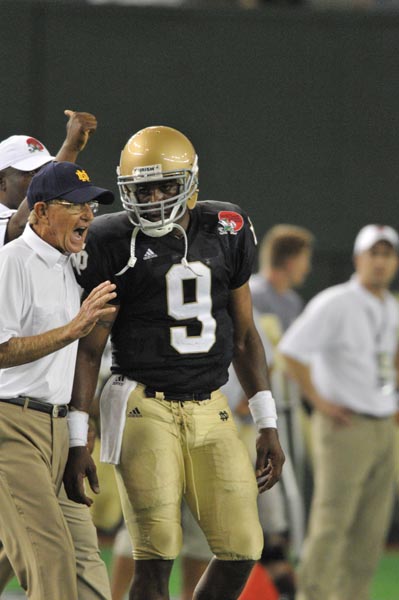 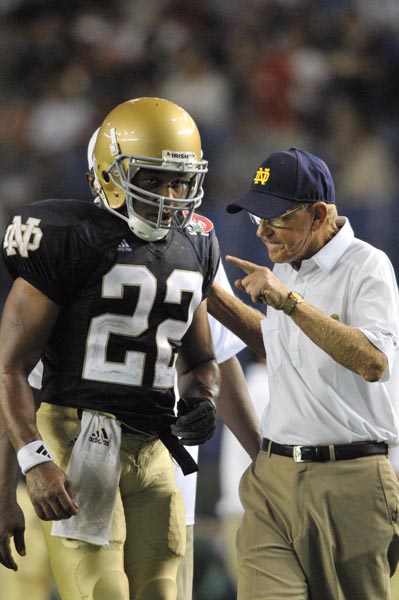