First game in series with Navy

In 1927, the Notre Dame football squad traveled to Baltimore, Md. for its first game against the United States Naval Academy. Little did Knute Rockne’s team know at the time, but that contest marked the beginning of one of the most respectful rivalries in college football. Today’s game in Dublin, Ireland is the 86th consecutive year in which Notre Dame and Navy have met on the football field. The following photos are from the series’ first game program and the 1927 season. The “God, Country, Notre Dame” video was shown during the Shamrock Series Pre-Game Show at FedEx Field on Nov. 12, 2011. 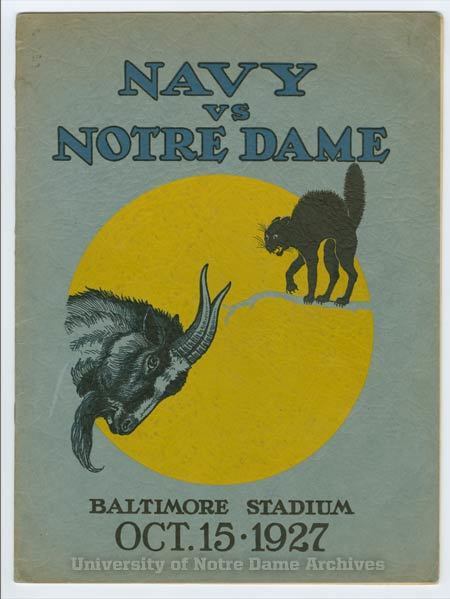 The program cover from the first Notre Dame vs. Navy football game. 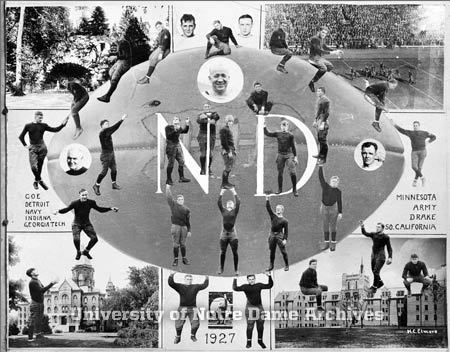 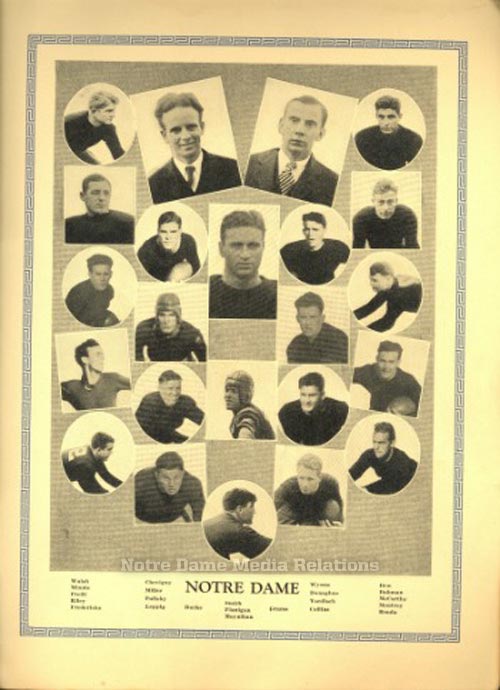 Student-athletes from the 1927 Irish football team. 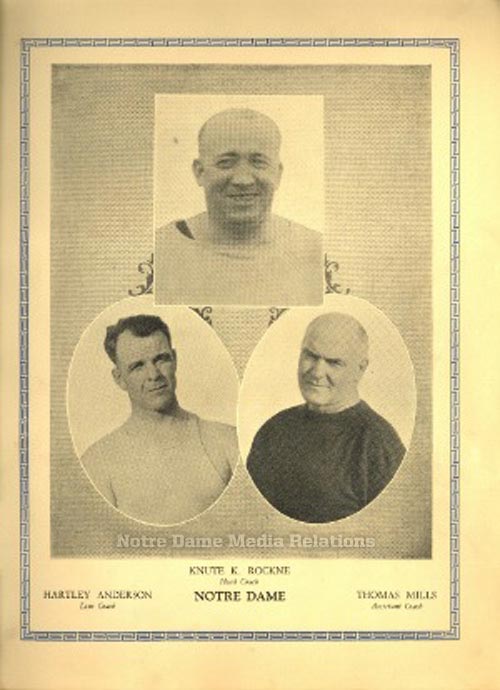 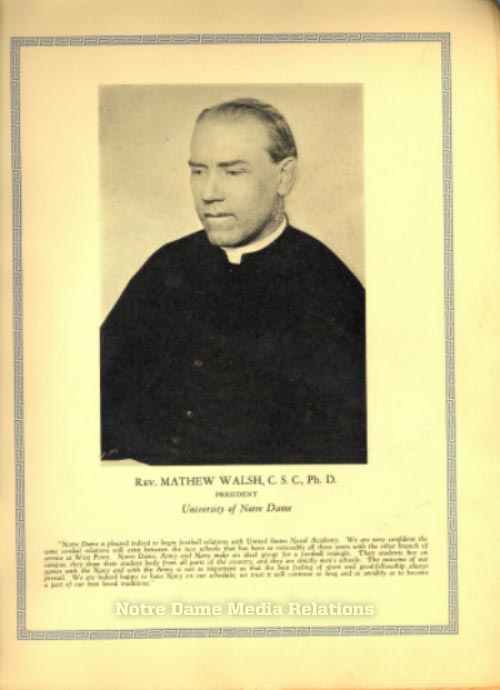 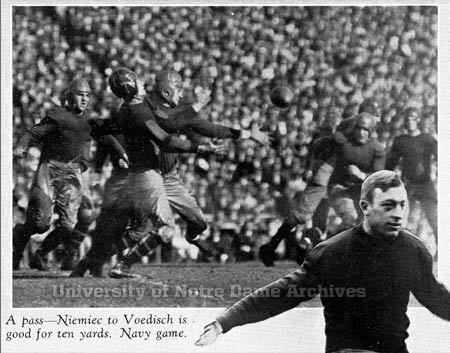