Nearly every Notre Dame fan has heard the story of Daniel “Rudy” Ruettiger (‘76) as told in the 1993 motion picture starring Sean Astin. However, many are not familiar with the real story behind the walk-on’s game-ending sack on the final play of his Notre Dame career. In this ‘Strong and True’ moment, teammates Steve Orsini (‘78), Nick Fedorenko (’76) and Jerome Heavens (‘79) look back at the 1975 game between Notre Dame and Georgia Tech, sharing their memories of Rudy’s true Hollywood ending. 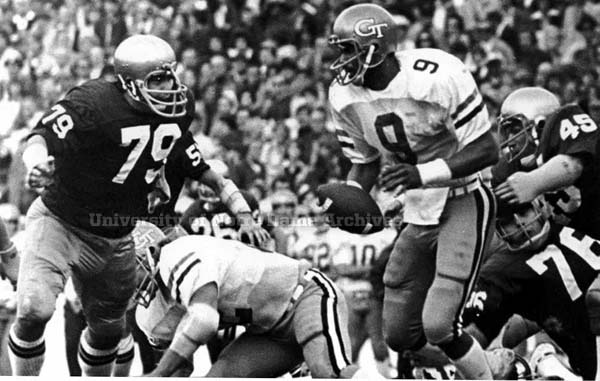