This Day In History: Most Points Ever (1905 vs. American Medical)

On Oct. 28, 1905, Notre Dame turned in its greatest offensive performance of all-time, defeating American College of Medicine and Surgery of Chicago, 142-0. The Fighting Irish scored 27 touchdowns, and the game was called after 33 minutes of play, meaning the offense averaged 4.3 points per minute. Ten different players had multiple scores, led by Bill Downs’ four touchdowns. There was even one period during the game in which Notre Dame scored 10 touchdowns in eight minutes. This ‘Strong and True’ moment features images from the University of Notre Dame Archives, as well an excerpt that was first published in the Nov. 4, 1905 issue of Scholastic, Notre Dame’s student magazine.

That looks good anyway. Rather relieves the feeling after the Wabash game. Although the Varsity had practically no opposition, they certainly had to go some to run up one hundred and forty-two points in thirty-three minutes of play. One hundred and forty-two is plenty, but had we kicked even a fair percentage of goals, we would have twenty points more.

The halves were to have been twenty-five and twenty, but the last half was only eight minutes’ long, as the “doctors” must eat before catching their train. And anyway the score suited them as it stood.

We were in good shape after the light work of the week before, and the men played the fastest game they have put up this year. The team work showed an improvement, and from the minute the whistle blew in the first half, the only question the rooters could ask was: “How large will the score be?” On defense, we had no chance to show what we could do as the “Medics” fumbled or mixed their signals so that they never gained an inch, in fact, lost ground every time they had the ball which, it must be mentioned in passing, was very seldom.

The game as a whole was a poor exhibition of football as it was played by only one team, the others simply filled in space. From two to four plays was all that was required for a touchdown. The most noticeable feature of the game was the speed of all, but especially the men who were drawn out of the line to carry the ball. 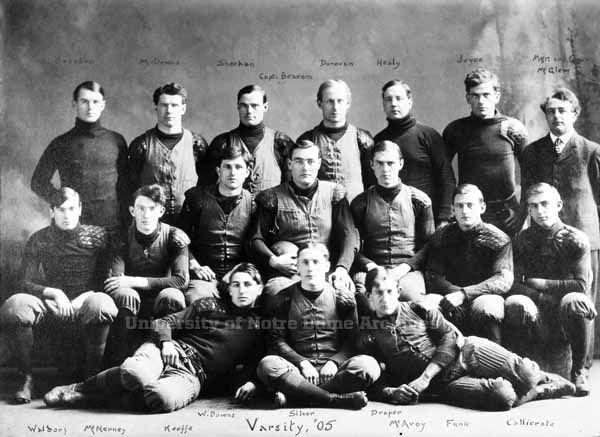 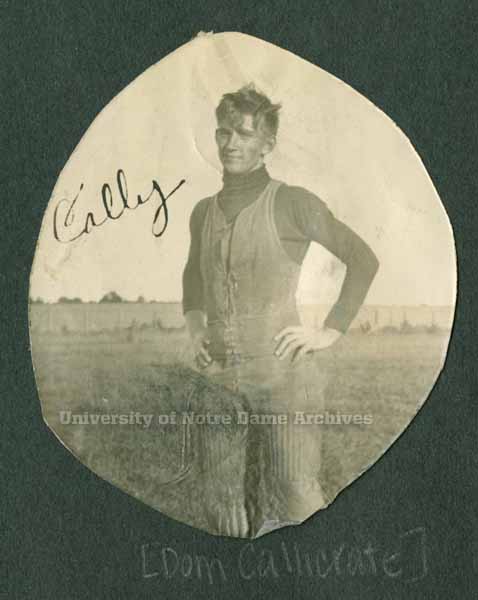 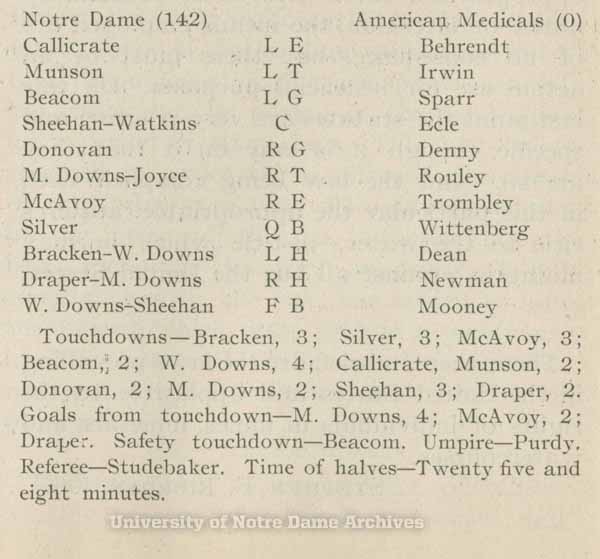 The box score from Notre Dame game against American Medical.