The last time Notre Dame and Alabama met in a bowl game, it was a matchup dominated by defenses. Behind touchdown runs from Wayne Bullock (‘75) and Mark McLane (’77), the Irish jumped out to a 13-0 lead, and held on for a 13-11 victory in the 1975 Orange Bowl. It was also the final game for Notre Dame head coach Ara Parseghian, who had decided earlier in the year that the 1974 season would be his last. In this ‘Strong and True’ moment, Parseghian talks not about his final game as head coach, but about his decision to retire after 11 seasons leading the Fighting Irish. The accompanying images from the 1975 Orange Bowl are from the University of Notre Dame Archives. 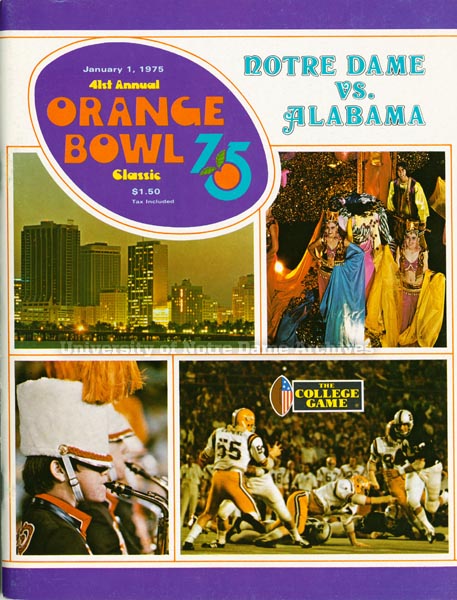 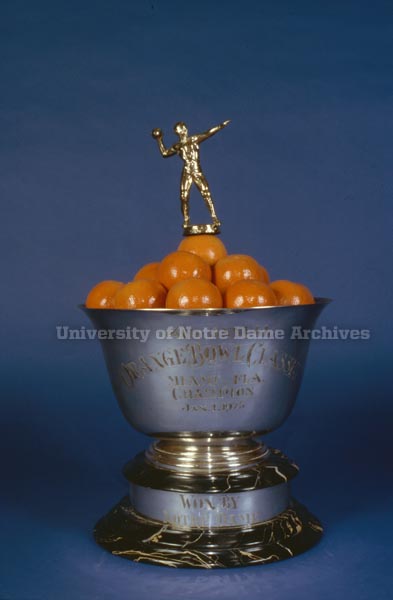 Notre Dame defeated Alabama, 13-11, sending Ara Parseghian out with a victory in his final game as head coach. 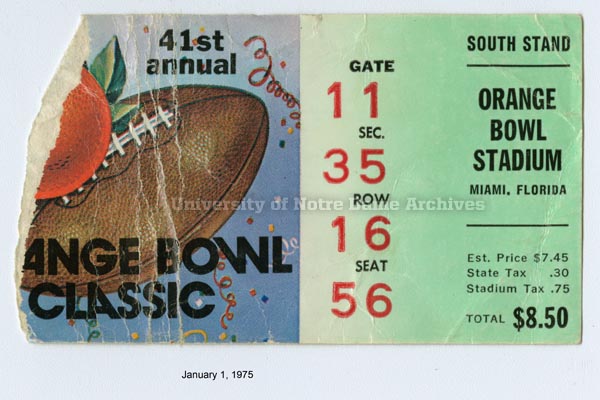 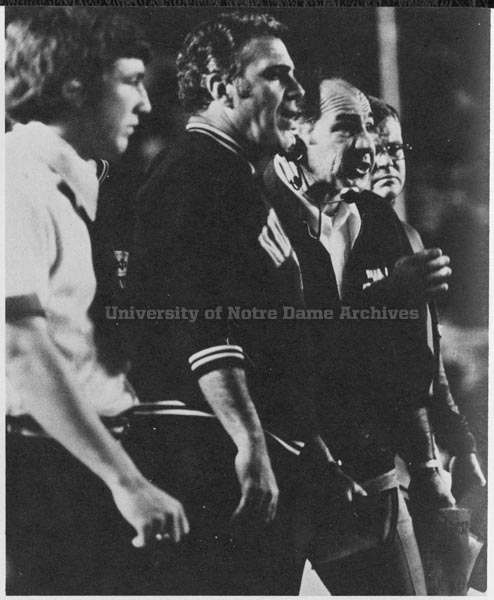