Lou Holtz had already announced his retirement as head coach at Notre Dame before the Fighting Irish hosted Rutgers on Nov. 23, 1996. In the final home game of the season, Notre Dame rolled to a 62-0 victory, sending Holtz off with a fitting farewell and his 100th victory at the university. In this video, Notre Dame’s all-time leading rusher Autry Denson (‘99) reflects back on his time in South Bend and the impact that Holtz had on his life. Relive the emotional day with highlights, NBC’s pre-game video and Holtz’s post-game speech to the Notre Dame student body. 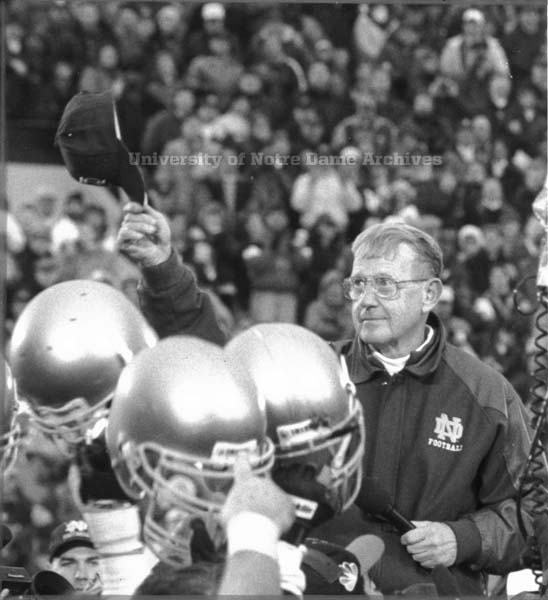 Holtz on the field with his players following the 62-0 victory over Rutgers. 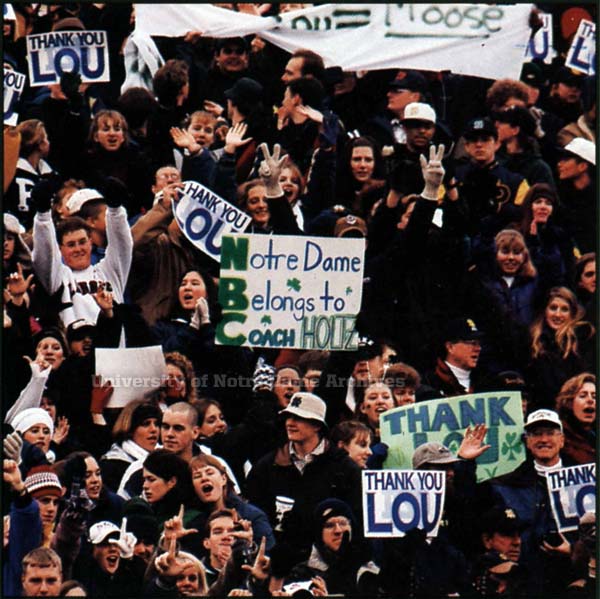