“What’s the difference between Cheerios and Notre Dame?”
“Cheerios belong in a bowl.”

While some in college football felt the 9-3 Fighting Irish were not worthy of their 1992 Sugar Bowl berth, head coach Lou Holtz used that to motivate his team for its matchup against #3 Florida. Entering the game, the 10-1 Gators were a clear favorite, and quickly proved why, as they jumped out to a 16-7 halftime lead. But the second half was different, as the Irish ran for 245 yards, and outscored their opponent, 32-12 to emerge with a 39-28 in the 58th Sugar Bowl. In this ‘Strong and True’ moment, watch highlights from the game known as “The Cheerios Bowl,” a Notre Dame victory that helped set the tone for the following season. The accompanying images are from the University of Notre Dame Archives. 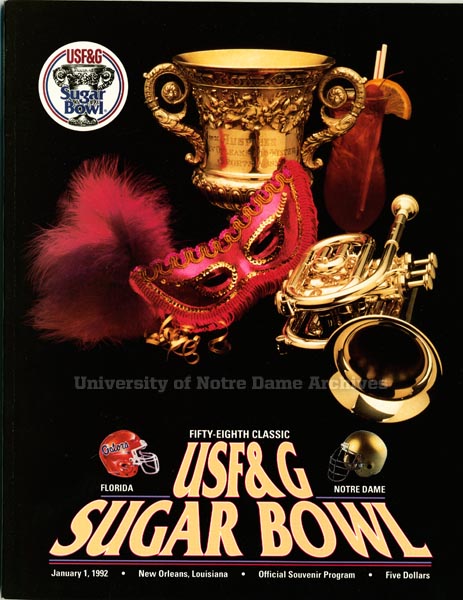 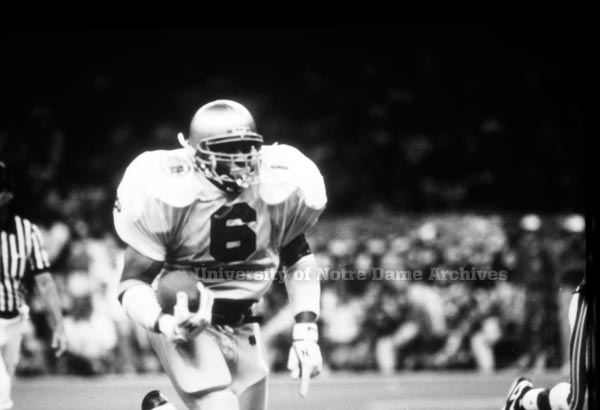 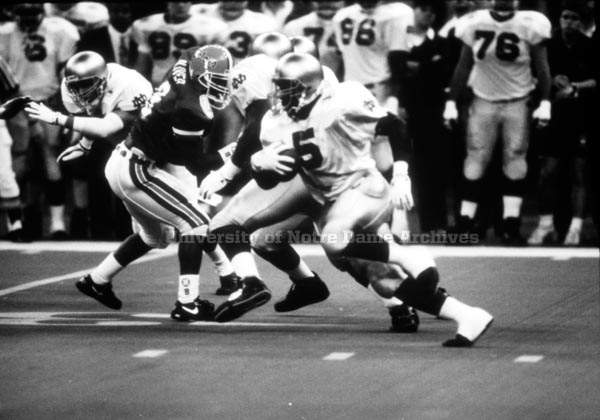 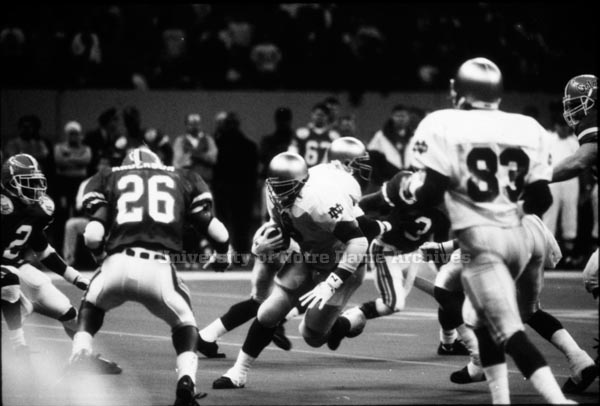 Bettis carries the ball against the Gators in the 1992 Sugar Bowl. 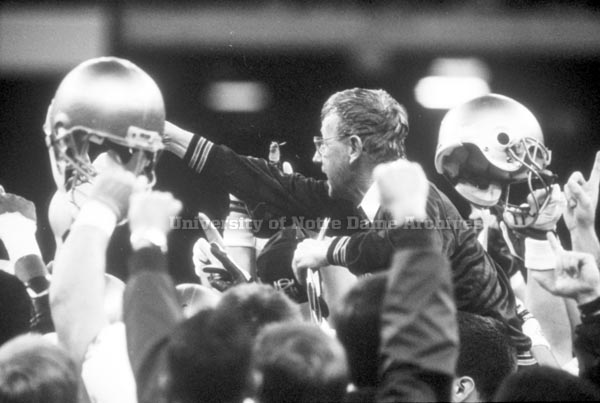