On New Year’s Eve 1973, #3 Notre Dame battled #1 Alabama in the Sugar Bowl at Tulane Stadium. The matchup of unbeaten teams was a back and forth contest for much of the game, and came down to the final few minutes of regulation when Bob Thomas (‘74) kicked a go-ahead field goal with 4:26 to play. But the Crimson Tide pinned the Irish near their own end zone on their next possession and it looked as though Notre Dame might have to punt, giving Alabama a chance at a game-winning field goal of its own. That was, at least until third down, when Tom Clements (’75) connected with Robin Weber (‘76) on a long pass that sealed a 24-23 Irish victory. In this ’Strong and True’ moment, Ara Parseghian and Dave Casper (’74) look back at the famous play that helped Notre Dame earn the #1 ranking and a national championship. The accompanying images are from the University of Notre Dame Archives. 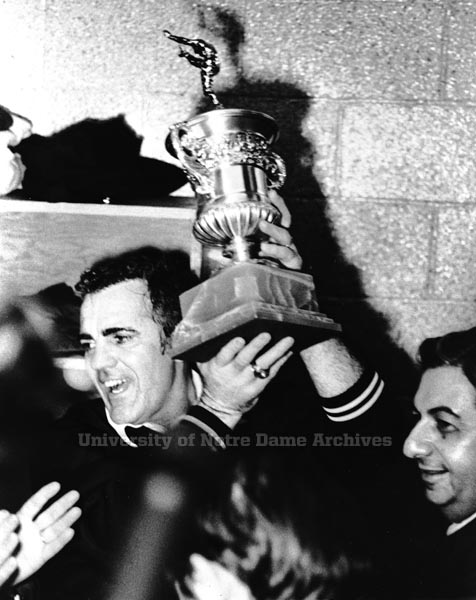 Head coach Ara Parseghian celebrates with the trophy in the locker room after the game. 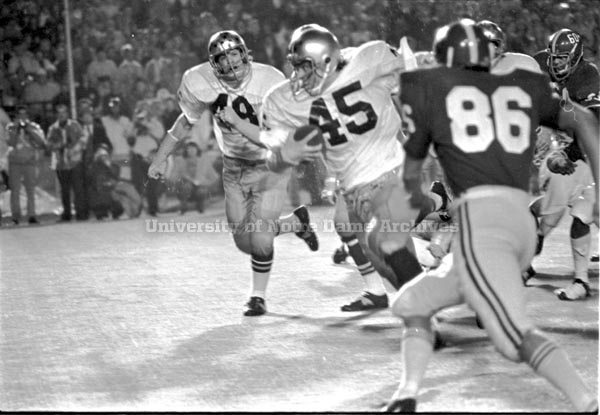 Drew Mahalic running back a fumble against the Crimson Tide. 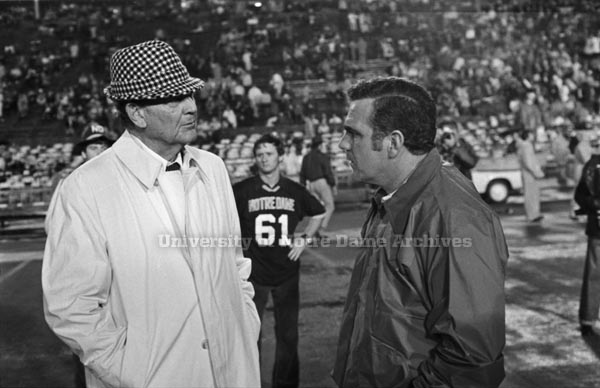 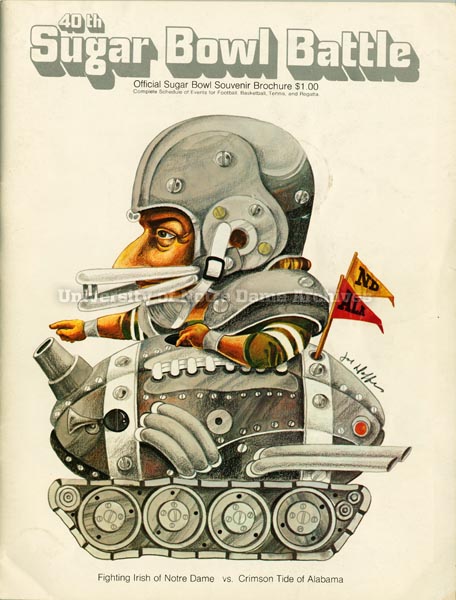