At the end of the 1920s, Notre Dame was regarded as one of the best teams in college football. At the same time, the New York Giants were recognized as a top squad in the young National Football League. On Dec. 14, 1930, Irish head coach Knute Rockne led a team of Notre Dame All-Stars against the Giants at the Polo Grounds in an event to raise money for the Committee on Unemployed. Over 55,000 fans gathered to watch the postseason exhibition, and though the Irish lost 22-0, more than $110,000 was raised for the city during the Great Depression. Tragically, it turned out to be the final game that Rockne ever coached, as he died in a plane crash during the following spring. In this ‘Strong and True’ moment, look back on one of the most unique games in Notre Dame football history. The accompanying excerpt is from an Associated Press article published in The Yonkers Herald.

The difference between professional and intercollegiate football, if any, should be strikingly demonstrated tomorrow when Knute Rockne’s Notre Dame All Stars clash with the New York Giants of the National Professional Football League. The game will be played at the Polo Grounds before a crowd of 40,000 or more.

Rockne has gathered together an imposing array of talent, including three stars of his 1930 machine, Carideo, Brill and O’Connor. Then there will be Law, Moynihan, Cannon, Twomey, Voedisch, Crowley, Hunsinger and a host of other heroes of other great Notre Dame elevens.

To oppose this group of All Stars in name and fact, the Giants will pit one of the finest pro outfits in the country. Benny Friedman, old Michigan quarterback, is the mainspring of the Giants attack. His passing, as sensational as it ever was, has been a major factor in the Giants’ successes this season. Another agile pro performer will be Red Cagle, the flashing red head of Army fame. 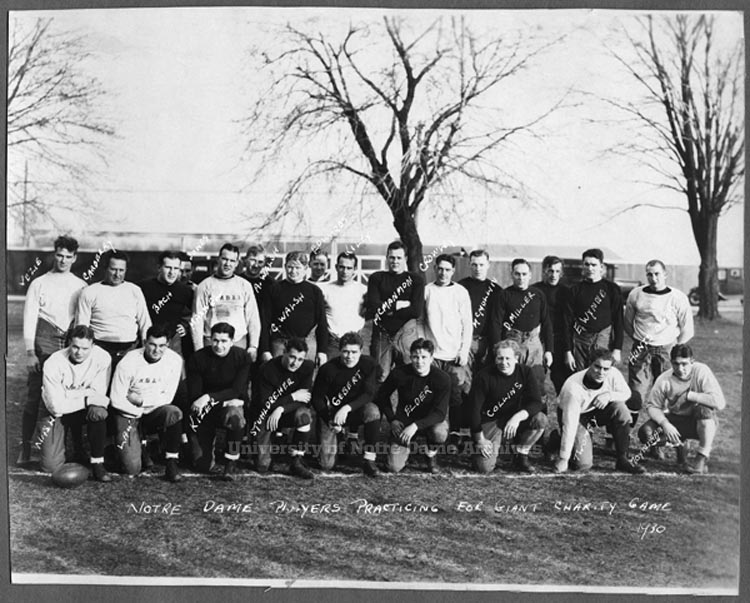 Among the players on the Notre Dame All-Stars were the Four Horsemen – Harry Stuhldreher, Don Miller, Jim Crowley, and Elmer Layden. 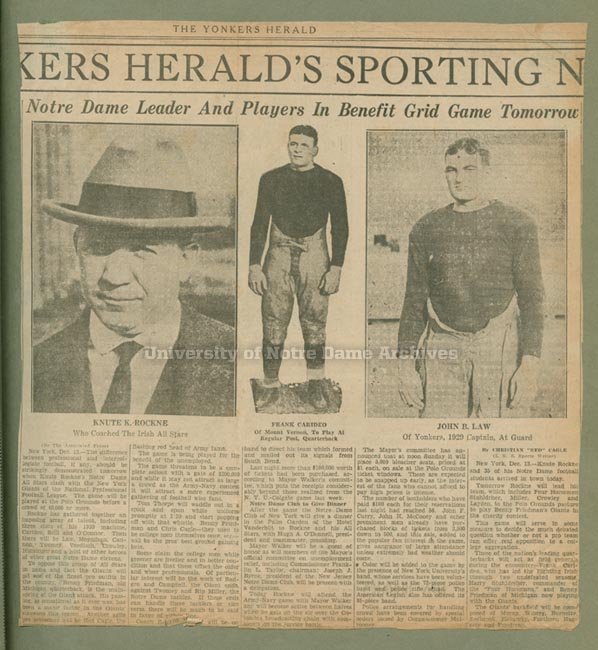 The Yonkers Herald article on the day before the game. 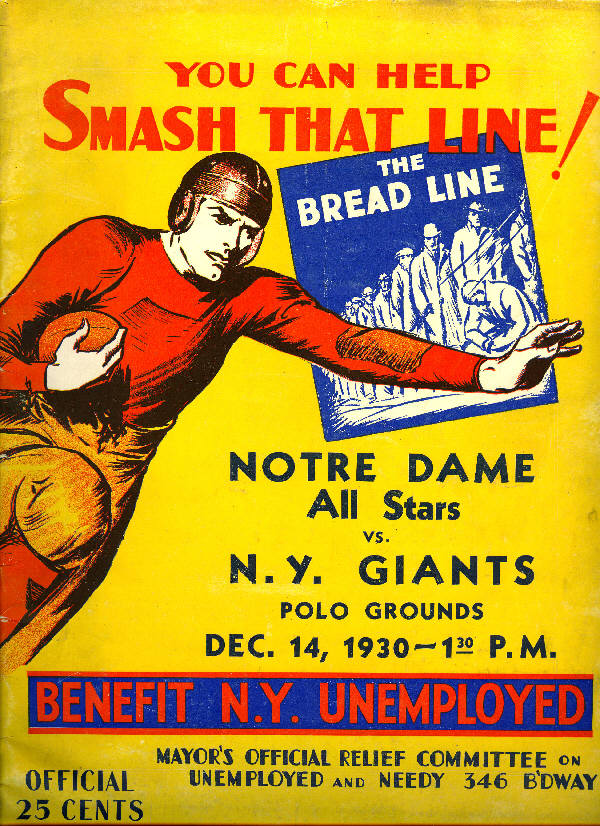 Program cover for the matchup between the Notre Dame All-Stars and New York Giants. (Photo from todayinNDhistory.com)

The Fighting Irish were no match for the Giants, and after the game, Rockne said to his players, “That was the greatest football machine I ever saw. I am glad none of you got hurt.”

The New York Times headline from Monday morning after the game.