On Nov. 16, 1957, unranked Notre Dame traveled to Norman for a matchup against #2 Oklahoma. Riding an unprecedented 47-game winning streak, the Sooners came into the game as 19-point favorites. Each offense threatened to score, but it was a defensive battle, and neither could cross the goal line until late in the fourth quarter, when the Fighting Irish strung together a 20-play, 80-yard drive.

On fourth-and-goal from the three-yard line, Bob Williams (‘59) pitched to Dick Lynch (’58), who found an opening for the game’s only score. Later, with under a minute remaining, Williams intercepted an Oklahoma pass in the end zone to seal the victory and snap the historic streak. It was the Sooners’ first shutout loss in 123 games. Interestingly, Notre Dame was also the previous team to top Oklahoma, in the 1953 season opener. In this ‘Strong and True’ moment, relive the historic ’57 game through highlights from Tel-Ra Productions and images from the University of Notre Dame Archives. 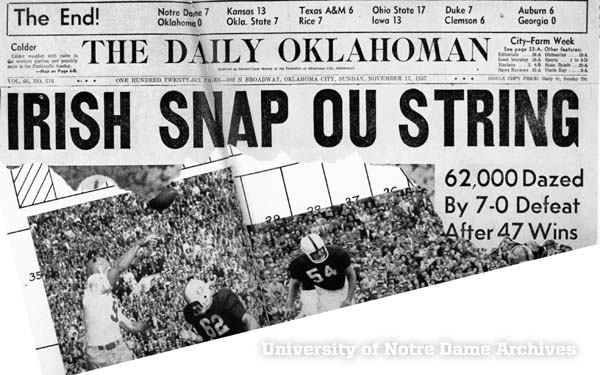 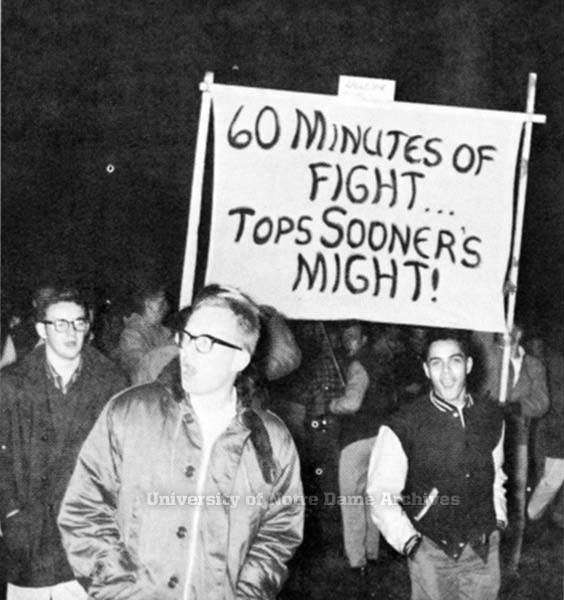 From the Scholastic Football Review, Irish fans celebrate the historic win over the Sooners. 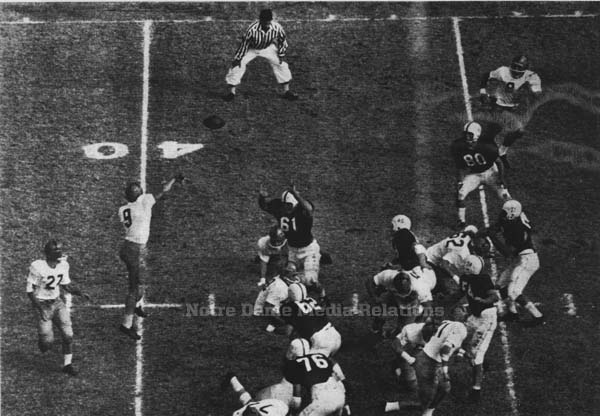 Game action from the 1957 contest between Notre Dame and Oklahoma. 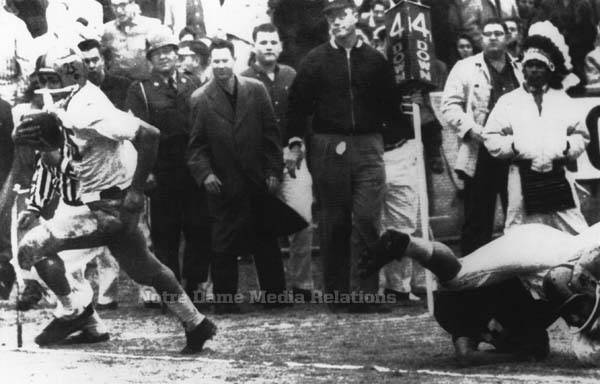 Dick Lynch (‘58) scored the game’s only touchdown to give the Irish a 7-0 upset victory.