Throughout the season, much has been made about the similarities between the 2012 Fighting Irish and the 1988 national championship squad. It’s only fitting then, that for the 125th and final ‘Strong and True’ moment, Fighting Irish Digital Media looks back on the 1989 Fiesta Bowl, the victory over #3 West Virginia that brought #1 Notre Dame its eleventh consensus title. In recent interviews, Tony Rice (‘90) and Scott Kowalkowski (’91) looked back on the team’s preparation for the Mountaineers and what it was like to win a national championship. The accompanying photos are from the University of Notre Dame Archives. 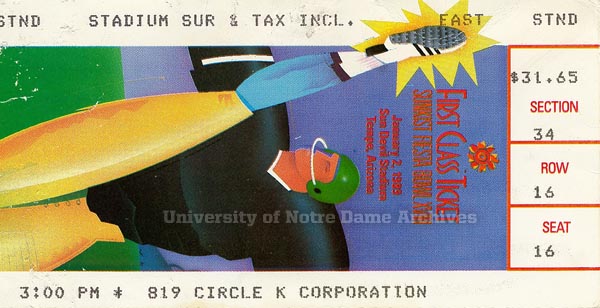 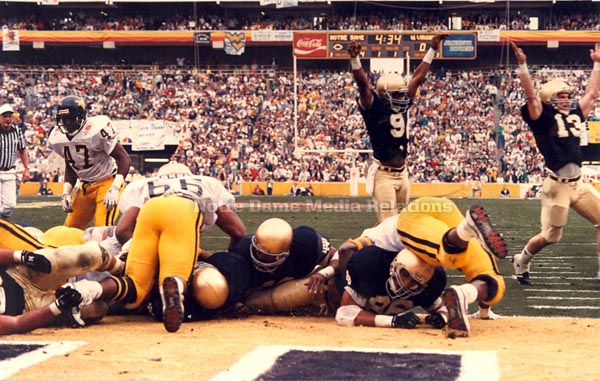 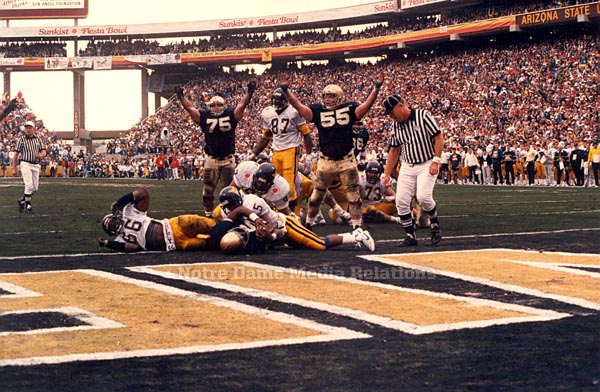 The Irish celebrate a touchdown by Rodney Culver in the second quarter. 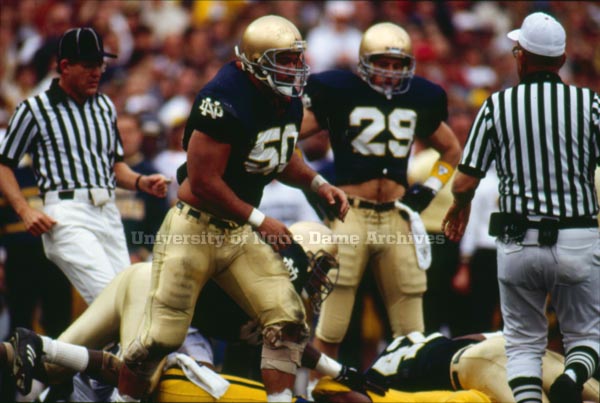 Chris Zorich and the Irish defense held the Mountaineers to 282 total yards. 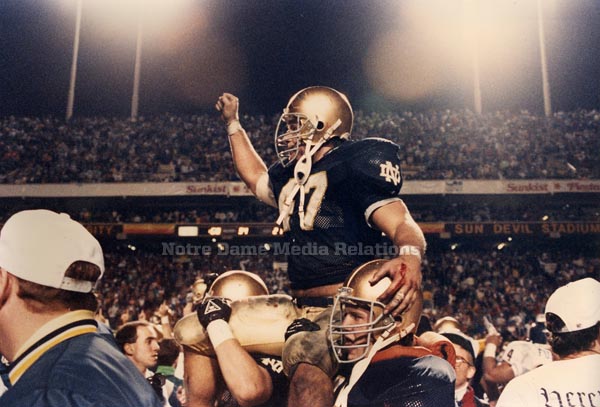 Linebacker Ned Bolcar is carried off the field following the Irish victory.