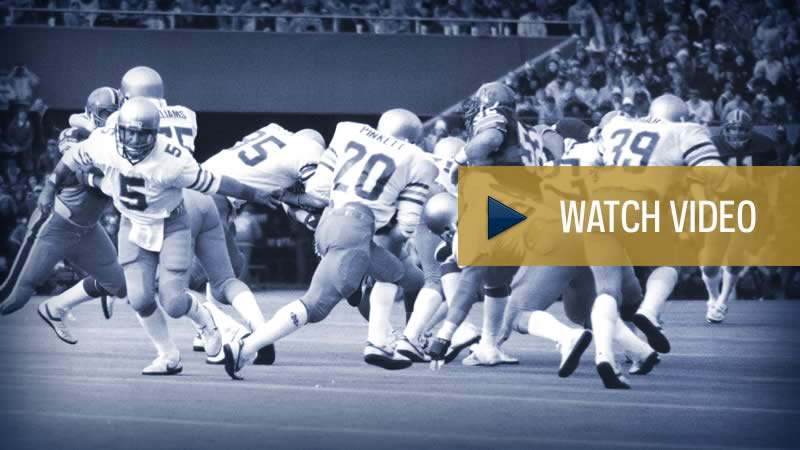 On Nov. 6, 1982, unranked Notre Dame traveled to the Steel City to take on Dan Marino and No. 1 Pittsburgh. A 76-yard touchdown run by freshman Allen Pinkett (’86) sparked the 31–16 upset. In this video, Pinkett recalls the touchdown, as well as the celebration that ensued when Notre Dame returned to campus. Originally published in the athletic department’s Irish Eye: A Review of the 1982 Notre Dame Football Season, the following excerpt features John Lewandowski’s (’84) recap of Pinkett’s momentous play:

One series later, the Panthers once again were driving for the lead. From the Notre Dame 33, Marino found Dawkins open over the middle. However, with Mike Larkin in pursuit, Dawkins lost the handle and John Mosley recovered for the Irish at the 24. With the fumble, the momentum belonged to Notre Dame.

After an incomplete pass, Pinkett showed Pitt his Tony Dorsett moves by dodging five defenders and motoring 76 yards for the score. The Sterling, Va., native tried the left side of the Panther line before cutting back into the center of the field for daylight to up Notre Dame’s lead to 24–16 with 8:09 remaining.

“It was a sprint-draw play on which I have the option to go out or cut across,” said Pinkett, who riddled the Pitt defense for 112 yards on only 10 carries. “I saw the two guys collapsing on me, but I saw a little bubble between them. I just decided to get through there as quickly as I possibly could.”

The Irish defense forced Pitt to punt on the next series. Notre Dame then put together one of its most impressive drives of the 1982 campaign to seal the Panthers’ fate.

Joe Howard raced around end for 18 yards on first down from the Irish 35. After Pinkett picked up four more yards, Moriarty exploded into the secondary on a quick opener for 29 yards to the Pitt 14. Pinkett, who registered his second consecutive 100-yard game, capped off the six-play, 65-yard drive with a seven-yard scoring romp. Johnston’s conversion finished the scoring with 4:06 left. 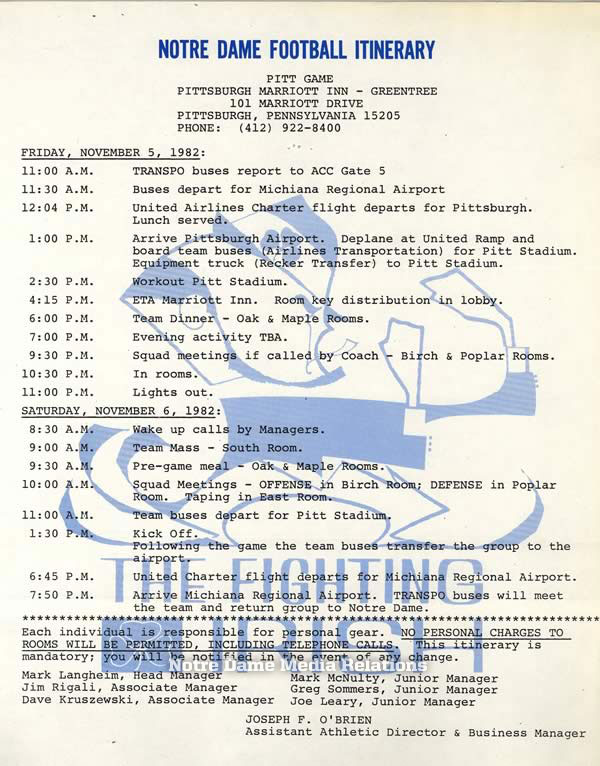 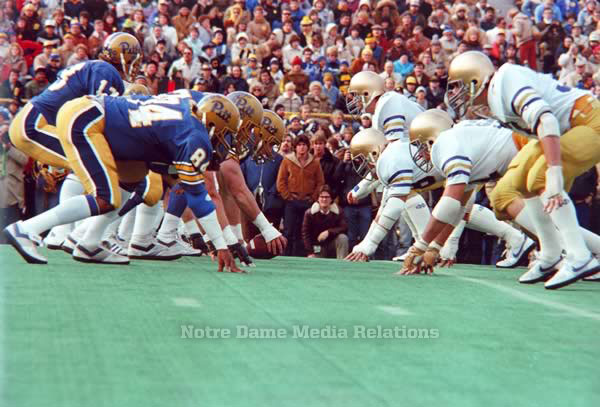 The Panthers entered the game with a 7-0 record and were ranked No. 1 in the nation. 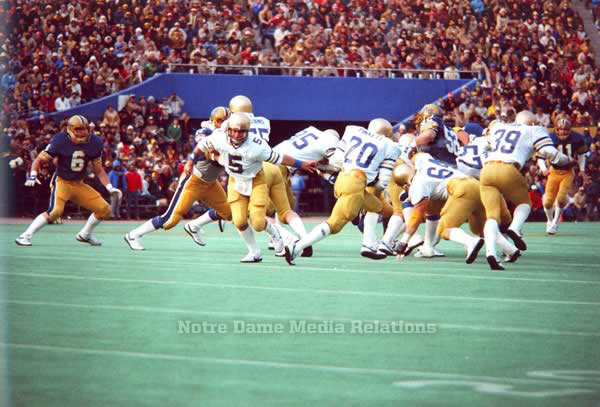 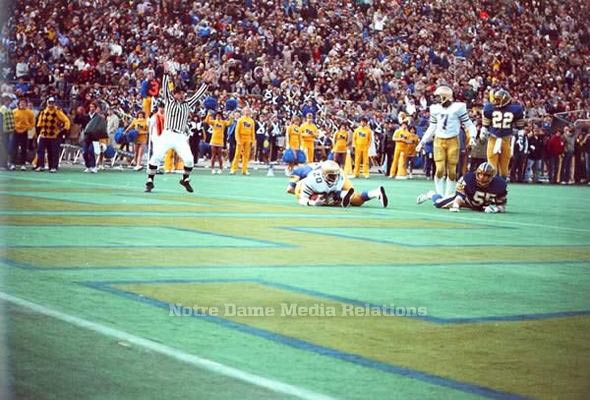 Running back Allen Pinkett seals the Irish victory with his second touchdown of the game. 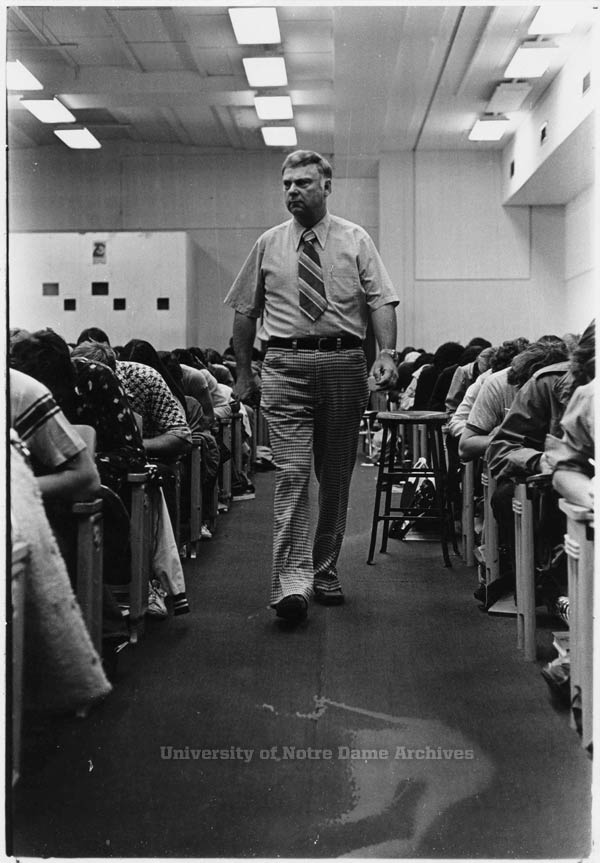