The Last Flight of Knute Rockne

In March 1931, head coach Knute Rockne (‘14) boarded Transcontinental and Western Air Flight 599, headed to Los Angeles to participate in the production of The Spirit of Notre Dame. Tragically, the plane went down a few miles west of Bazaar, Kan., killing Rockne and the other seven on board. After leading Notre Dame to back-to-back national championships, Rockne’s death devastated the university community and shook the United States, with President Herbert Hoover declaring it “a national loss.” In this ‘Strong and True’ moment, former Irish head coach Ara Parseghian recalls his childhood, and the time he found out about the Irish coach’s passing. The accompanying images from the crash, as well as Rockne’s funeral, are from the University of Notre Dame Archives. 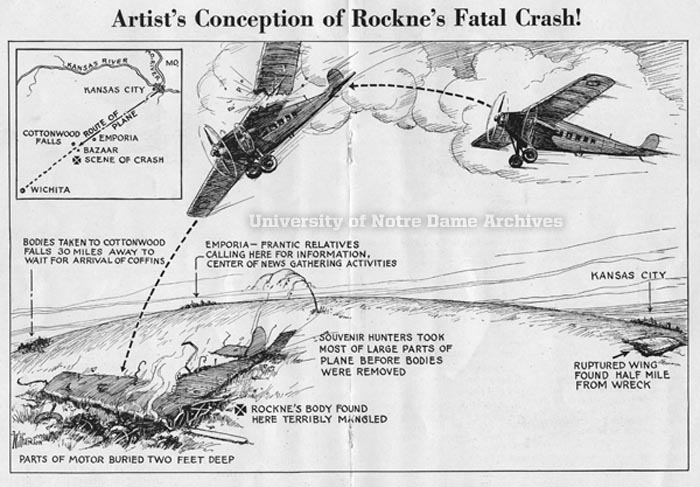 An artist’s drawing depicting the tragic plane crash that took the life of Knute Rockne and seven others. 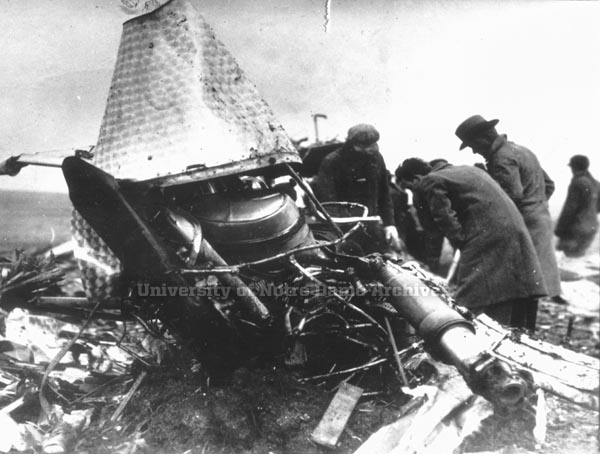 Looking through the wreckage of the TWA Flight 599 crash. 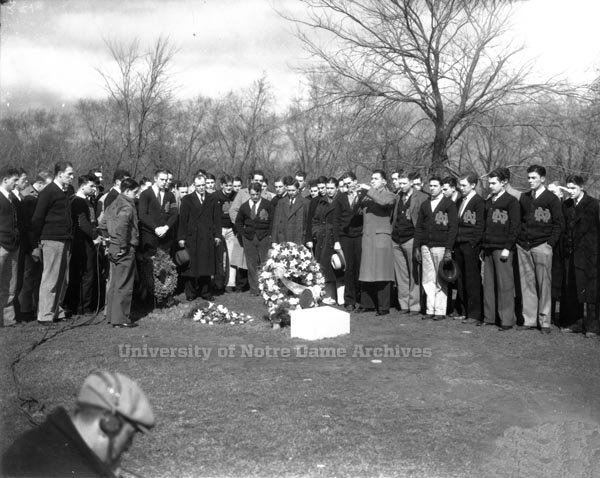 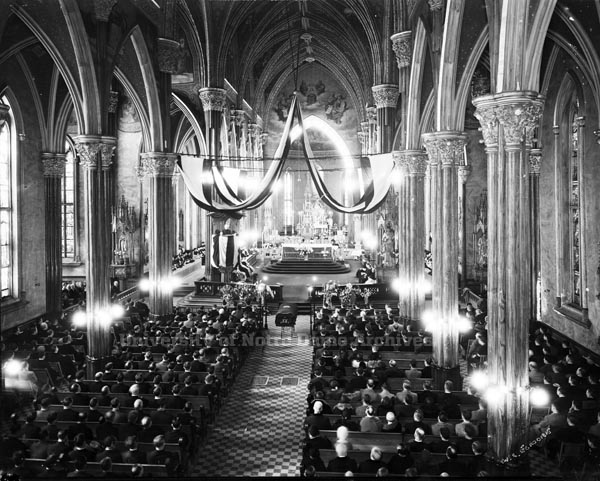 Rockne’s funeral at the Basilica of the Sacred Heart. 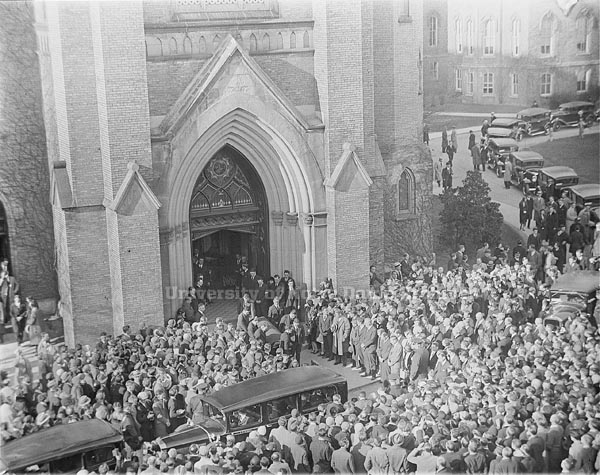 A crowd of people gather outside the Basilica for Knute Rockne’s funeral. 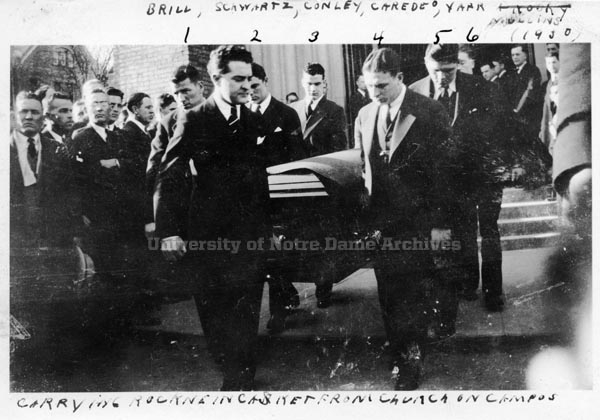 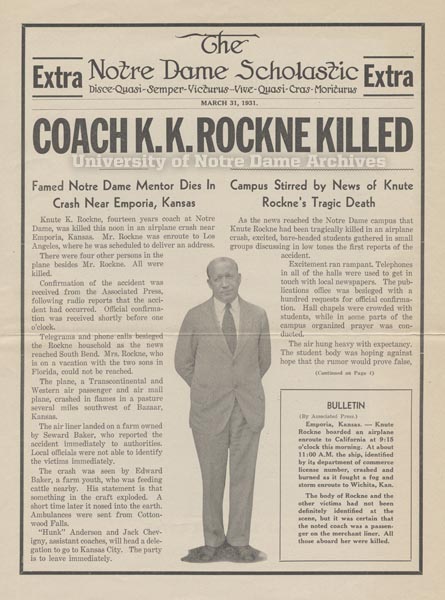