On Dec. 6, 1888, the Harvard School of Chicago football team arrived on Notre Dame’s campus. More than 500 students and many South Bend residents came out to watch the contest in just the university’s second year of gridiron competition. The Harvard rush line was no match for Notre Dame’s players, who outweighed their opponent by an average of 23 pounds. Halfback Harry Jewett and captain fullback E.C. Prudhomme helped Notre Dame to a 20-0 win, its first football victory in school history. Little did anyone know at the time, that this was the beginning of a storied football program. Since that day in December 1888, Notre Dame has won more than 860 football games. In this ‘Strong and True’ moment, look back on the team’s first win through images from the University of Notre Dame Archives. 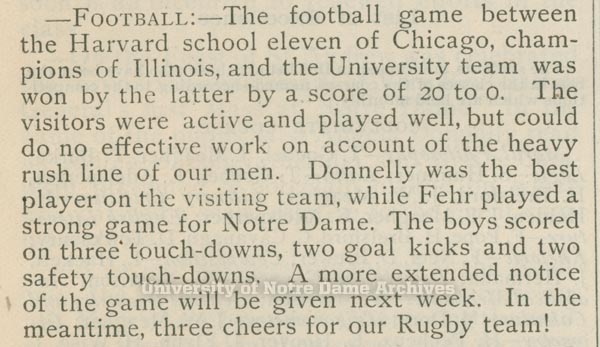 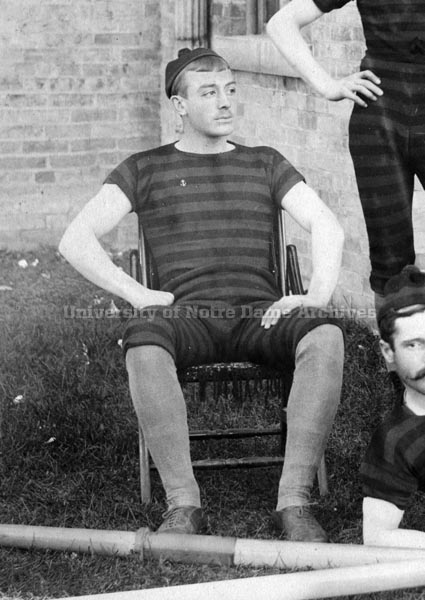 E.C. Prudhomme was a member of Notre Dame’s Yosemite crew team, while also playing fullback and captaining the football squad. 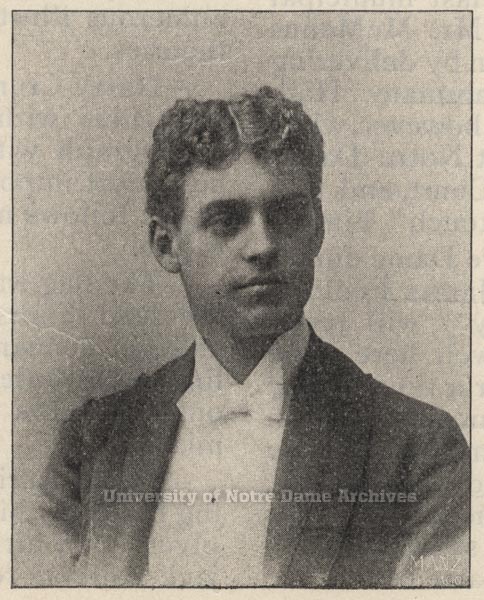 John B. Meagher was listed as a “rusher” (offensive lineman) on the 1888 Notre Dame roster. He was from Mankato, Minn. and earned a Bachelor of Law in 1889. 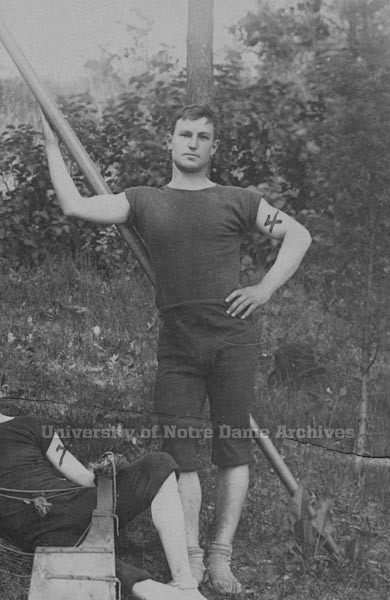 J. Mattes was a “rusher” for the 1888 Notre Dame team and also rowed for the university’s Evangeline boat. 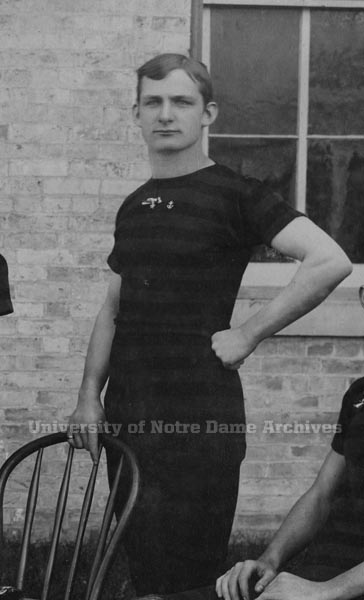 E. Coady quarterbacked Notre Dame to its first win, a 20-0 victory over Harvard Prep. Coady was part of the Yosemite boat, along with teammate E.C. Prudhomme.