When Angelo Bertelli (‘44) was called into service by the Marine Corps in 1943, Johnny Lujack (’48) took over at quarterback and helped the Irish to a national championship. After spending nearly three years in the Navy, Lujack returned to Notre Dame for the 1946 season. Over the final two years of his college career, Lujack earned consensus All-American honors and the Fighting Irish did not lose a single game. The Connellsville, Penn. native’s best season came in 1947, when the senior became Notre Dame’s second Heisman Trophy winner. Lujack completed 61 of 109 passes for 777 yards and nine touchdowns, while also running for 139 yards and one touchdown on 12 carries, to top Michigan’s Bob Chappuis for the award. In this ‘Strong and True’ moment, look back on Lujack’s Notre Dame career and Heisman season in a collection of photos from the University of Notre Dame Archives. 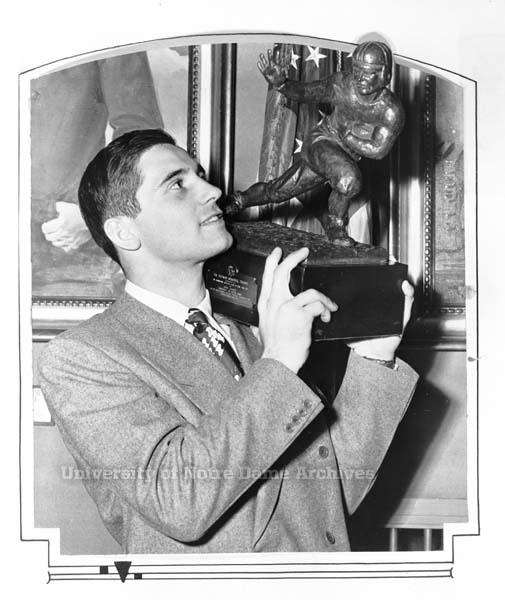 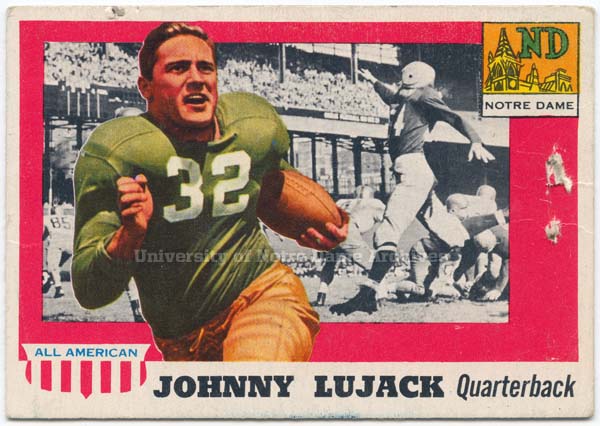 Lujack earned consensus All-American honors as a junior and senior in 1946 and 1947. 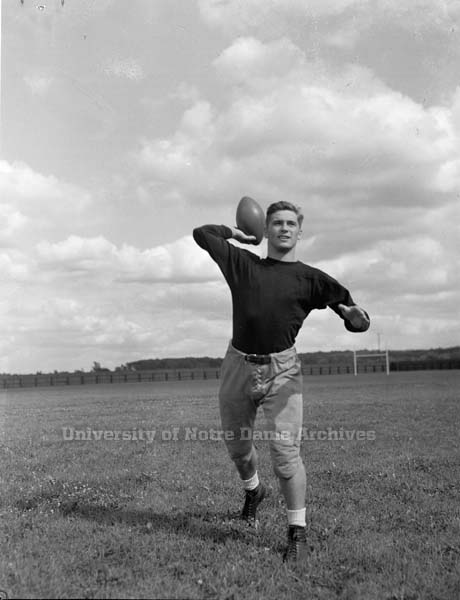 Lujack in a posed action photo, circa 1943. He spent nearly three years in the Navy, before returning to Notre Dame for the 1946 season. 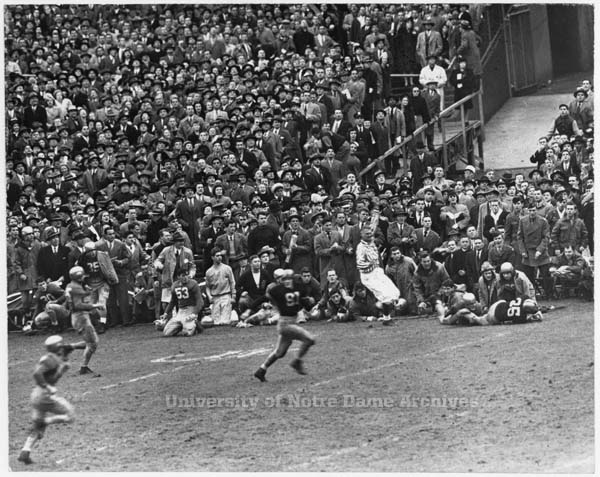 Though he earned the Heisman for his offensive performance, one of the greatest plays of Lujack’s career came on defense. In Notre Dame’s “Game of the Century” against Army in 1946, Lujack tackled Doc Blanchard to preserve a scoreless tie between the #1 Cadets and #2 Fighting Irish. 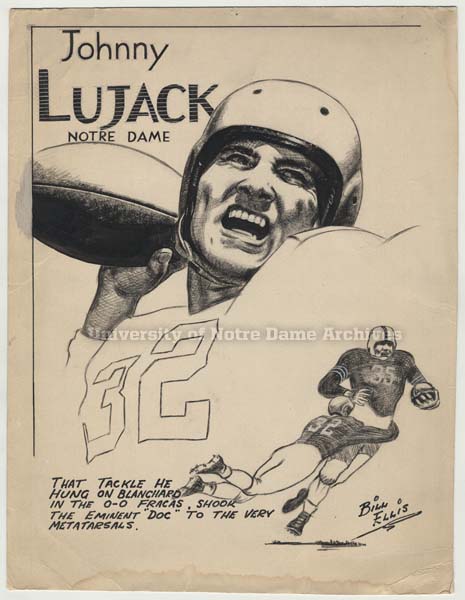 Two drawings of Lujack by Bill Ellis. The second captures Lujack’s touchdown-saving tackle against Army in 1946. 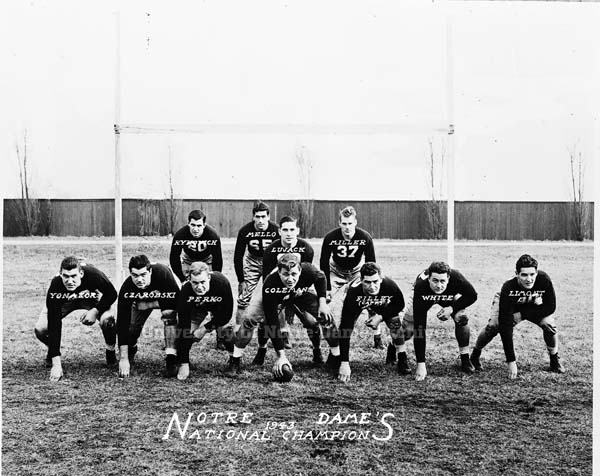 Lujack was a member of three national championship teams while at Notre Dame, including the 1943 squad. 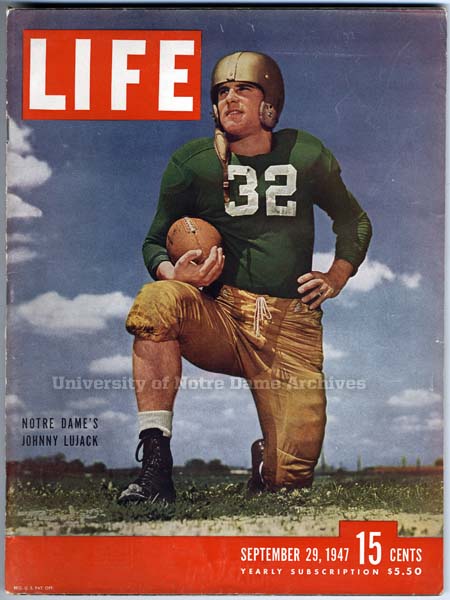 The Irish quarterback appeared on the cover of Life on Sept. 29, 1947. 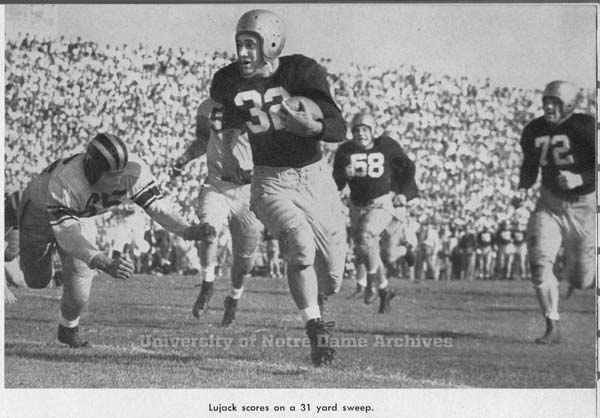 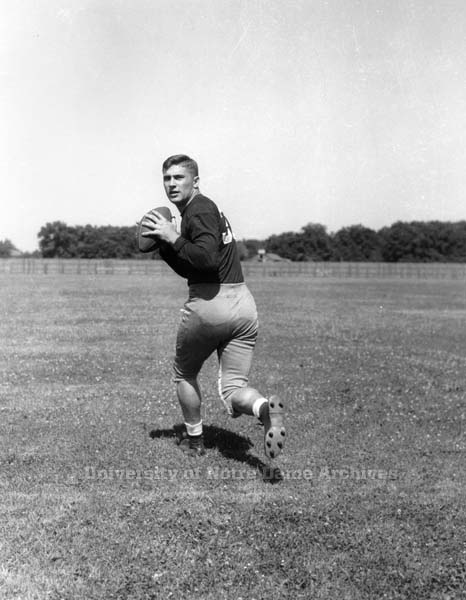 Though he spent most of his time at quarterback, Lujack also played halfback during his Irish career.