After finishing the 1992 season with a 9-1-1 record, #5 Notre Dame met #4 Texas A&M in the 1993 Cotton Bowl. Led by the powerful “Thunder & Lightning” running game of Jerome Bettis and Reggie Brooks (‘93), the Irish rushed for 290 yards, while holding their opponent to just 78. Brooks finished with 115 yards and Bettis added 75 yards, as Notre Dame defeated the unbeaten Aggies 28-3, on New Year’s Day in Dallas. In this ‘Strong and True’ moment, relive the victory through the detailed game highlights and accompanying images from the University of Notre Dame Archives. 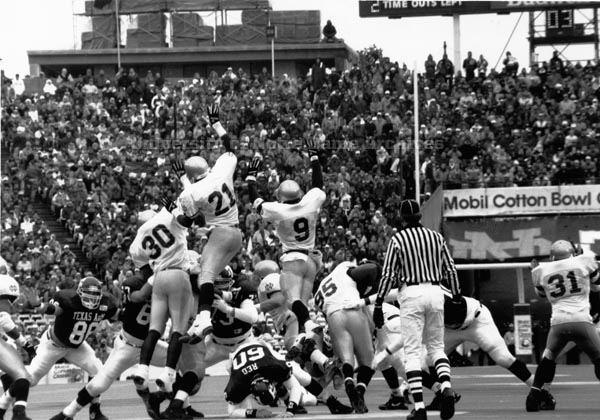 Linebacker Devon McDonald (‘92) (not pictured) had 10 tackles and one sack, and was named the Cotton Bowl’s defensive MVP. 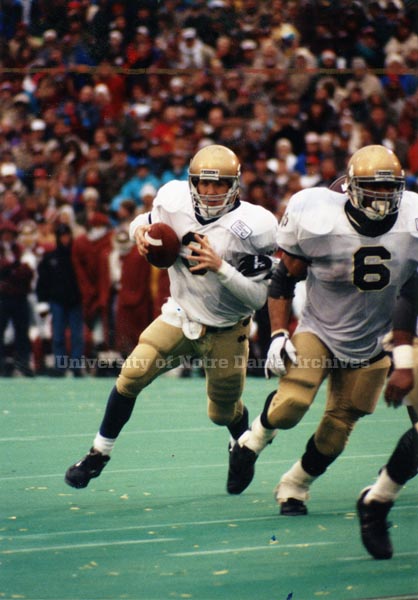 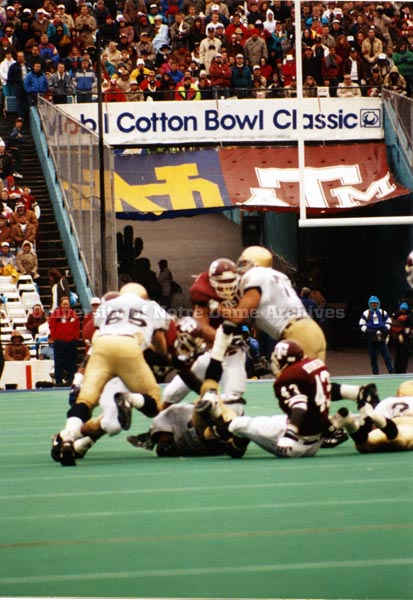 At one point in the second half, Notre Dame ran the ball on 34 consecutive plays.