During the summer of 1913, Charley ‘Gus’ Dorais (‘14) and Knute Rockne (’14) practiced the forward pass while working as lifeguards on a beach in Ohio. On Nov. 1, Notre Dame met Army for the first time in West Point, N.Y. Led by head coach Jesse Harper, the Irish debuted the pass – an offensive scheme that surprised the Cadets and shocked the sporting world. It helped counteract Army’s size advantage, and Dorais completed 14 of 17 attempts for 243 yards, as the blue & gold cruised to a 35-13 win. In this ‘Strong and True’ moment featuring images from the University of Notre Dame Archives, look back on the pass that revolutionized the game, and the victory that put Notre Dame football on the national map. 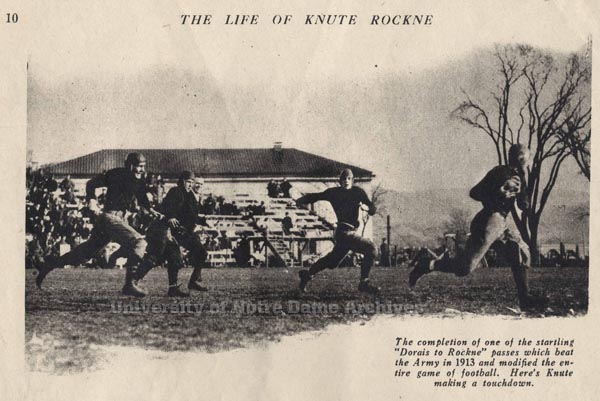 “Dorais to Rockne” revolutionized the game of football. 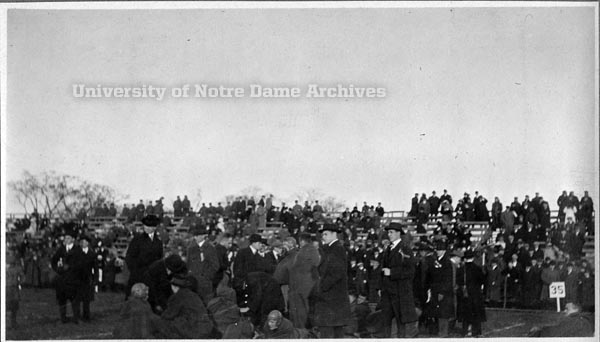 Players and fans on the field during halftime of the 1913 Notre Dame – Army game. 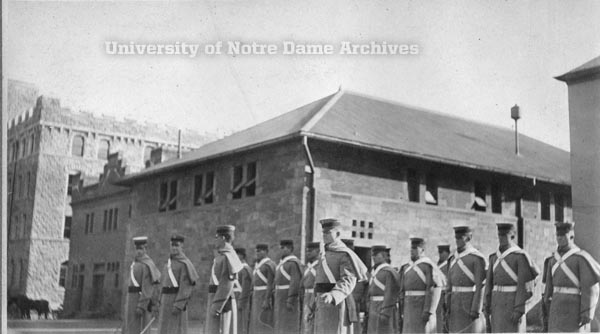 The Army football team in uniform at West Point. 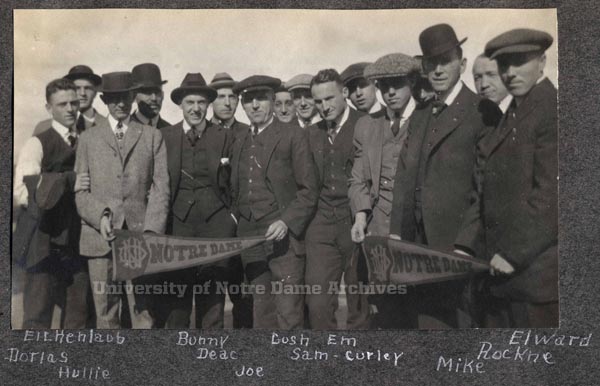 Members of the Notre Dame football team during the 1913 Army trip. 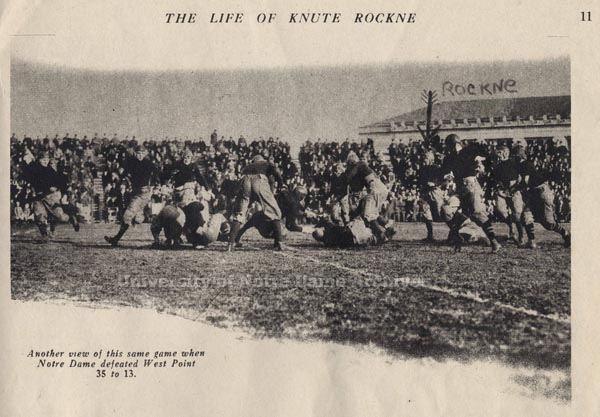 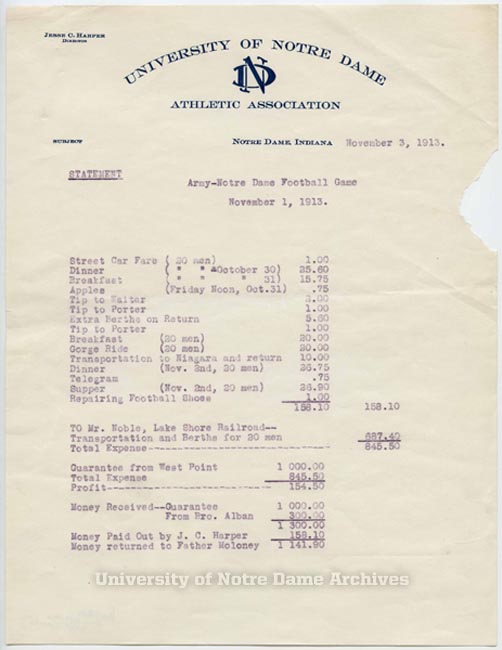