Coming off the Game of the Century tie at Michigan State, #1 Notre Dame traveled to Los Angeles for the season finale against #10 USC. Starting in place of the injured Terry Hanratty (‘69), backup quarterback Coley O’Brien (‘69) threw for three touchdown passes and more than 250 yards. The stellar Irish defense returned two interceptions for touchdowns and shut out the Trojans, 51-0. The victory cemented the Fighting Irish’s place as the top team in the country, and earned head coach Ara Parseghian his first of two national championships at Notre Dame. In this ‘Strong and True’ moment, look back on the game in images from the University of Notre Dame Archives. 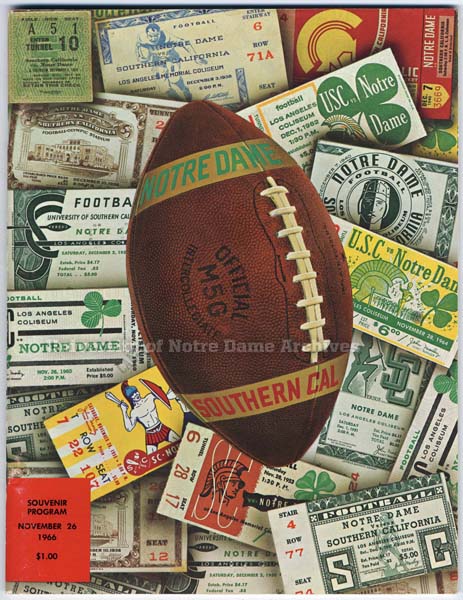 Dave Martin (#56) intercepts a pass in the fourth quarter. He returned it 33 yards for a touchdown. 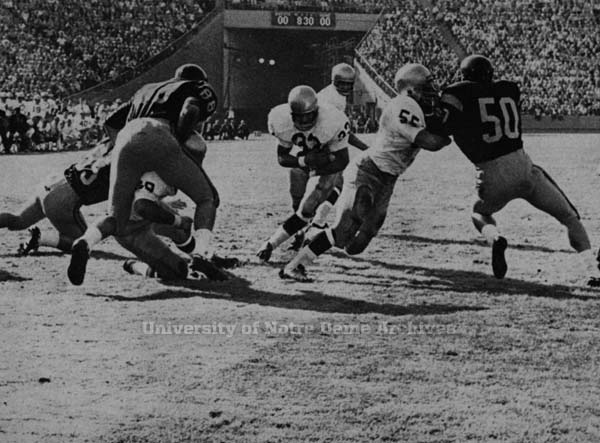 Irish running back Larry Conjar (#32) carries the ball during the first quarter. 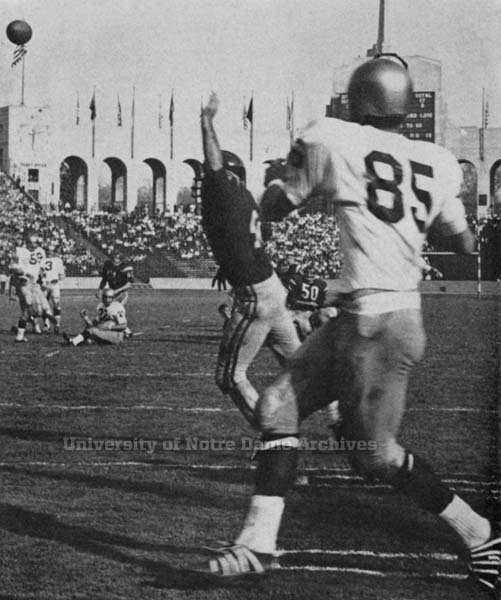 Game action from the 1966 matchup between the Fighting Irish and Trojans. 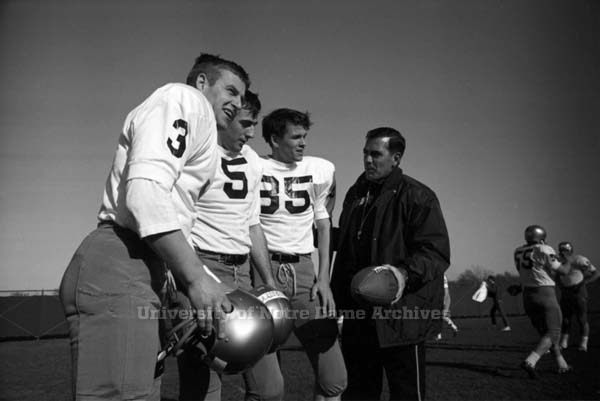 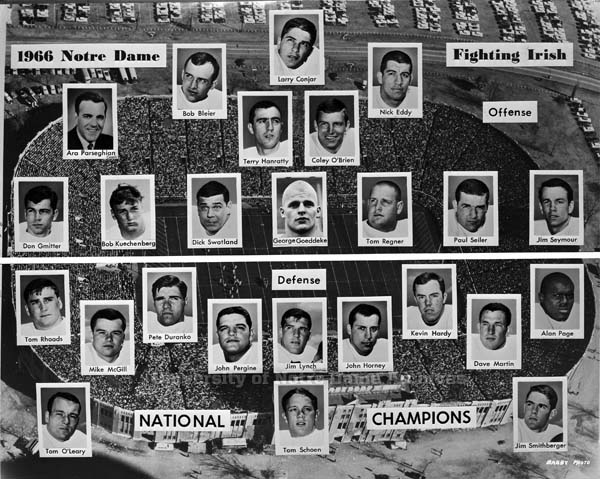 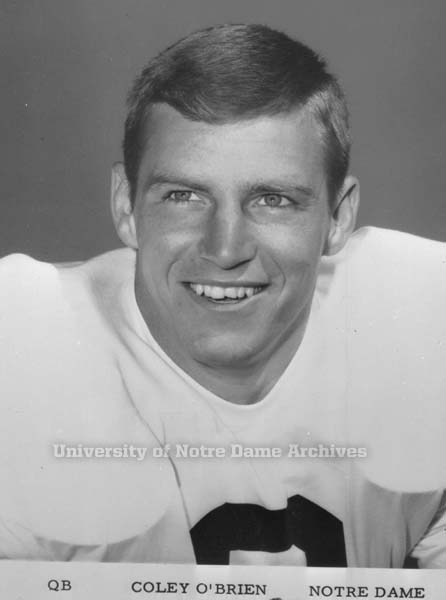 Coley O’Brien (‘69) played in place of the injured Terry Hanratty (’69). It was the only start of O’Brien’s college career at quarterback. He switched to halfback after the season, and Hanratty returned to his starting spot. 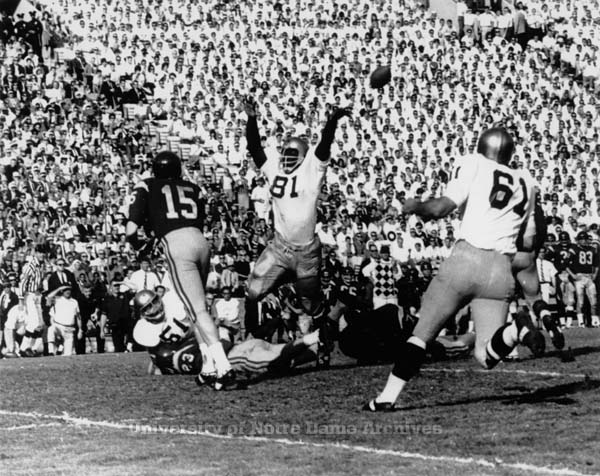