In 1977, head coach Dan Devine surprised his team by ordering special jerseys for the game against USC. The Irish warmed up in their traditional blues, but when they returned to the locker room before the game, green uniforms were hanging in their lockers. It was an unforgettable scene, as the team stormed out of the locker room behind a Trojan horse to a thunderous ovation from the sellout Notre Dame Stadium crowd. Led by quarterback Joe Montana (‘79), tight end Ken MacAfee (’78) and linebacker Bob Golic (‘79), #11 Notre Dame dominated #5 USC, 49-19. Afterwards, the Irish went on to win six more games to earn their 10th consensus national championship. In this ’Strong and True’ moment, Steve Orsini (‘78), Ross Browner (’78), Vagas Ferguson (‘80), Luther Bradley (’78), and Kris Haines (’79) look back on what is affectionately known to Irish fans as “The Green Jersey Game.” 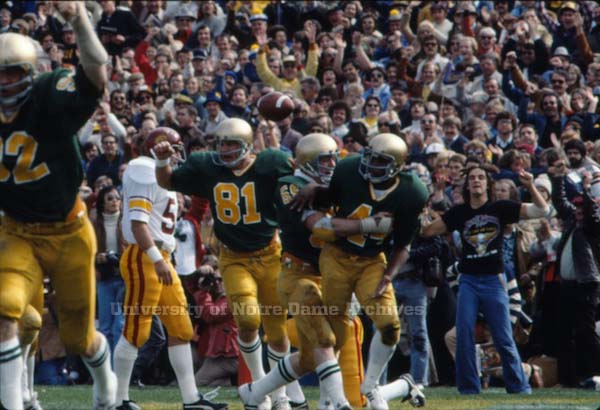 Ken MacAfee (#81) celebrates one of his two touchdowns that helped the Irish to a 49-19 win. 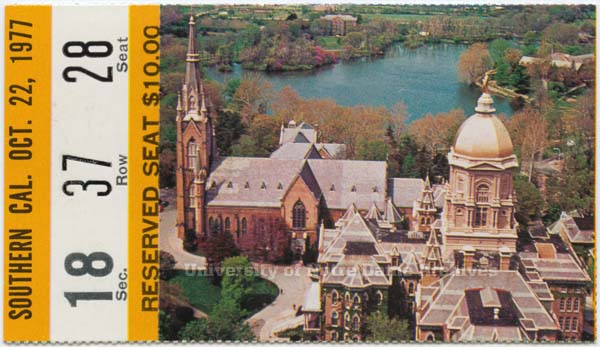 A ticket from the 1977 game between Notre Dame and USC. 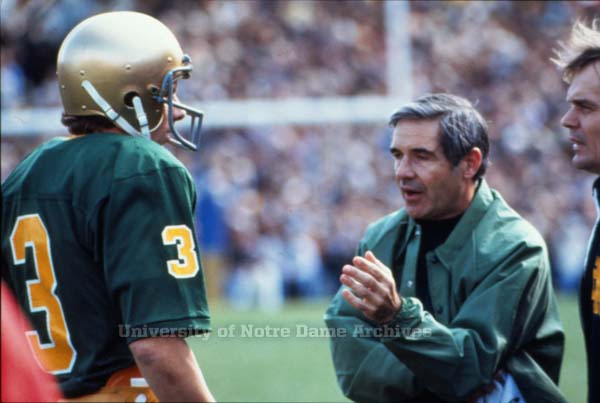 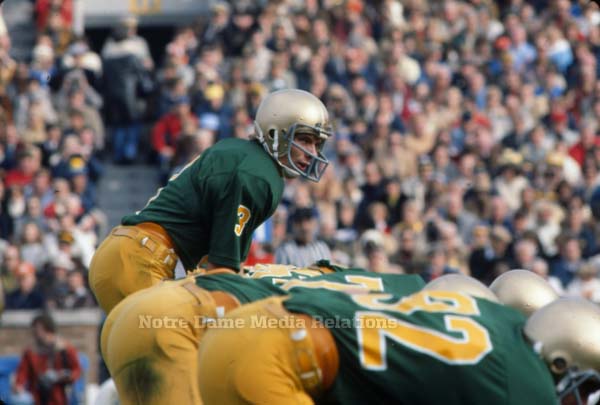 Joe Montana threw two touchdown passes and ran for another two, in what became known as the “Green Jersey Game.” 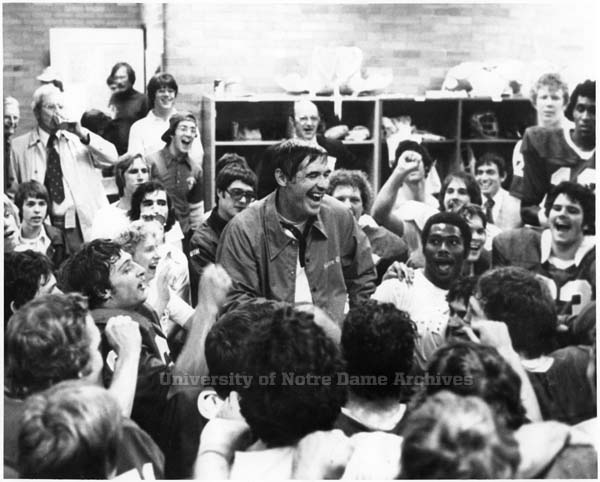 The Irish celebrate in the locker room following their resounding victory over the #5 Trojans.