The First Bowl Trip: One For The Ages (The Journey) 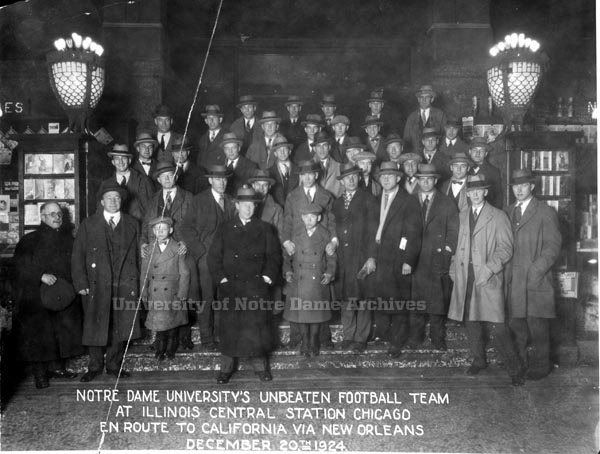 The 1924 Fighting Irish at Illinois Central Station in Chicago, on their way to California.

After closing out the 1924 regular season with a 40-19 victory at Carnegie Tech, Notre Dame’s historic year concluded with the team’s first bowl trip, a long journey to the west coast for a Rose Bowl matchup with Stanford. The Irish left eleven days before the game and made several stops along their way to California. In this ‘Strong and True’ moment, author Jim Lefebvre looks back at Notre Dame’s unprecedented trip. The accompanying images are from the University of Notre Dame Archives.

Knute Rockne’s 1924 “wonder team,” led by the Four Horsemen and the Seven Mules, ripped through the regular season with a 9-0 mark, before heading to southern California for a January 1, 1925 meeting with Pacific coast champion Stanford at the Rose Bowl. It would be no ordinary trip, but rather a three-week celebration of this special group of young men. In a time of widespread anti-Catholicism, the Irish were becoming a source of intense pride for Catholics across the U.S. No bowl trip before — or since — has looked anything like it.

The backdrop to the 1924 football season was the confrontation that occurred in downtown South Bend on May 17-18 of that year. Ku Klux Klan membership in Indiana had reached 400,000, and the Klan targeted South Bend, at the foot of Notre Dame and Catholicism. It organized a major rally, which was met by resistance from local ethnic Catholics…and Notre Dame students, 500 of whom marched into a Klan ambush that resulted in bottles, stones, clubs, and many other objects thrown about. Police charged the scene and injuries resulted among the demonstrators, Klansmen, police and bystanders. The Klan used the incident to characterize Catholic youth as hoodlums restricting their speech.

As the fall semester began, Father John O’Hara, Notre Dame’s prefect of religion, began entertaining ideas of how to counteract the hooligan image of Notre Dame students held by many, as the result of the Klan’s propaganda campaign. He was handed the perfect vehicle that fall, when Rockne’s team gained national acclaim as it defeated top squads from every section of the country.

The trip to Pasadena was largely O’Hara’s doing, though Rockne liked the idea of gradually acclimating the team to the expected warmer weather. The train trip began from Chicago Dec. 20, with lengthy stops in Memphis, New Orleans, Houston and Tucson en route to Pasadena.

At each stop, the Irish were feted by local Notre Dame alumni, Knights of Columbus groups, other proud Catholics, and fans of extraordinary football. There were banquets, receptions, and usually Mass with the local bishop. At one point on the way to Pasadena, Rockne felt his troops were feeling the psychological effects of too many feasts on the trip and that the players needed a different regimen, so he cancelled a scheduled stop in El Paso, Texas, to get to Tucson sooner.

Notre Dame used the extra time in Tucson for practice. “We have been giving alibis for four days,” the coach scolded his players. “We are going to get down to business. We’ve got a reputation to uphold and we are going to win from that coast gang.”

A huge crowd greeted the Irish upon their arrival in Los Angeles, including world heavyweight champion Jack Dempsey. Fans strained to get a look at the players. One Chicago writer noted that “never before in the history of football along the Pacific seaboard has so much interest been shown in a pending gridiron struggle.” The game would be seen by a capacity crowd of 53,000, and “if the stadium was larger, double that number of tickets could have been sold.”

Excerpted from Loyal Sons: The Story of The Four Horsemen and Notre Dame’s 1924 Champions, by Jim Lefebvre. Used with permission of Great Day Press. 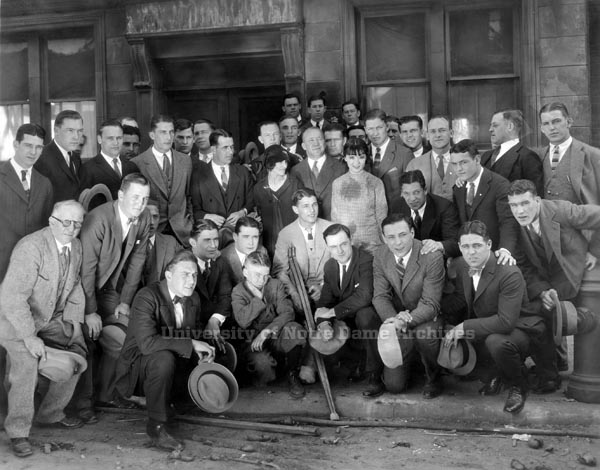 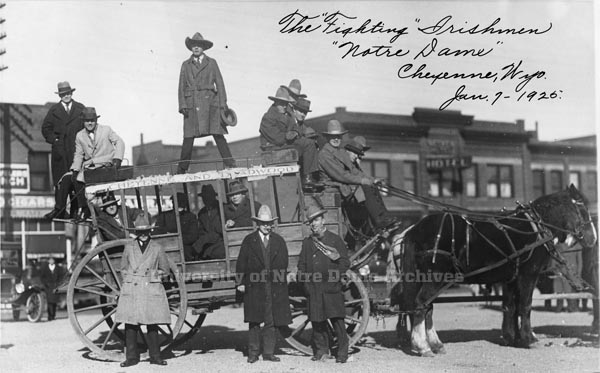 The trip back to South Bend included a stop in Cheyenne, Wyo., among several other locations. 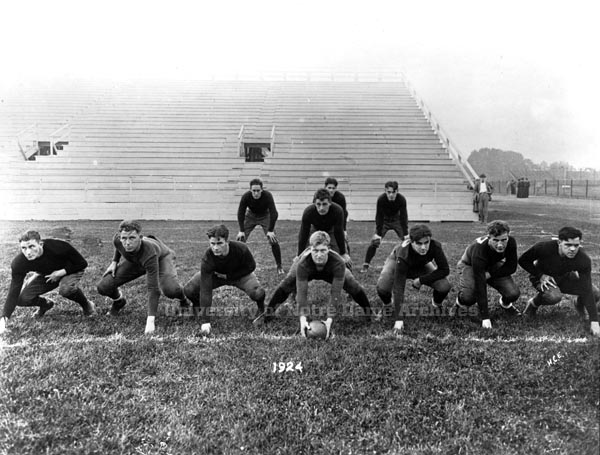 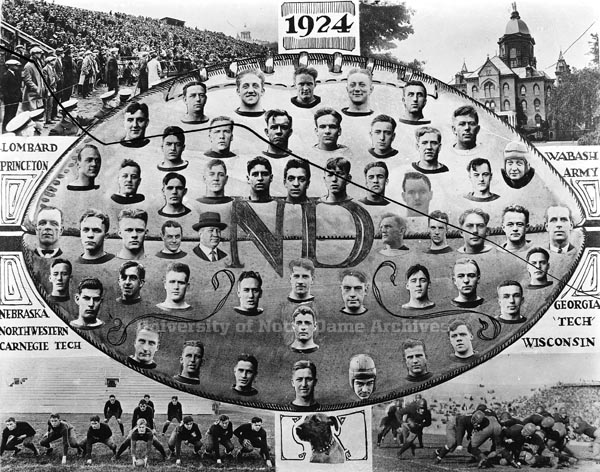