In Nov. 1989, Notre Dame saw its 23-game winning streak come to an end at the Orange Bowl at the hands of the Miami Hurricanes. Just over five weeks later, the Fighting Irish returned to South Florida, taking on #1 Colorado in the 1990 Orange Bowl. Led by Anthony Johnson (‘90) and game MVP Raghib ’Rocket’ Ismail, Notre Dame closed out the season with a 21-6 victory over the Buffaloes. Like many games in the 2012 season, the win was highlighted by the play of the Fighting Irish defense, and included a memorable goal line stand. In this ‘Strong and True’ moment, look back on the win through highlights as described by Don Criqui (’62), as well as images from the University of Notre Dame Archives. 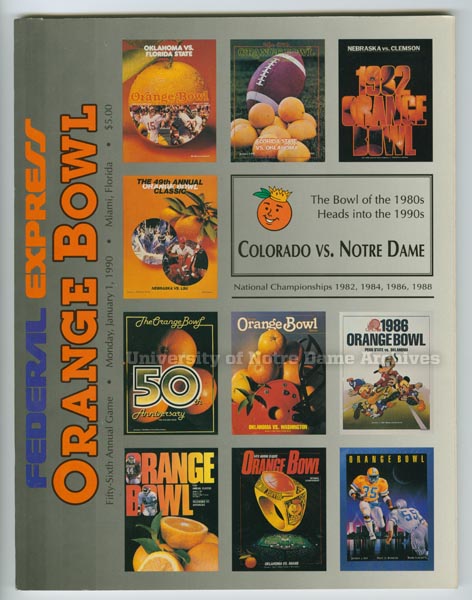 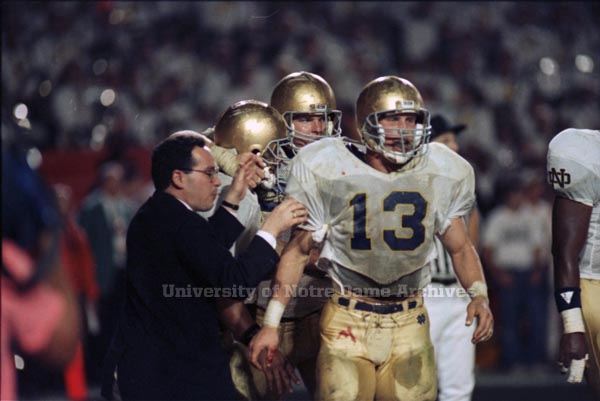 Split end Pat Eilers (’90) receiving treatment after injuring his hand against the Buffaloes. 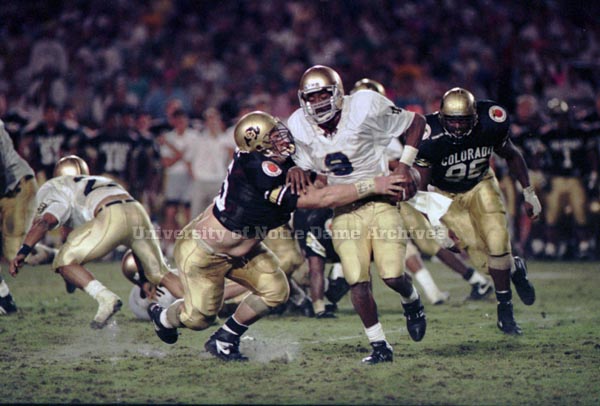 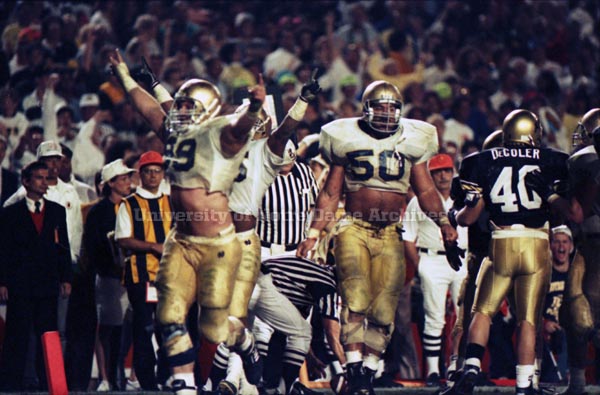