In 1943, quarterback Angelo Bertelli (‘44) helped lead the Fighting Irish to a dominating 6-0 start in which the team averaged 43.5 points per game. After Notre Dame’s victory over Navy in late October, the Marine Corps called Bertelli into service, ending his college football career. He completed 25 of 36 passes for 512 yards and ten touchdowns, and despite missing the final four games of the season, the Springfield, Mass. native became Notre Dame’s first Heisman Trophy winner. Bertelli was notified that he had won the award while stationed in Parris Island. After listening to the Irish lose against Great Lakes in the final game of the season, he was devastated, but his disappointment turned to joy, when he received a telegram stating that he had won the Heisman Trophy. Soon later, the celebration became even better, when the Associated Press voted Notre Dame as the national champion, despite losing the final game of the year. In this ‘Strong and True’ moment, look back on Bertelli’s historic award in a series of images from the University of Notre Dame Archives. 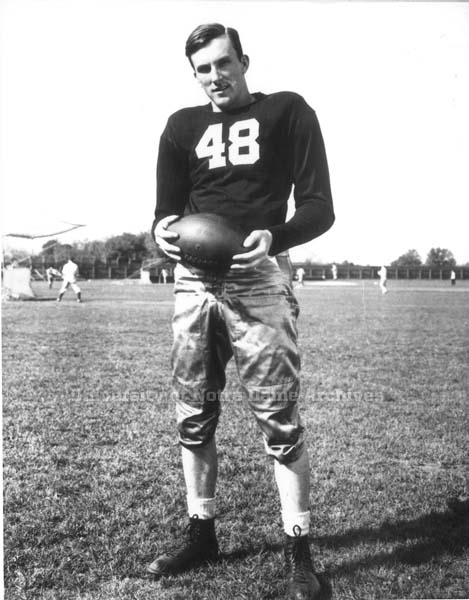 Angelo Bertelli poses in uniform on a practice field. 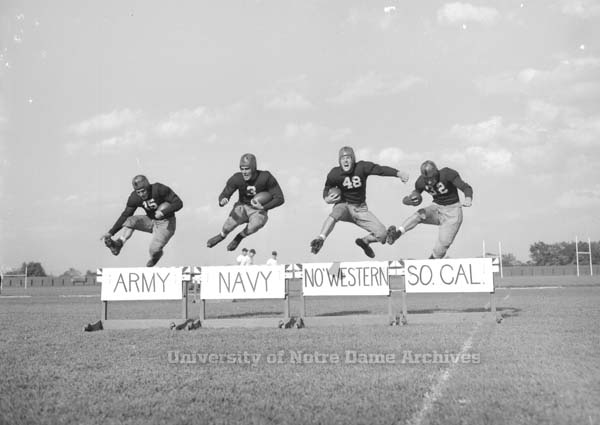 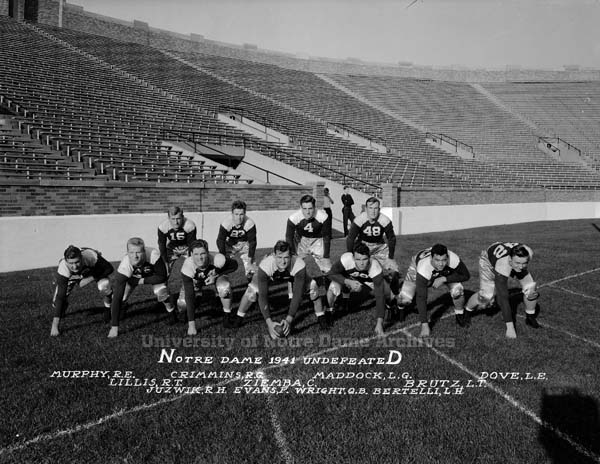 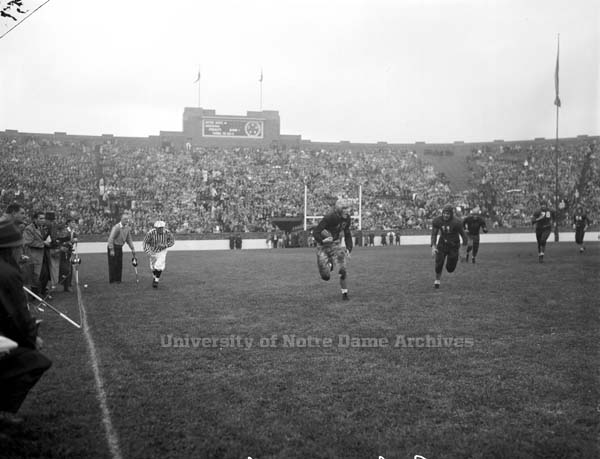 The Irish quarterback runs in a 1941 game against Indiana. 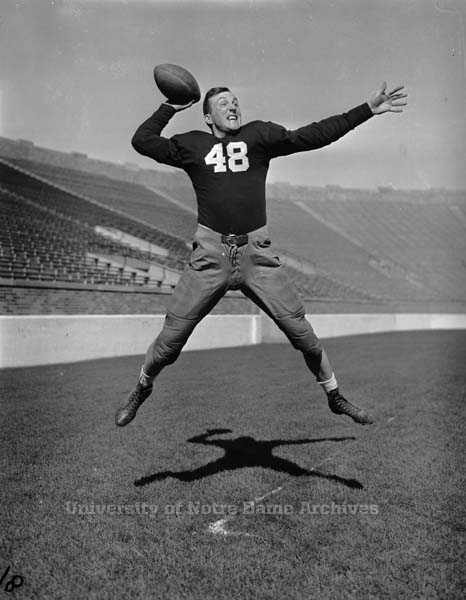 Bertelli in a posed action photo inside Notre Dame Stadium. 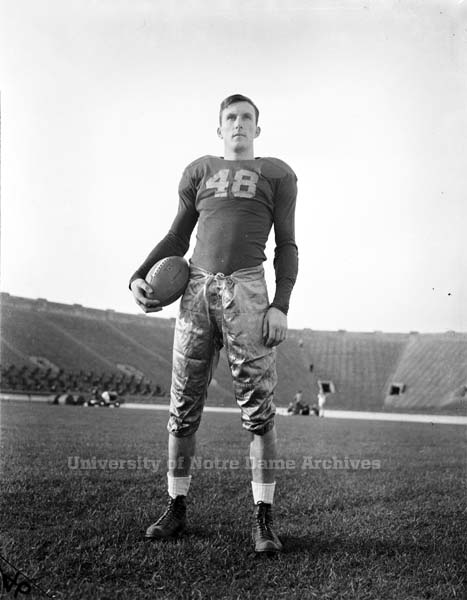 During his Heisman season, Bertelli threw for 512 yards and ten touchdowns, while completing 25 of 36 attempts. 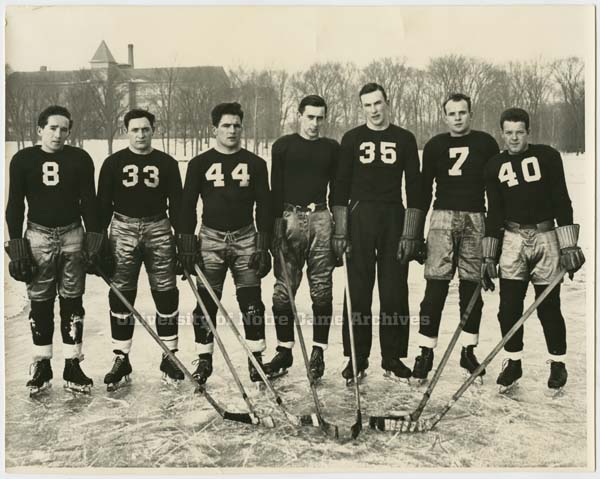 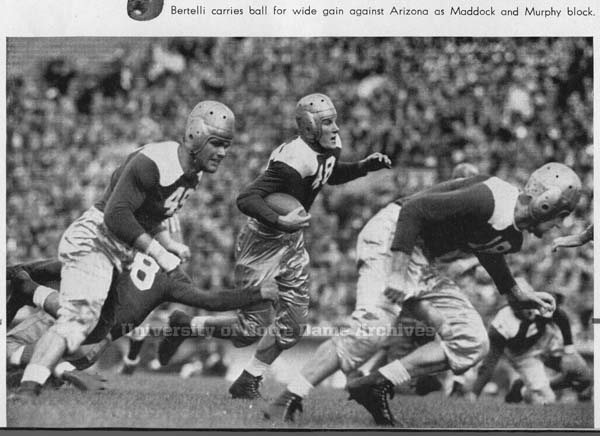 Bertelli carries the ball against Arizona in 1941.